"You want your fortune read, is that so? Come, spit in that cup- throw its contents to the fire. Your future will rise from the smoke, and I will reveal it to you."
— Danatelian Sabeyun


For devout priest of the Saohri Temple, only the esteemed Sumia Kahin are authorised to read the will of the gods through omens. However for the common folk, those who cannot seek the services of a Sumia Kahin as they wish, it has become a common occurence to seek out the service of Sabeyuns. These people, similarly to priests, have a close relationship to the gods of the Saohri pantheon. Unlike priests however, they are affiliated to no temple, and reject the authority of the Sumia Kahin.

Not everyone may be initated into the secrets of the Sabeyuns. They must show affinity for magic, and a natural sensibility for the language of the world. Often times Sabeyun are excentric, aloof, and lost in daydreams, giving them a mysterious reputation and leading to all sorts of superstitions around them. Because Sabeyuns are not affiliated to any temples or official doctrines, their education can vary widely from once place to another. Most often Sabeyuns identify as belonging to one school or praxis, which can be traced back to a Nasbarin who originated the school of thought by a chain of teachers.

Sabeyun schools are esoteric and closed: one must be initiated by a master, who will teach them the skills required to become a Sabeyun. These teachings include knowledge of plants and herbs, of spells and rituals, of songs and poems, all meant to heal and protect. It is also said Sabeyuns are capable of divining the will of the gods through natural elements.

"You will hear the voice of Aher in the wind, read the will of Kirïal in the morning frost. The world speaks the will of the gods, and you will learn to understand it like any other language.
— Teacher to their pupil


Villages will rarely have more than one Sabeyun (excluding pupils), and it is rare for any town with a priest or temple to have a Sabeyun. When a Sabeyun finishes their formation, it is common for them to depart to another village, where their services might then be required.

Sabeyuns tend to have a good reputation amongst the villages they live in. They are the village doctor, therapist, councellor- whatever someone needs, the Sabeyun can often fulfill that role. However, due to the esoteric nature of their education and practices, they become easy scapegoats in times of hardships. As such, it is very important for Sabeyuns to cultivate good relationships with their fellow citizens, so that they do not find themselves thrown at the pyre to appease the gods.

Amongst the high class, Sabeyuns make for very entertaining figures- it is not uncommon for powerful houses to have their own private Sabeyun, though most often these "Sabeyuns" are exagerated caricatures acted out by charlatans looking for easy money. Sabeyuns also make recurring appearances in books and poems, often as guides to young and innocent protagonists. 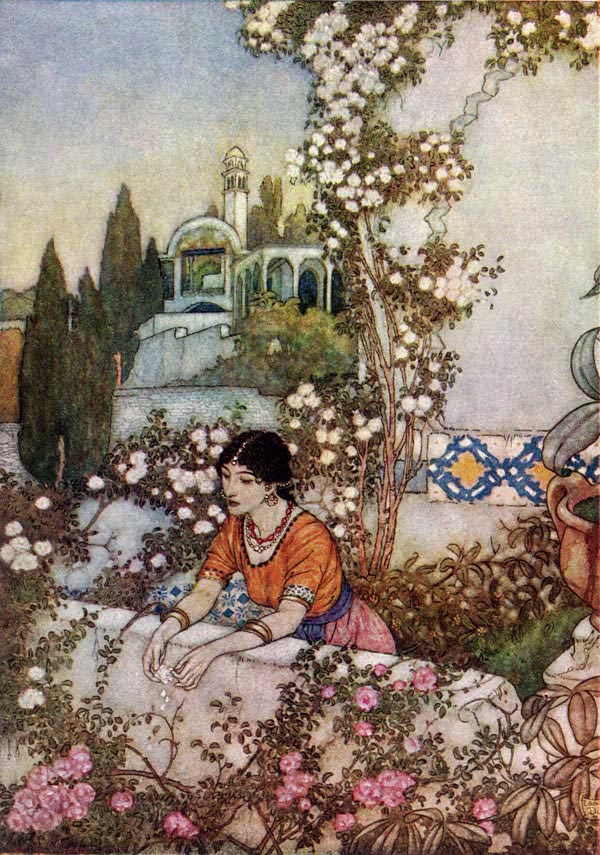 Sabeyuns are easily recognisable by the five eye tattoos on their face. These are often self tattooed, using a selection of bone tools and black ink. The eyes are located on each cheek, cheekbone, and on the center of the forehead. The addition of these five eyes (bringing the total up to seven) is meant to symbolise a closer connection to the Saohri gods. In the rare case a Sabeyun looses one or both of their actual eyes, it is common for these lost eyes to be replaced by tattoos on their face.

Another quick one! Hope you guys enjoy it, please leave some feedback / questions if you got any!

Very interesting article! I am a bit confused as to the legality of this profession. It seems it is clearly legal, yet the beginning of the article made me think of this profession as more... secretive. The first paragraph, not quote, made it seem like even to non-priests, trying to divine the will of the gods was not allowed.

Ooh right the legality, I completely forgot to make a clear mention of that, thank you for pointing it out! I'm glad to hear you enjoyed it :D <3 !

Interesting take on the fortune telling section. I have my share of different seers, oracles and fortune tellers in Phaldorya, and I like that some line of thinking are common. I enjoyed your article and I am curious to see more interaction between Sabeyuns and the temple people.

Thank you for the kind words! I'm a huge fan of seers and oracles so if you want to drop some links please feel free! I think I might develop their relationship further in some other works :)

It's a part still to develop in Phaldorya... It's all in mind so no link yet... As soon as I will get the inspiration I will let you know... The first bit will be probably Ariadne that's one of the main characters in the campaign that I still hope to progress at some point with my friends...

The article about Samara's Eyes was already very well visited and so I decided to say something about it here instead, because I find both extremely successful. What I liked was, among other things, their flair, but also how they relate to priests, or rather how they relate to them, or also how the upper classes deal with them... and sometimes just keep up the pretense.   I also found the seven eyes particularly interesting, even though I'll be honest that it confused me a bit that they are tattooed on the face when they are lost. I thought that's where they were anyway and if the eyes were lost on the face there might be reasons that they couldn't be tattooed on "right back".   But as I said, I think the article is really good - as is the world itself and I look forward to the world's next competition entries.

Thats so kind of you, thank you so much for your kind words! I'm really glad to hear you enjoyed both works.   And oh gosh that probably wasn't made clear- what I meant is when a Sabeyun looses their actual eyes (like they go blind, or are attacked or something), an extra eye or pair of eyes is tattooed to the face to compensate the lost eyes! Thank you for pointing out that part, I'll edit it to make it clearer :)   Thanks again for the kind words friend!!

Ah, thank you for your explanation, that really makes sense ^^.