The Aehr of Arcairion are one of the two oldest known post-Silence species in the Orranysis galaxy (the other being the Thyorans of Thyor). They are, effectively, the benevolent overseers of the galaxy; while this may seem shocking and unfair to those not familiar with the species or the galactic political structure, this scenario is actually the best thing possible for peace and freedom in the galaxy. The Aehr essentially allow the worlds of the galaxy to operate as they please, so long as all follow the Obligation set down by the original Foundation committee to preserve life, liberty, culture, peace, and harmony throughout the known galaxy. To ensure this, the Galactic Representative Council is presided over by an appointed Aehr known as the Mediator, whose duty is to monitor proceedings in the Council, settle disagreements when they arise, and validate or veto Council decisions if absolutely necessary.

The Aehr, combined with the Thyorans, are the most technologically advanced non-Archaic race in the known universe, averaging at tech level 19. In 12.2 billion AGU the Aehr made the decision to use their technology to leave the universe and explore Eternity, effectively becoming a level 20 species (and over time becoming another race of Drifters).

Aehr are the archetype of the aehroid bodyplan, being vertical-aligned, bilaterally symmetrical tetrapods with endoskeletons. Their cognitive locus is housed within the head, which is slightly elevated above the torso by the neck. Each side of the torso has one upper limb and one lower limb; the upper pair functioning as the primary manipulators, and the lower set used as the primary ambulators. The lower section of the spine transitions into a medium-length tail primarily used as a balance mechanism.

Aehr are very visual cretaures, with hemifocal vision being facilitated by a pair of teardrop-shaped eyes at the front of the head.

The Aehr are universally bound by a set of simple principles called the Obligation, which they weaved into the foundations of the GDF during its formation. The Obligation's core philosophies are expressed very simply as curiosity, empathy, respect, and responsibility. The Obligation states that all life is precious, as is the process of nature in its probabilistic whims. Interference in the course of nature and sophonts' technocultural development is strongly discouraged except in the most dire circumstances, leading the Aehr to be very conscientious about their technological power and the impacts they leave on both their own worlds and the universe around them and striving to create a utopic society that benefits all involved with equity. They are also very strongly motivated by their desire to acquire knowledge for its own sake, preserving an almost childlike wonder towards possibility and new discoveries.

The Aehr are an ancient race, originating several hundred thousand cycles ago on a world that has been lost to time. In fact, they -in conjunction with the Thyorans- were the torchbearers of the Second Dawn, catapulted to the starfaring stage and beyond by Archaic relics and a mysterious entity known only as the Guide.

Several thousand years after Aehr-Thyoran contact, the Aehr moved their entire population to a colony planet called Arcairion. What became of their original homeworld, no one is sure of. It is presumed to still exist, though the location has never been disclosed or otherwise discovered.

After several other contact events, the Aehr and their new allies formed an interstellar governmental body called the Galactic Democratic Federation, with the Aehr chosen to oversee it due to their unique balanced sapience type.

The Aehr explored across the galaxy during this time. They visited many worlds, but preferred to simply observe rather than interact. On only a select few occasions did they interfere with the course of nature. 90 million cycles prior to Unification, the Aehr mounted an intensive, large-scale effort to transplant a "biospheric copy" of a world later known as Earth to a highly similar planet several thousand lightcycs away. More recently, they helped the inhabitants of the gaseous planet Uzz advance to the point of space travel; the only direct enlightening event ever enacted by the Aehr. 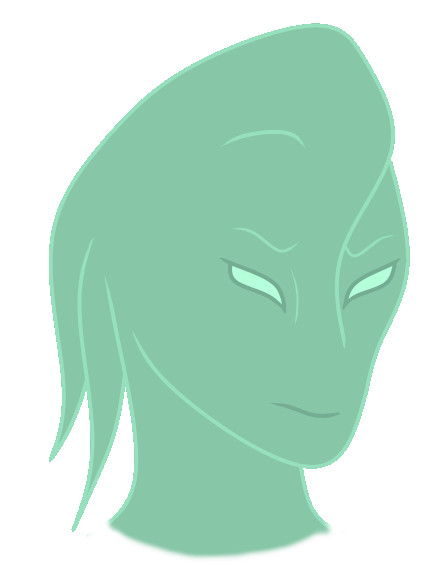