I don't think we found it. I think it called us - found us.
— Aldara the Dream-Eater

In the heart of the grey halls of Patala, deep within the unknown dark, the Singing Pit calls. It is a vast, abyssal shaft ringed by steps carved into the stone, the crumbling remnants of engravings and art haunting the faded stone like ghosts. At the very bottom, far from light, the floor and walls are streaked with gleaming Thought-Metal, hammered into the stone in irregular patterns. Once, the Pit would sing in the dark, glowing bright to the rhythm of human hopes and dreams before they were all extinguished. Now, after such a long, tomb-sealed silence, the Pit awakens.

As deep as a dream.
— Aldara the Dream-Eater

The path to the Pit is carved through one of the mushroom and water oasis in Patala's grey halls, at the intersection of two canyons. What was once a triangular corridor have been slowly crushed by time and the shifting stone into an weaving, uneven journey. Parts of the tunnels have been half-buried by rubble, forcing travelers to crawl and squeeze through narrow gaps, climb over piles of rock where the ceiling have collapses, or trudge through waist deep, slime-thickened water.

The tunnels are also home to swarms of small, colorful insects, somewhere half between beetle and spider. Though harmless, they are very friendly; clinging to or scuttling around anyone trying to make their way through.

by http://www.tribalartasia.com/
Two overgrown caverns lie at the end of the tunnel, just before the maw of the pit itself - a great, domed chamber with the Pit at its center. Despite its age, the domed walls are largely intact, hammered and chistled into wave-like patterns, with stone tiles covering the floor.   The Pit is ringed by a raised trim hewn stone blocks, with carved depressions in the stone at regular intervals hinting of some old but now forgotten purpose. Only the barren, stark stone remains, with thousands of small steps carved into the sides of the pit itself, all the way to the bottom. Some engravings have survived the passage of time, from inscriptions in some unknown language to faded works of art.

What nature failed to destroy, humanity has not. Already some of the tiles from the floor have been pried off for use elsewhere, with the rest destined for the same.

The descent to the bottom of the Singing Pit is around a hundred meters through a step descent on the numerous stairs. The Pit narrows in some places, digs into the walls for safer passage in others, circling their way down to the bottom. Near to the end, the steps are little more than single stones that jut out from walls covered more and more by thought-metal.
The heart of the Pit is a web-pattern of thought-metal, creating an almost thundrous choir in the mind of any who step foot there. Things are less than real in the Singing Pit, the edges of things fray and dissolve. The act of being there changes what it is, and the Pit comes alive - the metal crawls and slithers, shine like an incandescence, becoming claustrophobically cramped or impossibly vast.   To any who watch from above, the Pit remains unchanged, but those within, it is more than real. A small fall imagined as a great one can crush the unfortunate soul who dreamt it, ending them as surely as a true fall. 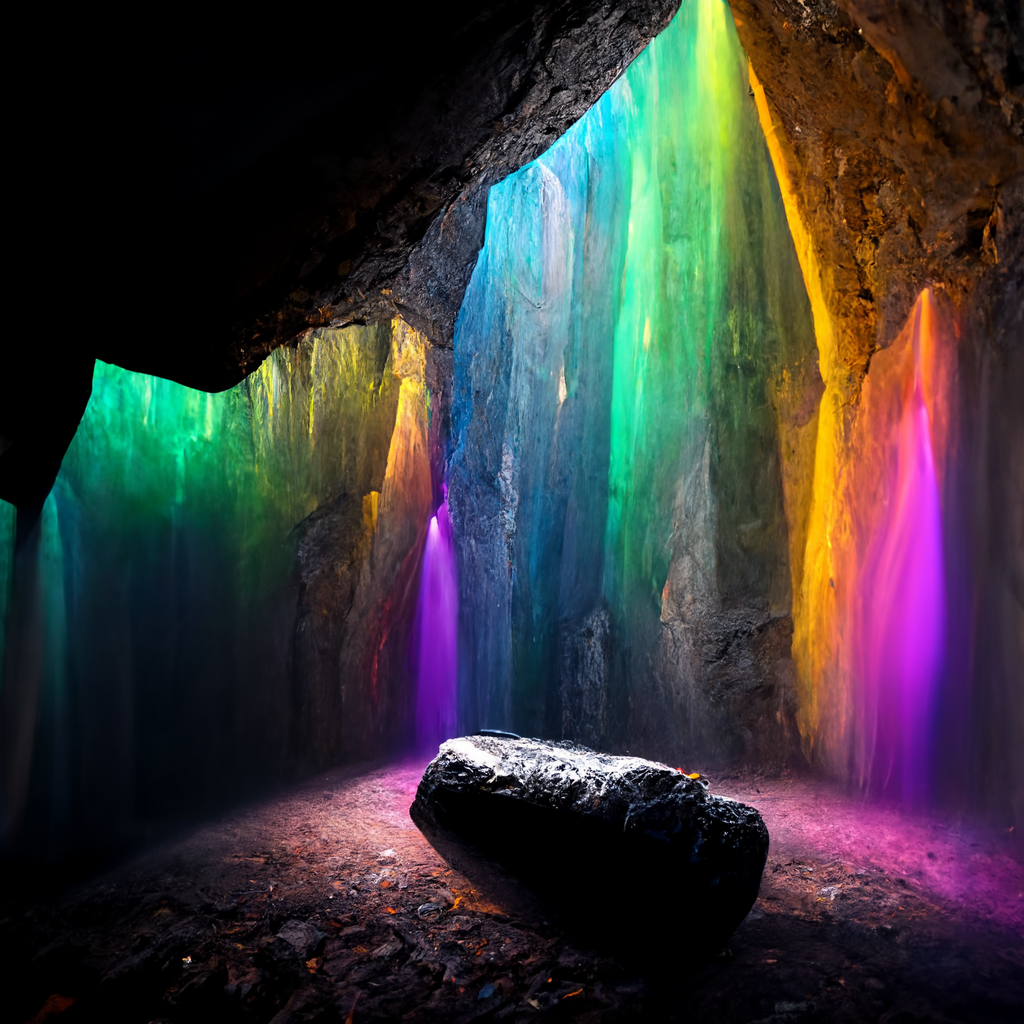 Illusion does not usually break bones, something the warped visions of the Pit has had no trouble doing.

After the Plague of Dreams, the Singing Pit has become a vital part of efforts to stem the rising ride of nightmares before they devour Patala and all within it. Aspiring Dream-Eaters use the Pit to practice, its reality-warping heart the one true place where they can get anywhere near to the dreamscapes for which they prepare. It is within the Pit they hone their thoughts into blades and hopes into armor, hoping to follow the steps of the first Dream-Eater.   It is where they go through their final rites and chase the shadows, luring Shrikes to themselves and fight the creatures in their slumber. As it stands, few have attempted to walk the steps down into the Pit to devour a Shrike where they are strongest... But as shadows gather and the nightmares grow strong, a desperate urgency compel the brave to challenge the Pit.

Patala   The Singing Pit lies deep within Patala, a decently discovered region of Araea that may not have heard a human voice for countless years. Patala is a Inner Shell region of vast canyon halls, deserts of glass, and abyssal descents into yet further darkness.   Among the ancient caerns and scattered bones, the Singing Pit is yet another monument by those who may have called Patala home in some antediluvian past.   Read More About Patala 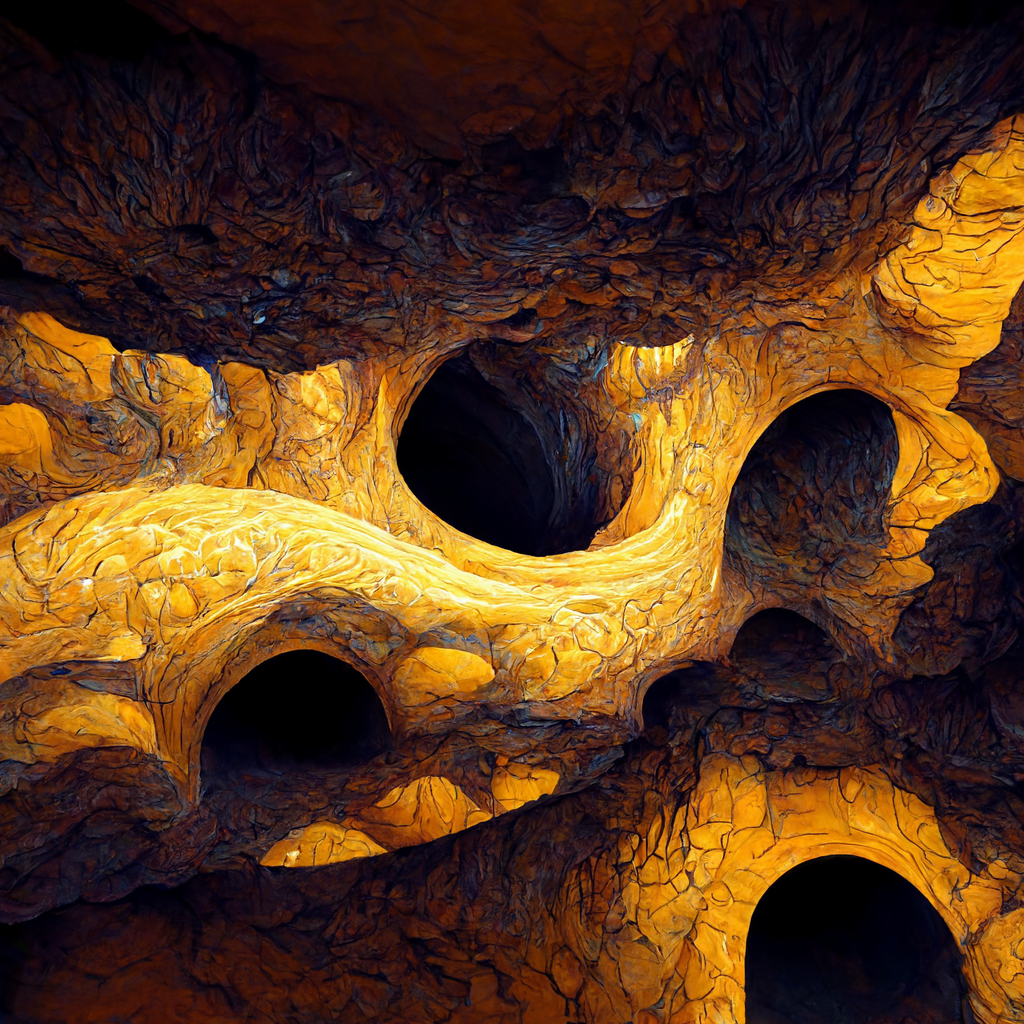 An iridescent metal found only in Patala, thought-metal obeys no blacksmith's hammer, but bends it shape to thought and will. It sings in the mind of those who hold it, a tuneless but entrancing sound that only grows louder the more thought-metal is near.   It is a rare and valuable metal, prized by artisans who pour their dreams into the metal to create wondrous art of breathtaking beauty and impossible complexity.

The thought-metal imbedded into the wall of the pit glow when people are near, shimmering in dreamlike patterns, pulsing through the floor like the beat of a heart, quickening when the fear of those within do.

Nightmarish moth-things that prey on thoughts and dreams, Shrikes haunt Patala - awakened to a new hunger with mankind anew within their domain. They live somewhere between dreams and reality, making their lair in the shadows between thoughts of their prey.   Though little is understood of either Shrike or Singing Pit, they seem both attracted and repelled by it. Shrikes are not infrequent hazards within the Pit, but never stay long, always leaving soon after arriving.

An experiment and trial in equal parts, where the brave or foolish enter the darkness of the mind to fight manifest nightmares

For all its glory, the Pit is just a faded shadow of what it was supposed to be, a vestigial branch of a greater, grander whole. A labyrinth within labyrinths, the Spiral awaits deeper yet within Patala, only now discovered and only the first few steps taken into its maddening maze.

Answering: "A building associated with governance, leadership or change"
Visit Qurilion's Competition Page Check all other answers to this prompt Competition Homepage

Okay---so I'm gonna be 'mean' here and somewhat ignore your actual article....because you're always amazing in my book (I'm a huge fan, and you know it). Instead, I'm going to say GOOD FREAKIN' GRIEF--this FORMATTING/THEME is EPIC!!   WHAT THE HELL, BUDDY?!?? This is aMAZing!!! "Singing pit", uhhhh, YEAH, okay---and it looks and feels LIKE a pit!   Seriously---I'm just sitting here, in my tiny office, staring at the bloomin' screen in awe.   Just staring---well, and scolling up and down. Then up.   Then down again.   What a rush.   You pig.   Love you.

I think this is really a unique take on the prompt. I also love the pictures! The overall feel of the article is fantastic.

The description of this place is fantastic. I could really feel I was descending there.

This sounds like a claustrophobic and terrifying descent to make into the unknown! Aldara and the others are crazy XD even worse fort he first one to actually go down there without knowing what awaited them!

As the Kaia like to say: someone has to be the first! :D