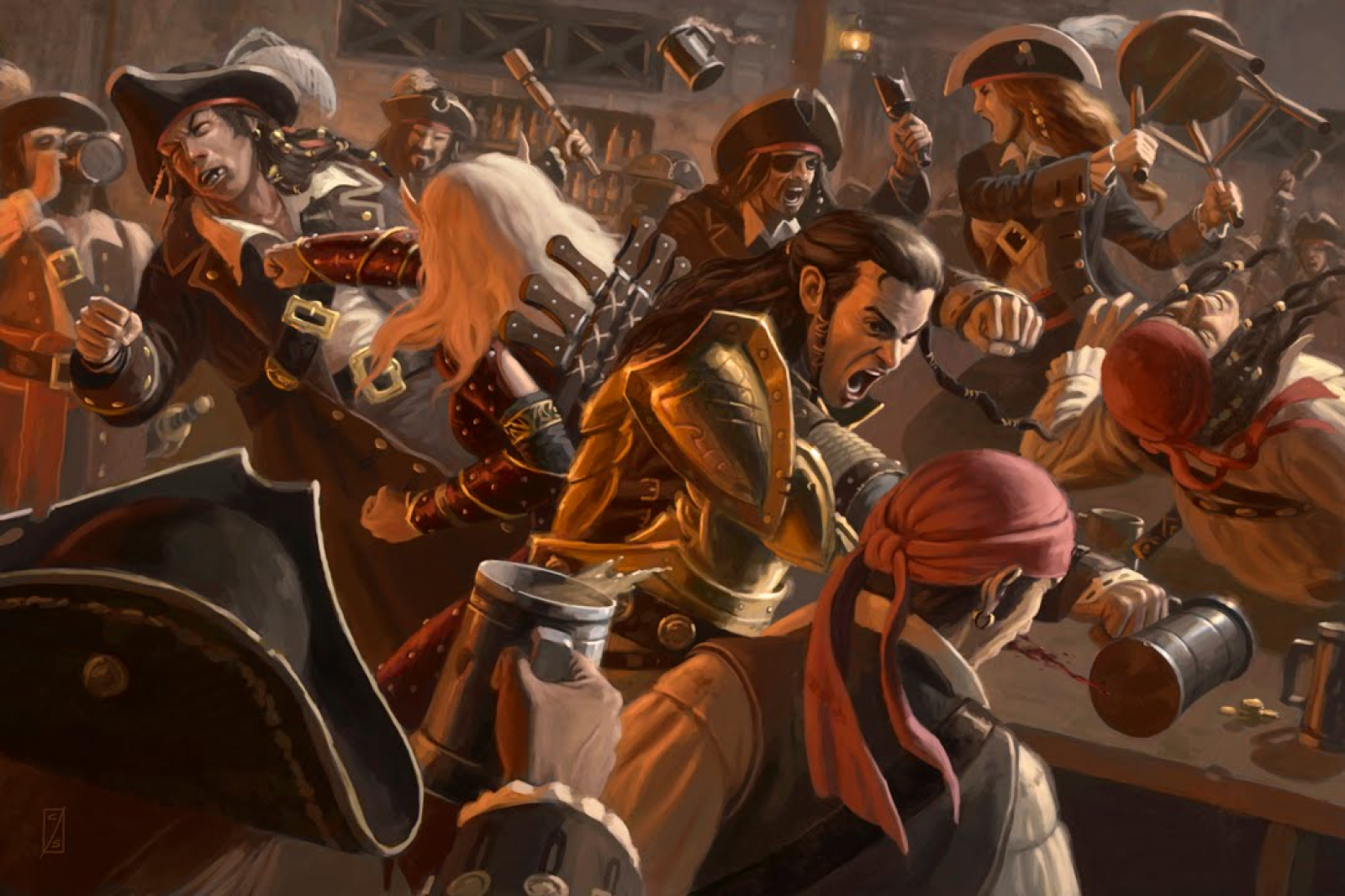 A priest, a merchant and a miner walked into a bar, then walked out again to get away from you.

I ask again that you repeat that, sir - not because I did not hear, but because I cannot believe that is what you think pass for wit.
— Tawai'ni the Iron Maiden, Rake

In Araea, the art of insults straddles a line between simple expression and popular past time. Those who wield their wit with skill are highly regarded, and the crude mudslinger ostracized. A barb delivered well can be appreciated by even its victim, at least once tempers cool. As with many things in Araea, it is not just a question of how but also knowing when.

You've brought a knife to a swordfight, friend.

Insults, swearing, and jabs in Araea depend on far more than nasty words and boorish behavior. A good insult relies on creativity and context to target the other, and the most popular Araean insults hold elements of Laconic wit and dry humor. Insults between friends are common as displays of how well they know each other, and the barbs exchanged between tight-knit Kaia teams can become very creative indeed. Something for you to aspire to.   Imagination and quick-thinking exchanges of insults are prized as the signs of an agile mind. Rote repetition and crass insults invite only scorn.

As you've demonstrated, not everyone has the wit required to engage in the higher levels of insults in Araea. There are those who simply want to get an emotional response from their victim, to raise their heckles, and generally be unpleasant. Doing so is not considered a victory, but the sign of a rank amateur and one unworthy of consideration. They're sometimes called "rocks"; dense and dull.

In public and especially during Spars, such behavior tends to lead to a crash course in imaginative punishment in both word and deed for the amateur in question. 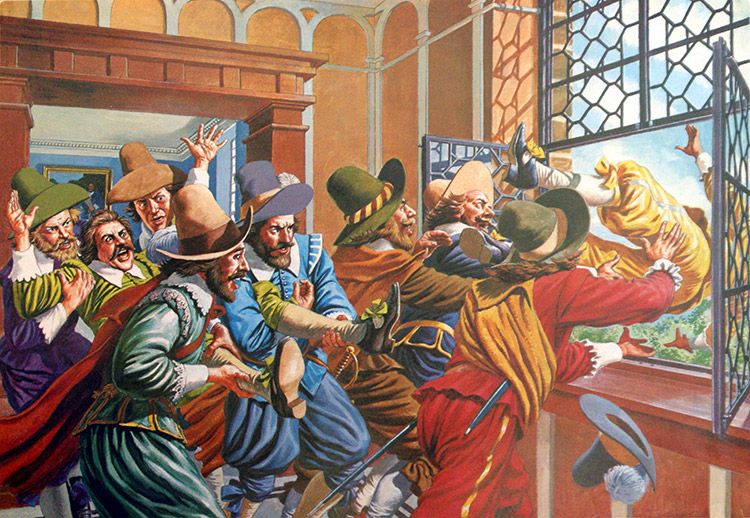 At least no one will lose an eye here, unless you really fuck up. You should wear goggles.

The Spar is staged contests of wit and insults, hosted as public or private events as entertainment. Skilled rakes will square off with one another, taunts and slander often building upon one another in an escalating war of words. Should the rakes find their host or his guests to be a bore or lout, they have been known to set their differences aside and focus entirely on this new target. This is usually greatly appreciated by the audience, but not always the victim.   In any exchange of insults, being able to take a barb is as important as delivering one. When tempers flare and personal achievements are likened to a particularly ripe pile of mushroom compost, no one is expected completely unscathed (and if they did, you need to try harder). Some reactions are forgiven, some outrage is expected. Being able to roll with the punches and stay calm, or even jovial, can earn the victim of an insult more standing than the one who delivered it. The most popular rakes are the ones who jest as much about themselves as their chosen target.   When faced with a Rock (See the above if you already forgot) however, no one is expected to sit and take their clumsy attempts at wit.

But it isn't all fun and games. Lazy workers, incompetent overseers, and unpleasant Rocks are all reasons for a few choice words. The same standards generally apply with what is and isn't considered a good insult, even if the language can sometimes get more colorful.

"He who knows how to speak, knows also when."

As a warrior wields her blade, so does the Rake wield her wit. Rakes are professional entertainer, agitators, and trouble-makers, hated and loved in equal measure. According to myth, the name comes from the first of their kind, said to be able to rake stone with just words.   While Rakes do more than trade insults, it is certainly central to their popularity - just not among the victims. With a tendency of speaking truth to power, Rakes must know just how far they can push, and when they should push harder.

No weekend evening at the tavern or other social setting is complete without a Spar, a friendly (or less friendly, in some cases) exchange of barbs, insults and witticism.   The Spar contains certain loose rules and a certain structure: take turns, respect the limits set out and the loser typically has to buy a round for everyone there. I hope you brought coin, then.

During a Spar, the Rakes may sometimes give explicit consent to cross some of what is generally considered off-limit topics, usually when the Rakes know each other well.

A Course in Coarse Words

Some topics are considered off-limits for insult and swearing. Sexual preference, gender and other immutable facts are things that the target cannot change and as such not particularly funny to besmirch. There are few exceptions to this rule, one being that there's no limit to making fun of yourself for the sake of advancing a barb, if done skillfully.   Action and deed are preferred. During an proper Spar, these rules are expected to be followed. There's a difference between mocking a man for being poor and having made himself poor. One might be misfortune or circumstance, but the second can be really funny. 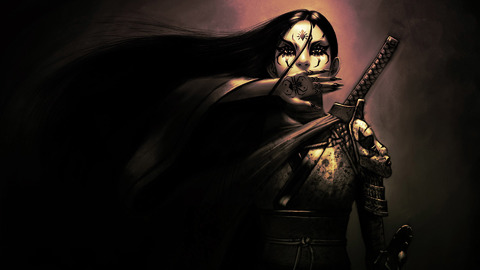 Answering: "What are some common insults unique to a language in your world?"
Visit Qurilion's Competition Page Check all other answers to this prompt Competition Homepage

Heheh, I'm glad you enjoyed it!

Awesome! I like how you offended the reader here and there. Really immersive. ^^

Haha, thank you! I wasn't sure if it'd be funny or obnoxious, but sounds like the former rather then the later!

Lol, it's like saying you went to a fight and a card game broke out. Gotta love a good tavern fight. Great work sir!

Contests of insulting? Wish we had some of those! Good to free tension, hah! A lovely article with a good pacing and pretty details<3

Haha, thank you so much! :D

A fun and very entertaining article Q :D Also the 4th wall breaks are truly the cake on the icing ^_^

Ahaha thank you :D It's been sitting here, unedited, since 2018, so I decided now was the time! :D

Great article! :D I like the idea of the Spars being a kind of social event. :D

With professional troublemakers leading the fray ;D   Thank you <3

This was a great laugh, thank you! Well written as always!

Thank you for reading <3