All I can remember is the bright light and the screams. It sounded like metal being torn apart, but.. I don't know, alive. When I came back, I had this cursed thing on my chest.
— Jhoran, star-marked

The enigmatic Q'x are visitors from the stars, mysterious beings that defy easy definition. They are only partly corporeal, with the rest of their essence bound thought-stuff and hallucination made real by those who witness them. Where they come from and what they want are questions that haunt the few who have seen them or been marked by their experiments.

The Q'x have been described with a wide range of shapes, some humanoid while others see them as little more then nightmarish configurations of plant and mineral matter with arms. The Q'x true form is in flux, what flesh (or equivalent) that remains changing with mere thought, both their own and others. These transformations do little to hinder the Q'x, who never seem to lack the appendages they require. The rest of the Q'x are unseen, a psionic "cloud" bound into orbit around their physical remains and the true seat of their being.   Memories become fussy and warped after an encounter with the Q'x, but those who hunt them can only guess if it is a conscious effort by the Q'x or just a side-effect of the intense hallucinations that follow them. As rumor and tale of the Q'x have spread, their shapes have begun to coalesce into a few recognized stereotypes as reported in these stories, though that is far from certain.   Others still don't believe the Q'x exist, that they are just the raving of the sun-sick.

Marked by the Stars

I'm not sure what they want with us, but it can't be good.
— Jhoran, star-marked

The Q'x come and go to the surface of Araea and have established themselves in small, isolated colonies usually deep inside Blight-covered regions. Those who have encountered them outside their ship claim the Q'x are always hard at work, but it is difficult to discern the exact nature or goal of this endeavor.

The Nexus   Where the Q'x chose to stay, they erect biomechanical monoliths and standing stone circles. These structure pulse and warp on their own accord, twisting the land around them with accumulated energies from beyond the stars. The most notable among them is the Nexus, a grand and twisted structure of living metal and manifest thoughts. Those who have seen it swear that the world no longer works as it ought near this edict to alien gods.   Read more about the Nexus

When encountered outside their ships and expedition, the Q'x are not usually hostile and try to avoid contact. When harrassed or their monoliths threatened, they are reported to posses vast and terrifying powers; able to make the ground quake and fling lightning with a gesture. The truth of the matter is less certain.

The Truth is Out There

The Q'x are known to most who encounter them as night-terrors. Horrifying and vivid dreams in the middle of the night where the poor soul find themselves taken to strange and alien worlds to suffer bizarre treatment at the hands (well, hands-ish) of monsters. These are no dreams, but abductions preformed by the Q'x for reasons known and perhaps unknowable. Most who are abducted return, either where they were or in some cases miles away and days later. This "lost time" is always present when the Q'x strike and can range between hours to weeks.   Some simply do not return at all and what ends they may have met can only be imagined. 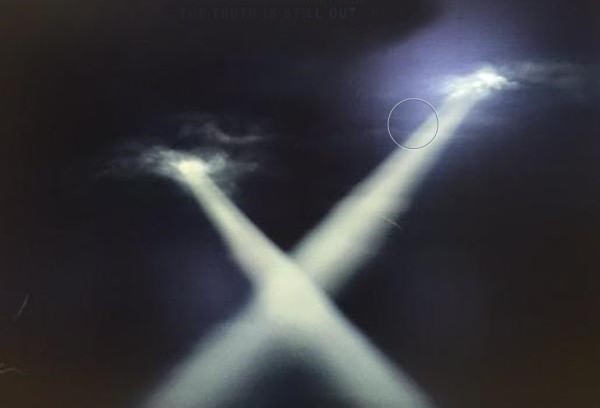 Most who are taken by the Q'x return and bear the marks of their journey in the shape of a biomechanical implant. These devices range in size and placement from the head of a needle to spread across the back. They are durable things that heal like flesh and feels warm to the touch. Those who attempt to tamper with it report feeling of intense dread, headaches and even memory loss.   Any who bear these metallic parasites are dubbed "Star-Marked" by superstitious surface-dwellers.   Read more about the Star-Mark condition

Encounters with the Q'x are rare and most take the form of terrifying abductions. Many, especially below the surface, listen to the tale of survivors with less than a sympathetic ear. Even on the surface, where the strange lights in the sky and shattered ground can be seen in person, most do not believe there is such a thing as visitors from the stars. Those who meet the Star-Crossed have a hard time explaining their metal markings, however.

Lights in the skies   The Q'x come to Araea aboard strange, triangular craft that seem capable of impossible movement and speed. Seen as little more than strange lights in the skies, these crafts might be just as partly imagined as the Q'x themselves.

Enough have seen (or claimed to have seen) the Q'x for there to be several groups who have dedicated their efforts to finding the truth behind the strange lights in the skies. These range from benign and well meaning amateurs to fanatical cultists who worship the goes from beyond the stars.   Despite sharing a goal, these groups quarrel with each other far more than with any outsider, with every group having their own theory.

Meteorite Ticks   The Q'x are not Araea's only visitors from afar. The bestial Meteorite Ticks crash to Araea with their namesake for reasons unknown. These critters feast on metal and show none of the intelligence and purpose of the Q'x, and despite their celestial origin are considered little more than dangerous pests.   Read about the Meteorite Ticks

Neat. Also, going from how you described them I am somewhat surprised that you never once used the word "projection" in any form. What gives?

Interetsing stuff! I especially liked the artwork and general lay-out of the article, and am curious if you made the art yourself. As far as expanding goes, I want to know more about the legends that surround these beings, and what shape the hallucinations take. Great piece!

Thanks! :D   I'll be making an article soon-ishly on some of that stuff through the Star-Marked condition, which is the aftermath of an abduction

How do you pronounce Q'x?