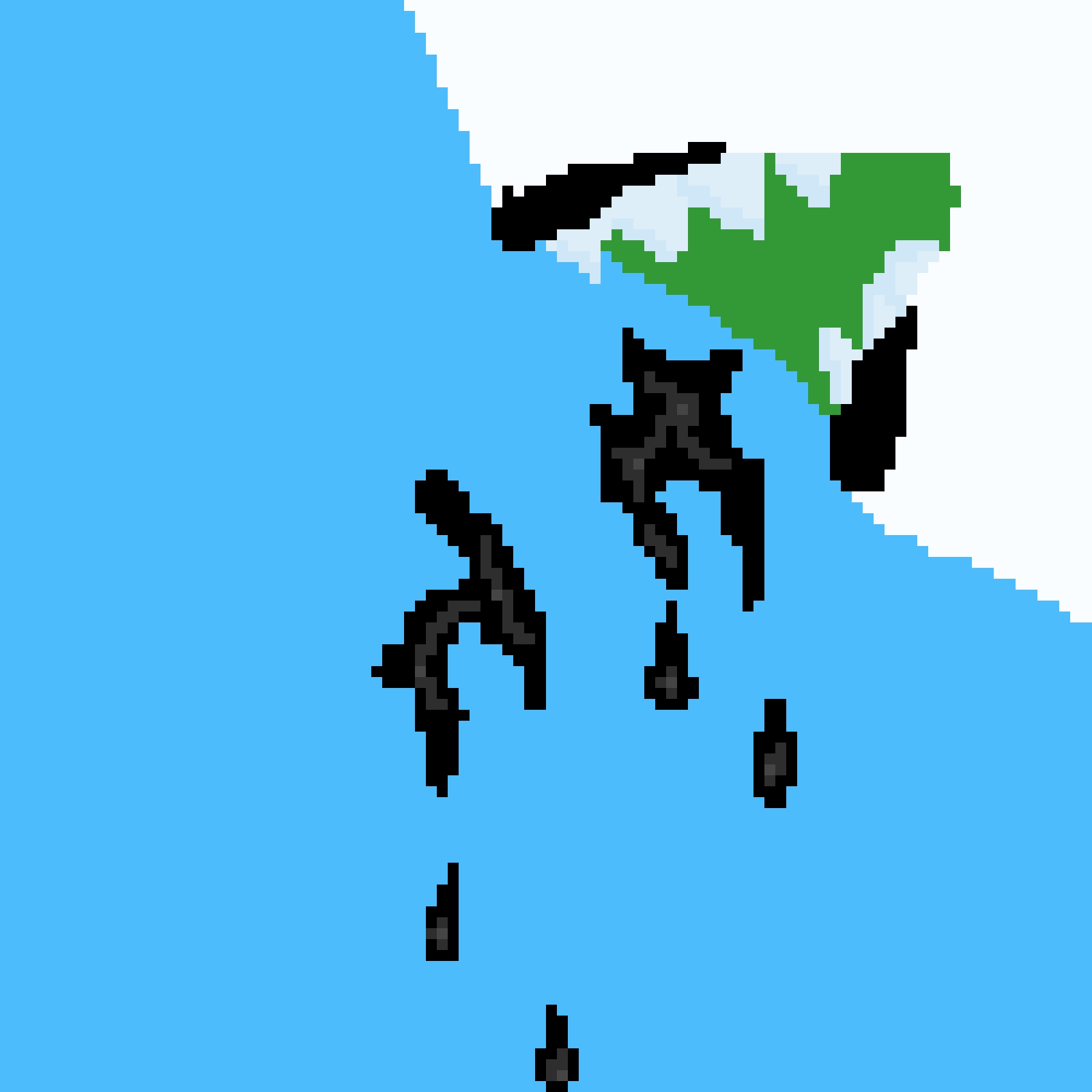 The Deep-Sea Witch opened her mouth and gasped. It seems she hadn't breathed the fresh air for a very long time as immediately she started coughing. Then her lips started to move. My farlens immediately started listening on. The sounds she made didn't sound like any language spoken by sapient races. What she spoke had a hint of happiness, a hint of anger and sadness, and a whole lot of hints of relief. And as her mouth moved more, something left them. A lump, black as coal, and dripping down to the sea like tar. It floated near her head.
And somehow I knew it was a word...
— Chronicler of Golvageth, entry 632

Black Speech is a language, a curse, a spell, and a condition all at once. It's a normal speech so filled with Blackness that it gets warped by it. The change is so strong, the words become a physical thing, lumps of black viscous substance that drip on the ground below, and follow the one who spoke them. They have the ability to invigorate or weaken anyone who sees them.

Unless one knows how to manipulate the Black Color or learns how to "clean the words", it is impossible to understand the Black Speech, much less speak it. The words spoken in it sound compressed and wet. This language, however, is very good at conveying emotions (probably caused by strengthening aspect of Color Black), as even people who don't understand a word spoken in it can easily tell what feels one who speaks it.

A strong enough caster could curse someone in a way that would force them to use Black Speech against their will. Such a curse is a very dangerous one as any word spoken by the victim drains their body of its natural reserves of Black Color, slowly taking away their sense of touch, strength, and in worst cases, completely paralyzing them or killing them if they spoke one word too many. It's a very hard curse to get rid of, as to do that, one needs to almost completely get rid of the Black Color inside them and replace it with a "fresh, uncursed batch".

Whenever someone is close to death or transformation due to the Oversaturation (condition) from Black Color, everything they try to say will turn into Black Speech, no matter if they want it or not. Sometimes, if they already left the area contaminated by Oversaturation (geographic anomaly), this can save them, as their bodies will use up the excess of Blackness inside them. However, some caution is needed, as unatended, this condition could quickly turn into the curse version of Black Speech.

Any caster with a supply of Black Pigment or Color can turn things they say into Black Speech. This spell was often used on the battlefields as the skilled caster could manipulate the positive and negative aspects of Blackness to strengthen their allies or drain their enemies of stamina.

I'll have to look into this mysterious language. I wonder what she said...

I love how you use the continuous narration to introduce new elements into the world, its really interesting! Being cursed to speak with Black Speech sounds horrible. I'm fascinated with the idea of replacing your cursed black by a new, uncursed black. How would that even work? I hope we get to find out!

I'm new to this world, but this sounds very interesting! I loved the differences between condition, spell, curse and language. Similar enough to be under the same name, yet different enough to be understood as separate things. Good work!

So I guess the question is, is there such thing as White Speech? Any other colors?

As of now, only Black manifests in such a way (affecting the voice, something seemingly unrelated to it), however, other Colors will influence other functions in various ways in the future. The other one that will affect the voice will be Green, but that's because it is a Color of voice.

I look forward to more articles about this, because I can, myself, see all kinds of applications of the different colours in speech, and I'm curious as to why they wouldn't apply. Red Speech - heated, inflammatory, passionate, drives people to fanaticism, drains body of ambient heat and hemoglobin if overused. Blue Speech - morose, slow, sad, depressed, victim loses empathy and compassion over time, becomes dehydrated. White Speech - hypnotic with its purity and inspiration, but over time, person overspeaking it becomes self-righteous and arrogant, and eventually goes blind. It's a great concept and I could see broad expansions of it. Well done!