"I had a shrewleon once. I took away it's bow, aaaand... Never found it again."
— Street Fox, Thief of Legend


Only a few creatures from other Realms managed to stay behind on Aequus after The Calamity ended and the Realm Gates were shut forever. One of them, and also one of the most harmless, are the shrewleon, small Celestials that use camouflage to hide themselves from potential threats.

Much like Aequus's shrews, shrewleons have a chubby body, with a long and funneling nose, but they are also bigger, about 15 centimeters long without the tail. The tail, by the way, is rather short and broad, just as one of a tortoise. They are not covered in fur, though, but with small scales like a chameleon's, though they are smoother and nearly white when not camouflaging, with varying patterns of gray and golden.

Thanks to their camouflage, shrewleons are able to survive in any environment as long as it provides enough food. Still, it seems they have a tendency to be found in drier lands.

The shrewleons eat mostly insects they can forage, though they may eat plants too.

Shrewleons are pretty hard to find due to the fact they scare easily and camouflage as a consequence. And while they are indeed rare, this makes them even harder to find. But it is also a docile creature, making of it a highly regarded pet among various circles, especially the elites. All this also raises a few issues when tending for them - such as losing the pet from sight forever. This is why they are often adorned with accessories, such as bows, ties, or rattles, so they may be found even if they hide and go "invisible".

Shrewleons are a rare find throughout Europa, and are often easier to be seen at northern Africa and at the Kaldarian Desert.

Their intelligence doesn't seem to be above the average pet.

There are not many scientific details concerning the shrewleons since they are so hard to find. But from the few specimens taken as pets that have been observed, it seems these creatures have bad hearing and eyesight but are very sensitive to vibrations. 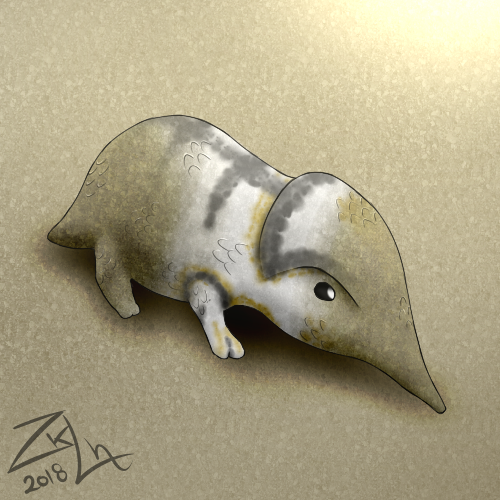