A weapons manufacturer of unknown origins that specializes in vampiric weapons.

No one knows where Harbinger Arms makes its weapons, but they can be found at almost any black market or weapon shop catering to mercenaries.  However, since they are relatively uncommon, and since they are in such high demand, there is only a small chance of actually seeing one for sale.   (Harbinger arms is a small team led by a High Magus of the Brotherhood of Creation, one of the three magic schools in The Federation of Magic).

They make excellent melee weapons that drain the magical and psychic power of the targets they hit.  Anyone wishing to fight spell casters or powerful psychics would do well to wield a weapon made by Harbinger Arms.   (unknown to all but the High Magus himself, half of the power drained goes to summon a Supernatural Intelligence through a rift.  In game terms, it will take two million Power Points to open the rift and bring the aspiring god physically to Earth.) 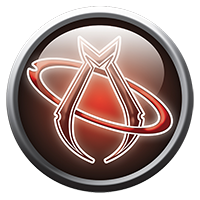 With actual teeth, to take a bite outta enemies

Who's idea was it to put that bloody hook blade on the end of this whip?

A sword that is as painful as it looks

Perfect for poking holes in your enemy, or through him.

An axe with a penchant for removing limbs.

Nasty is as nasty does

The perfect gift for all your psi-stalker friends