We look at mountains and call them eternal, and to most, they do seem...but those who know the past know that nothing is eternal. And even mountains can turn to dust in but the blink of an eye.
— Archivar Maeonius warning Emperor Marcian of Rhomeia

A simple truth about life is that it is often short and ends abruptly. Be it by Man's hand or the lethal whims of nature, the ways in which existence can be extinguished are many. And a select few manage to not only scar those that survive them but echo in the souls of their descendants for millennia to come.

The Great Calamities are, in the simplest of words, the disasters among catastrophes. Events so gargantuan that they not only affect the area in which they occur but the world in its entirety. In but the blink of an eye, they can change the lives of millions. Their names usually consist of their most striking characteristic combined with the word hour.

In the Blink of an Eye

In total, there have been five catastrophes deemed sufficiently powerful enough to be called Great Calamity: 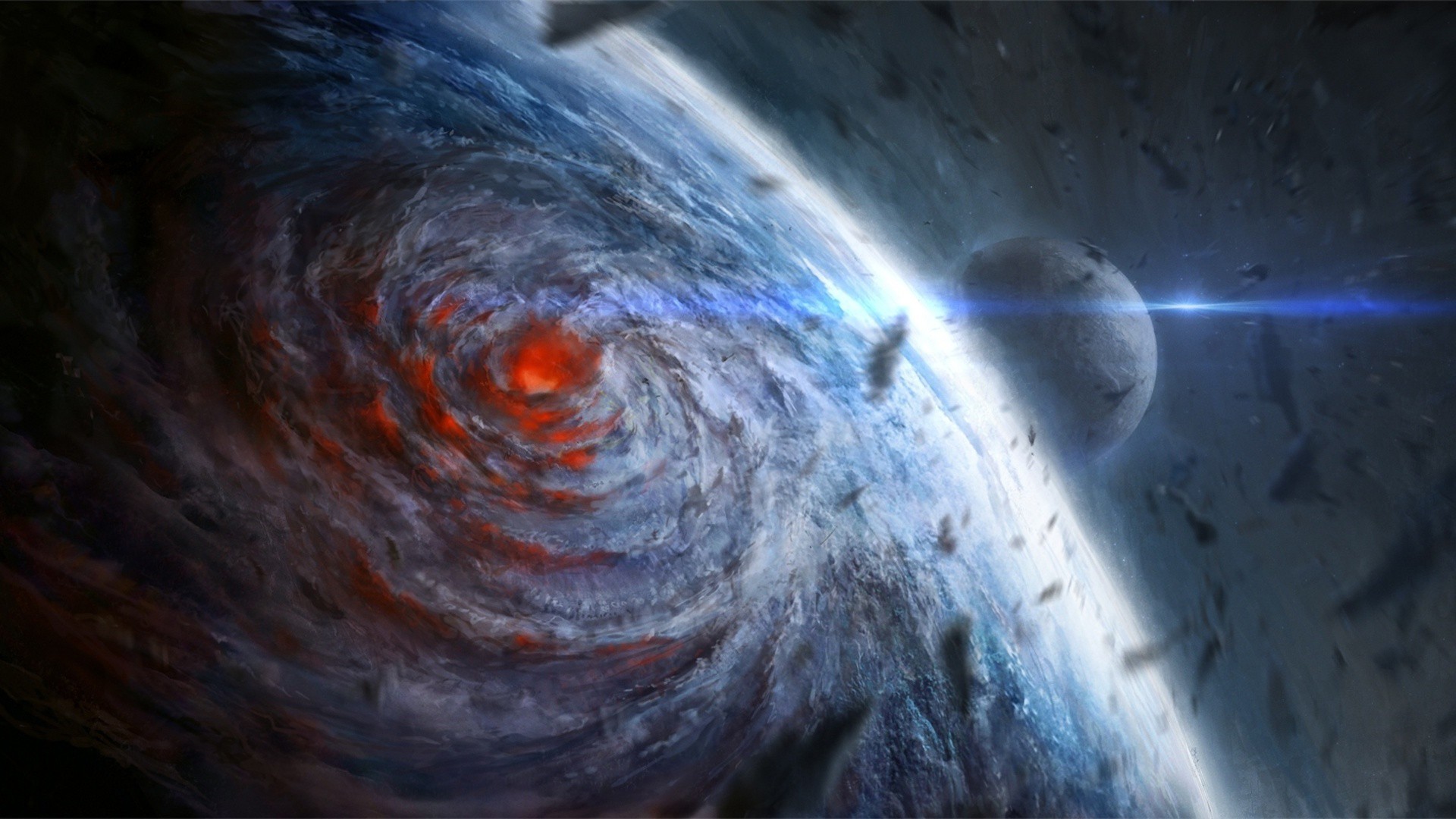 by Chris Cold
Over 4000 years ago, the ancient world vanished in a storm of fire and ash. A new one was born in its stead, carved from the carcass of a broken earth. Never before or after was humanity closer to extinction and those few that did survive endured an age of darkness that lasted over seven centuries.   Most obvious of the scars left behind is the Great Divide itself. Others are less visible but in no way less severe. All of the Great Calamities are known and remembered throughout the world, in song and myth and dream. But the Oblivion Hour has become part of man's very soul. It is a festering wound that will never truly heal.

Why we remember them so vividly? Quite simple really. The living are always drawn to death, be it in fear or fascination.
— Rana Arasatra, Illigaran Poet, to one of his students 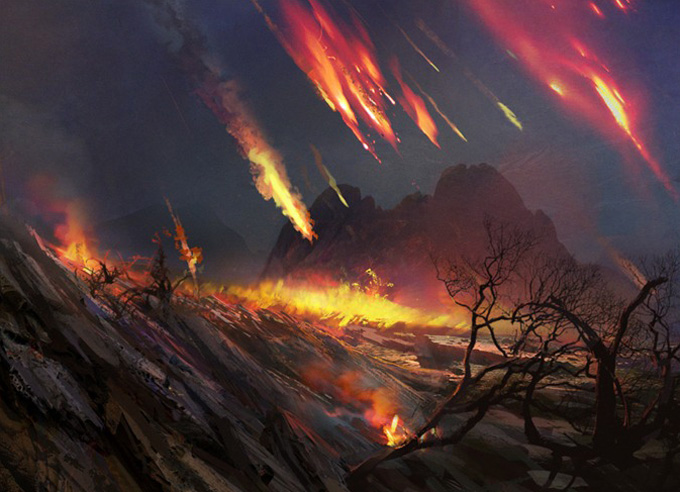 by Eytan Zana
Memory   There are many ways in which the Great Five have influenced human cultures over the millennia, their presence in myths and faith being the most apparent.   Another example is that of Vardanian Apostasy, the renouncement of religion in any form by a majority of Vardanian people.   Other faiths, such as Vashanism, have developed around the Calamities themselves as punishment for mankind's sins. Especially Oblivion is seen as a cleansing of the world in that sense.   A Final Hour?   The fact that these catastrophes occur repeatedly, even if millennia separate them, has led many to believe that there may come a Calamity that humanity will not survive.   Known by many names, this disaster is often referred to as the Final Hour and how it occurs changes depending on culture and faith.   Several religions depict it as a grand battle for the fate of humanity, a showdown between the great evil and those trying to preserve mankind's soul. 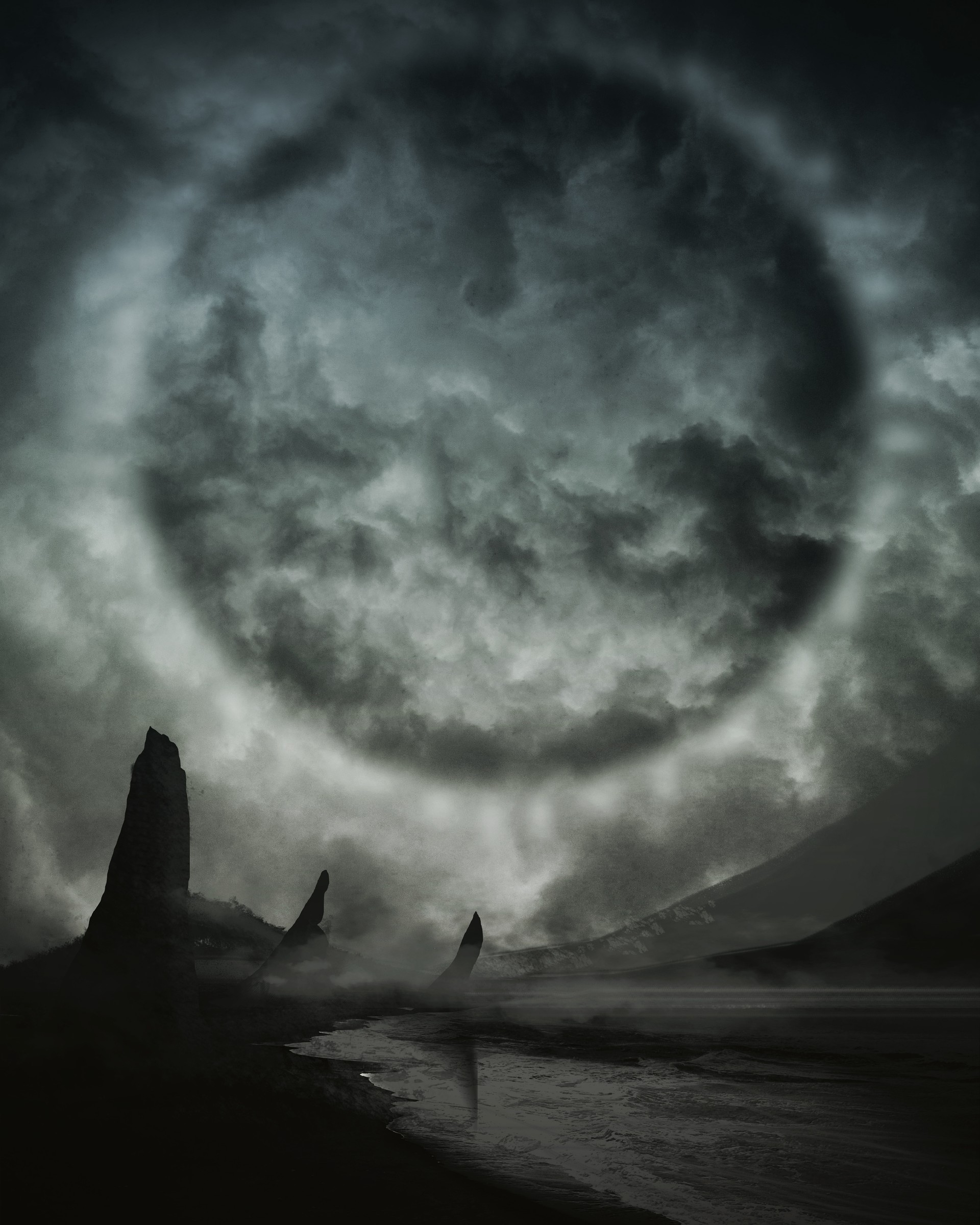 The Hour of the Voidscream sounds... absolutely terrifying. I love the quote at the beginning - really evocative. I like the looming threat of a 'final hour', though there's no way of knowing when or if it will come. Great job!

You know, I was just thinking to myself, I could really go for a good ol Darkseid disaster article. And then you come along with this fantastic outline of 5 of em! I remember reading about the infernal hour, it's awesome to see more of these too. Great stuff!