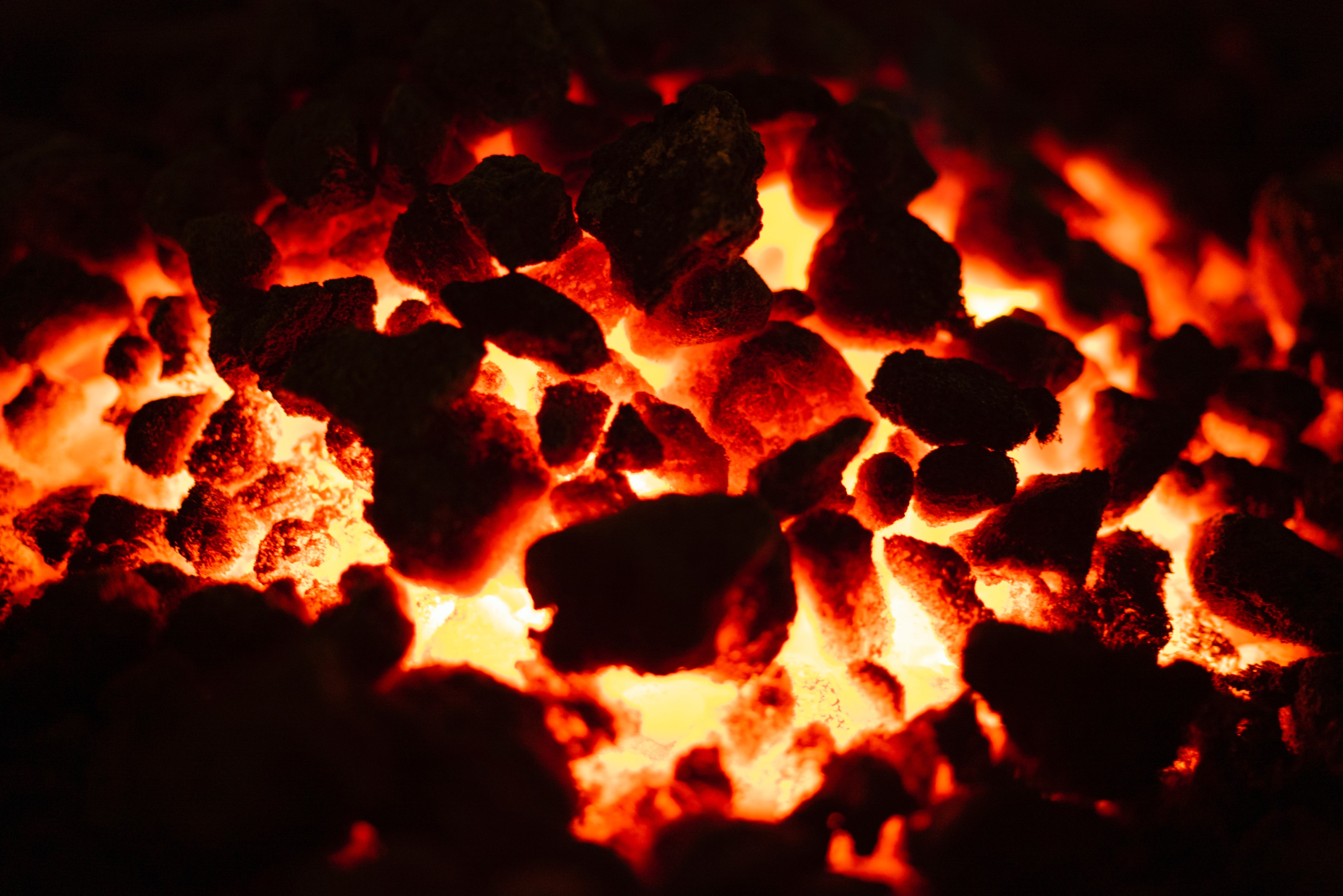 I have added one rule to WA's reading challenge. The articles I link here must be by worlds I do not follow. For two reasons. First, I've already been reading them (though not all) and this reading challenge is about reading new stuff. Second, I love reading other people's work. Even if I cannot commit to reading them on a regular basis (aka: the worlds I follow). Competitions are the best time to read different people & often discover new worlds to follow.

I do wish WA's team had kept up the leaderboard (at least the one with the people who completed WE). It was a bit annoying finding people's articles that they wrote for WE without that handy list of participants. But without further ado, here are 10 articles that I enjoyed & my reflections about them.

Cato's article was a reminder that I once tackled the issue of "what happens if you cast above your abilities?". Beyond the two articles in which I tackled the issue, I never really revisited them or used them in practice. In contrast, Cato seems to have incorporated them into the world by making them specific and even adding a creature that comes as a result of this condition.   Cato's conditions are specific to the school of magic, which is something I had never given much thought to. She also incorporates nicely the presence and prevalence of the condition by stating that one of the first things a caster learns is how not to cross the limit of how much magic can be cast.
Both of the above are things that demonstrate a well thought out condition and one which has been incorporated into the world, and not as an afterthought.
I often find believability in world-building in the small details. This article by Paul demonstrates that perfectly.   These instruments are used in rain rituals. The small detail that they are filled with the crops that those people grow (the reason they need the rain) is just the touch that gets a good article to a great article in my opinion. It makes sense and it adds character to the item & the associated tradition.   I often feel that I add too many details or not enough in my writing. Getting to these small details while not being overbearing is something to keep in mind while I write.

Chickens... Nothing special right? Except DapperCapricorn made them special and the source of an important magic item.   Colouration and texture changes already make these chickens feel special. But on top of that, they create eggs that can have unexpected or unintended consequences (a fact highlighted by the initial quote).
Having explored my world's fey plane for almost a year with my players, this article was a good reminder that often you do not need to change a lot about a species to make it magic.
The existence of a bag that hides magical objects within is both very logical and yet, one I have not seen in many worlds or even published systems.   I don't know how Dazzlinkat arrived to the idea, but I feel if I wanted to come up with more stuff like this (logical, but often not thought about), I need to think about the repercussions of having certain things in my world.   In this case, the repercussion of having expensive or rare magical items and divination magic is that people are going to want to hide some magical items. There's a spell for that, sure, but why not a magical item too? A lead box cannot fit all situations or objects after all...

The Grove of Lost Souls

Building / Landmark | Feb 15, 2022
Burial rituals never get old. At least every culture in your world should have one, and DesdemonaRose's article reminded me that I have yet to figure out how people bury the dead in an area I am using to play a campaign with my players.
The article of the grove of lost souls was neat, but particularly, the last paragraph. The last paragraph introduces a change to the generic way of burying people in a location, which due to size/space restraints, cannot follow the normal procedure.   Sometimes that's good enough when worldbuilding. Make a generic tradition and add exceptions where they apply.
While it is clearly still being worked on, I really liked that Oneriwien added stuff like campaign backgrounds to the campaign guide.   I myself wrote world intros & campaign guides during WE. I am still relying on older articles for stuff like what's allowed and what's not, but I will think whether linking it like Oneriwien has done is perhaps a good idea.   After working in a world for 3.5 years, there's always the need to improve on old articles...

The Campaign Guide for the Mootward Campaign ran by Oneriwien.

Tradition / Ritual | Dec 30, 2021
Tiirikka goes all in on how cuisine would work in the underdark. A place where lighting a fire can be dangerous & plant materials are very rare.   I really enjoyed reading all the ways in which cooking down there would be different to what people in the surface are used to.   It made me think that I ought to write such "generic" articles explaining some of the basics of the different cultures I have in my world.
The murkmen are a profession that is simple, and yet, there's so much potential for it. There's potential for them to be involved in plots, there's potential for them to be the victims of countless schemes to get into the district...   TerinHD did a good job of creating an article that inspires ideas while not being too long.   It's easy to get caught up in the details, but sometimes short & sweet is all you need!

Rank/Title | Jan 17, 2022
Despite most fantasy settings having species of different life spans, I do not often see this fact represented accurately in historical record-keeping and the organizations tied to that. Kefkejaco article made a record-keeping organization which, when the time came to decide on a leader, they selected a species known for their longevity (although I feel they were biased for other reasons too...)   The position's history was succinct enough to not be boring, but it had enough detail that I did not miss anything. It also had hints of other positions within the organization, which is to be appreciated.
In my world, it is not the longest-lived species that are absolutely nuts about keeping up with history, but maybe I could make something about them looking up to those species simply for the sake of having lived through history.
I do really like areas that look safe but are not safe at all. The kind that should make anyone think..."how come no one is taking advantage of this place?".   throughthechi's article is short but sweet. The initial quote sells the article basically.   I lately haven't been writing quotes as much, as I find it difficult to find different "voices" for them. That probably means that I need to do more of those, not less so that I can practice and practice.


I am going to potentially be very busy this year, depending on how a particular job goes. That means I need to keep the things I want to do with my world reasonably small.

Oh, and if you are still looking for WE articles to read, check out my WE's landing page!
World Ember 2021

This world uses trademarks and/or copyrights owned by Paizo Inc., used under Paizo's Community Use Policy. We are expressly prohibited from charging you to use or access this content. This world is not published, endorsed, or specifically approved by Paizo. For more information about Paizo Inc. and Paizo products, visit paizo.com.   However, this world is independent of Paizo's world (Golarion) and most content that you will read here has been created and written by myself.
Article template
Generic article
World
13
Category
World Ember 2021 in Challenges
Author
MGatta
Publication Date
2 Jan, 2022
Creation Date
2 Jan, 2022
Last Update Date
3 Jan, 2022
Visibility
Public
Views
211
Favorites
15
Comments
3
Work In Progress

Great choices! :) I really like how you've reflected on each of the articles and talked about how they can influence your own worldbuilding.   You have some good resolutions too! :D

Thanks! I really only followed the format they proposed :P   We shall see how much I manage to stick to those resolutions...

Lovely selection! Your comments are very nicely constructed, and I've found myself inspired by your perspective on things. I'm excited to see you publish your one-shot!

Hehehe, thanks!
It's February and I just published a different one, so it's not looking great so far. I need to make it my priority!

Thank you so much for the mention really appreciate it :D Glad you liked my choice for history keepers :p Hope you achieve your goals this year!

Thanks, same to you!