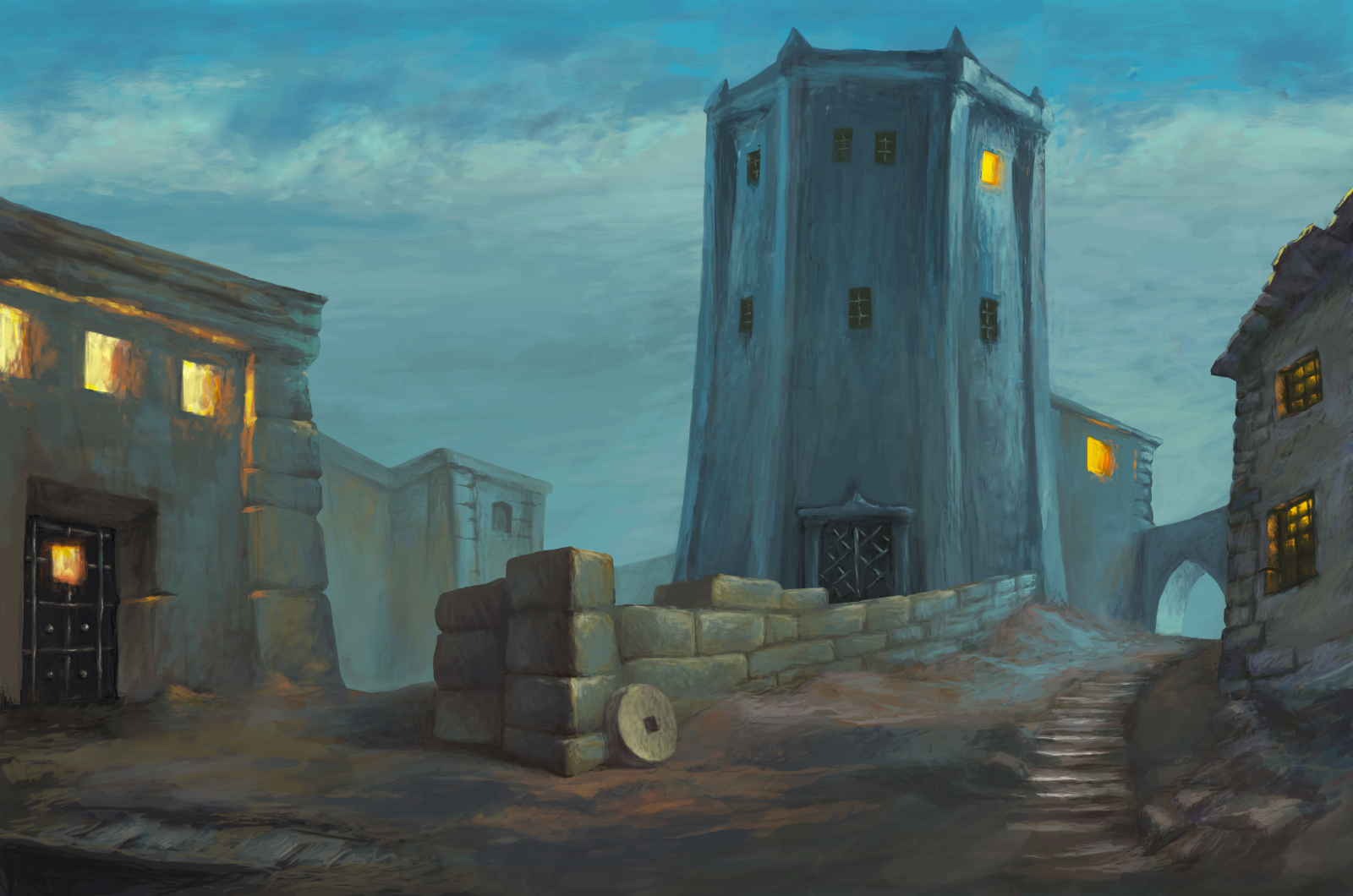 This article contains the outline & ideas for my one-shot for Adventure April.
Do not read it if you intend to play.
I will use this page as a landing platform for Adventure April. It is a "meta" of sorts for the adventure: it contains my outline and initial ideas, which is good to keep in mind. Aside from the plot article that will be the main adventure, I will also add additional pages I create as part of Adventure April, such as a page about the location I create for the one-shot.   I wanted to make public my initial ideas and outline. Maybe this may help someone who may be stuck in how to get started with writing a one-shot. The ideas presented here, particularly now, are very fluid and often written in bullet point form. Feel free to add suggestions in the comments if you think of something that could be cool to add/change in the adventure.

A dwarven teenager has gone missing. He's the son of a small noble family. The head of the family is not interested in looking for them, as a lot of gold has gone missing lately, and all signs point towards the teenager. Someone else in the family is worried, though, so they decide to hire a few people (and maybe lead them themselves!) to investigate the disappearance.   Rewards may include gold, gems, or a small relic.

This is the rough outline of the scenes in the one-shot. I am unsure about the second and fourth scene and have a couple of alternatives.

Interview a couple of family members/friends of teenager: find out about missing gold items & their nature-leaning interests.

Find out the well of the town has not been working for a while (same time as gold has gone missing) Something else needs to lead towards the well -> gossip about blood stains? noises? rats scrambling up from the well?

The well in the middle of the town has started emitting horrible screams. Everyone fears the worst, but no one dares to go inside to check. The market has been moved to the streets, to get away from the screams at the market square.

Investigate town's well. Find blood marks. A good nature check may reveal them to not be humanoid blood. What happens if they don't want to go down the well / get distracted?

Go down the well. Small battle: gelatinous cube, giant rat, or rat swarm. Should be avoidable through smarts/puzzle/environment.

Go down the well. Dealing with a trap or a collapsing tunnel.

Find kid helping Aurumvorax give birth. Maybe skill check to help them? Maybe fight of creatures attracted by the blood?

Go back to town bringing the kid. Obtain rewards. Potentially help the kid conceal the truth?

Aurumvorax are small magical beasts and they are absolutely deadly! CR 9 in Pathfinder (1e). That means that the recommended levels for this adventure would most likely die fighting this creature.   Why use it then? Players who know about them may have fun getting to participate with Aurumvorax in a different light. Players who do not know about them may be surprised when the townsfolk react in fear when they hear about the creature they have been helping.   If the players try to fight it, a Knowledge (arcana) would tell them this monster is out of their league. If they insist on killing it though, they will have to deal with the kid. I will provide a guideline on how to reduce the challenge rating of this monster by accounting for the state the monster is in (parturition). 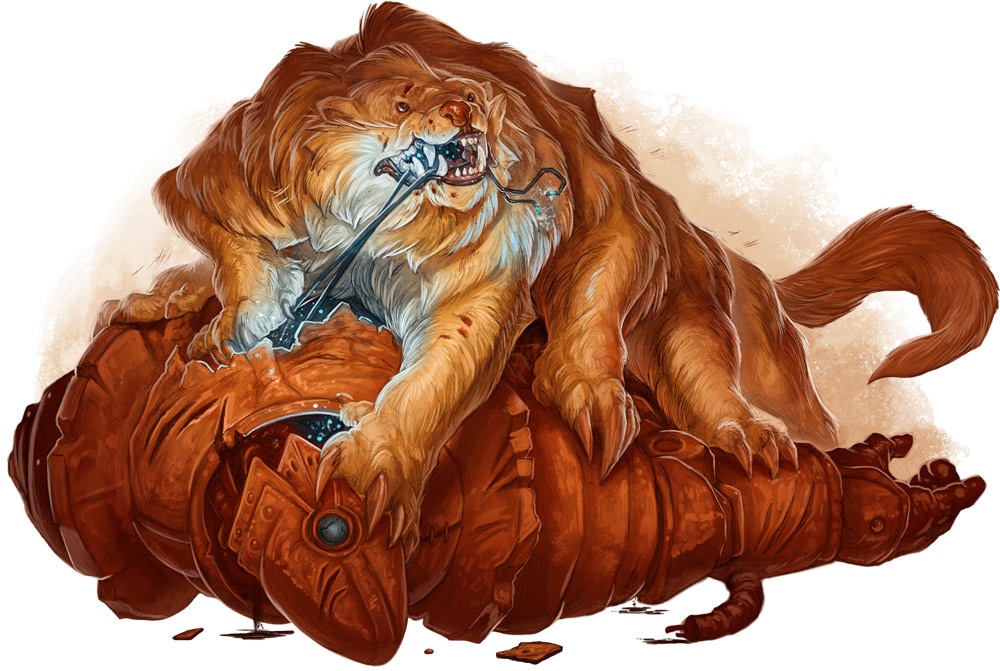 
Things that need figuring out

Potential cisterns to use as the area below the well: a, b, or c.   Alternatively, these maps of sewers could work:

aka: suggestions to continue one-shot into something longer
The town is angry finding out Aurumvorax has decimated gold reserves in the mine, they want to hunt it down. Help kid translocate Aurumvorax babies somewhere else (find uninhabited gold area). Or hunt it and its babies to get reward and maybe strange materials that can be harvested from their bodies.

Other ideas for the one-shot

Make a pregen character that is the big brother/sister/cousin -> a player has the option of playing the family member. The head of the family then shows up while the character is explaining to other characters why they were doing the call for adventurers. Head of the family showing up is against player & character expectations (based on background knowledge provided). The head of family brushes off concerns (but is actually quite worried). They provide the character with a small but significant family relic in case the search gets a bit dicey.

The town rangers take on the call for action to investigate the kid's disappearances when they hear about the gold. They think it may be related to strange activity in the woods around town. Creatures normally found underground have been found in broad daylight, above ground, running away from the area.
Everyone gets to play a ranger, possibly trying out different archetypes.

Articles under Outline for Adventure April

Early in the morning, a messenger arrives in the village with a call for help from the noble family.

A small farming village that has managed to survive the plague, despite large losses.

A group of rangers keeping Branendorf somewhat safe and fed.

A gnome cavalier who, after losing everything she had during the plague, managed to find a comfortable spot in a remote village of Perdebiet.

Playing with pre-generated characters in the one-shot: A golden beginning

Modifications to the one-shot "A golden beginning" for GMs whose players are using a pre-generated character.

A minor noble family famed in the region for their horses.

This world uses trademarks and/or copyrights owned by Paizo Inc., used under Paizo's Community Use Policy. We are expressly prohibited from charging you to use or access this content. This world is not published, endorsed, or specifically approved by Paizo. For more information about Paizo Inc. and Paizo products, visit paizo.com.   However, this world is independent of Paizo's world (Golarion) and most content that you will read here has been created and written by myself.
Cover image: by Mykhailo Skop

Oooh very neat idea!! Im not too sure I should’ve read that though.. anyway it sounds like a lot of fun, and that monster looks really cute

There is a literal warning to not read it if you are gonna play, and you had intentions to play xD Why did you read it!?

I didn't see the warning!!! Damn it!!! In my defence this is the first thing I did in the morning, my eyes weren't entirely open yet. God I feel so dumb -.-'

I didn't tick the thingie! The warning was not live. What a fail xD

Really cool to see your initial thoughts for the one shot. I think it sounds like a fascinating idea. :D

Thanks, Emy! The one-shot is now done, if you are interested to see the final version, head over here:

Early in the morning, a messenger arrives in the village with a call for help from the noble family.