Before he could learn to speak, Tikwe piped his first few notes on a small fife. His Tuhran uncle had provided him with a miniature recorder during a family reunion. Wood around Keyrit was a scarcity, especially wood that could be carved into something so frivolous, so his uncle's trivial gift was worth a small fortune. It was Tikwe's primary pastime and claim to fame at school and play, even attracting the attention of his teachers and adults.

One day he tripped and fell and broke his flute in two. As much as he tried to repair it, the notes kept sounding breathy and off. Tikwe slumped into a depression. To make matters worse, his father Telto fell ill at his factory from a strange disease. His family rushed Telto out to the countryside to recover, but there was no apparent cure. Inside his Ka T'kra, he announced to his family: "Bury me as you wish, but take a few bones from me for my son. Perhaps he could make fifes of them."

They honored his grisly wish; Tikwe was given his father's femurs as play toys. From memory, he hollowed out the bone marrow and drilled small holes where he figured the most appropriate notes would go. It took two tries to get it right; thank goodness that his father had two legs. His first song on the successful pipe was a long and mournful ballad, one that he composed himself, entitled "Plot of My Father." The hero of his tale, Tulwi, had great fame and adoration in his prime. Age chipped Tulwi's prestige bit by bit, until he was a small farmer on the outskirts of town. As he lay in his Ka T'kra, he announced that the plot in which he now lay was all he needed, and all he had ever desired.

The small town in which he grew up wanted livelier tunes, though, and he provided them. He became the minstrel of his town, becoming somewhat of a local icon. Just by walking around the market and playing his fife, he made a better living for himself than even the farmers selling their wares. A few farmers grew to resent him; their animosity soon sent Tikwe packing to roam the Keyrityi countryside. His travels took him to Eryai Retwerai, the city of his birth, where the audience was plentiful and the pay was best.

The peak of his career in Eryai Retwerai coincided with a massive economic, cultural, and military renaissance for the Keyrit Daskalarchy. The small nation was about to burst with energy. They needed a focus for that energy, a face with which they could associate the changing times. Many faces arose to answer the call, and Tikwe's was one of them. The city and national governments hired him for festivals and public occasions, and private individuals followed suit. His fame grew exponentially, greatly outpacing his net worth. He bought a small house on the outskirts of the city and continued to play until he had saved enough for a modest retirement. He had no spouse or children to his name. Rather, he inspired certain young nobility in Keyrit to play pipes, and he taught them both how to play and how to write poetry.

One such lady, Wuai Tawokyi, suffered a nearly fatal blood clot during which a doctor amputated her arm. At Wuai's request, the arm was cooked and eaten, and the bone inside was fashioned into a fife. As clearly insane as Wuai was, she could carry a tune well enough. Tikwe grew a father-daughter connection with Wuai partly over their shared musical medium, teaching her everything he knew about the craft. Wuai didn't want for anything, but she would nonetheless be named Tikwe's sole heir. When she was skilled enough to replace him, he retired.

As a symbol of Keyrit's cultural revolution, Tikwe was invited to the Great Marriage between the Keyrit Prince Ekil Tliwikai and the Wlitowan Princess Ikata Takwyare. This was his first (and only) performance outside the Keyrit Daskalarchy, and thus his first opportunity to compare himself with international talent. He brought his apprentice Wuai along and answered the call.

He proved himself to be adequate, and nothing more. A decade removed from full-time employment, he could follow the melodies fine but could not reliably hit the high or low notes. Had Wuai not been there to harmonize her flute with him and take over for the more strenuous soloes, Tikwe might have been an embarrassment for the upstart nation.

Tikwe was faced with the grim reality that he was not all he once was. He struggled against the impending darkness, but his mind only softened as a result. He became greatly embittered at his own state. He refused to return to Keyrit; Wuai in turn refused to leave his side. Wuai was no better than he was in his prime but clearly better than he was now; her ever present, unintentionally mocking presence drove Tikwe yet further into despair. He dared not lash out at his benefactress for her self-supposed kindness, nor could he let go of his reputation as a champion of the craft. If he let go, the structures which supported his mind would fade away, and his mental faculties would fall in on themselves.

So, every day, he would play his fife, occasionally missing a note slightly and cursing at the air. His repeated practice was in vain; he made neither more nor fewer errors as his life wore on. The last song he ever played was "Plot of My Father." He didn't know when he would die, only that he would die soon. And so he played it before he went to bed for three months. He died in his sleep; Wuai would play "Plot of My Father" at his funeral. She would later call it the pinnacle of her career; she considered it the greatest privilege a noble like her could ever have. 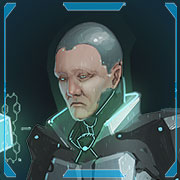 Oh my god, more people need to see this one! You won me over with "It took two tries to get it right; thank goodness that his father had two legs" and didn't let go of my attention for the rest of the piece. Fantastic work.

Thanks; I greatly appreciate your appreciation! Dark humor is often hit-or-miss with different audiences, and I'm glad it did right by you!

Nice article. That is quite an interesting take on using bones of parents for instruments. A bit dark but you managed to put a fun twist on it :p

Thank you! I tried to make a unique element, then incorporate that into the rest of the article. The concept of humans staring their own mortality in the face fascinates me. I'm happy that you liked it!

Great article. A bit dark, but there is nothing wrong with that. Just enough humor to not make it to depressing.

It certainly is a fine line between "deep" and "dark/edgy"; most people trip over it all the time! There's a reason to smile even in the darkest of circumstances, and I hope you did while reading!

How on earth did you make two people using bones for instruments into such a lovely bittersweet story? Nicely done!

Thanks! Honestly, I was inspired by my grandfather. He was a literal rocket scientist, and that might be one of the tamest of his accomplishments. His birthday's in a couple weeks, and he can barely form cohesive sentences now. I can't take too much credit, since I'm reflecting life experiences which were prepared for me. I only hope that people who experience something similar in the future might be better emotionally prepared!

Thank goodness that his father had two legs indeed. Quite a melancholy article, all told - especially the end. Age is inevitable, I guess. I like the layer of humour running through it. :)   Great job!

Great article! The end was very sad :( I love that you show that Tikwe was not the best in the international scene and that that makes him become embittered.