Your Majesty Jacob Silas Mitfield (a.k.a. Facet) (He, Him)

Jacob Silas Mitfield is the King of Mithambe, and the 9th person in the Mitfield line to hold the position. A taciturn man, he is often seen in a variety of places, from keeping the Eastern Seas free of trouble, to presiding over important debates in the Court.   Far from actively desiring the life of the royal court, Jacob spends as much time out of the confines of Castle Manhesto as he can, instead preferring the company of his crew aboard his personal vessel, the MES Endless Rainbow. His wife joins him on these expeditions and missions, which gives him no incentive to return himself to the castle. He instead entrusts the Castle to his Court, who operate it without his presence.

Jacob is in excellent physical condition, with the only item of note being the ethereal engine having replaced his physical heart.

One of the most distinct features is the presence of an ethereal engine that is embedded within his chest cavity. This engine translates over to his Croxwie transformation, where is it retained in the center of his chest.   Because of these modifications, there are metal accentuations in his wings - stripes of brass and silver that line his wing bones and mark some of his flight feathers. His transformed beak is also reinforced with steel, enabling him to inflict grievous wounds on those he lashes out at.

Jacob Silas Mitfield was born as the third and youngest child to Marcus and Amelia Mitfield, in the year 1861. His birth was one of celebration, and as a sign of the Mitfield family's upturned fortunes, given the previous generations have sired few heirs.   As the last borne child, there was little expectation hoisted upon his shoulder at a young age, a fact that was envied by both Hector and Joseph, his older brothers. Nevertheless, they loved him without condition or fail, and even encouraged Jacob to choose whatever he felt would make him happy.   From a young age, as early as 4, Jacob appeared to have demonstrated a natural talent for the ether, a trait that was thought lost to Edward's generation. Seeing it as a sign that House Mitfield did not need the Church's blessings to maintain their ethereal power, Jacob was immediately assigned a tutor from the Arcane Society to supervise his growth and to perfect his control over the ethereal, and his gift was marveled by all within House Mitfield.   ...

The Exploration Fleet and the Endless Rainbow

In 1884, Jacob successfully completed the Captain's Competency Program at the Royal Mithambian Naval Academy, and was given the choice to select which branch he so desired. To the surprise of all but his immediate family, Jacob selected the Exploration Fleet, to which Admiral Victor Grass amiably welcomed him. Shortly afterwards, the vessel personally commissioned for Jacob, the MES Endless Rainbow, was completed, and was prepared for his captaincy and ownership.   During the selection of the crew, it was here where he came across the alchemical prodigy Iris Arlenia. Immediately taking her for himself, she was appointed one of the medical officers aboard the Endless Rainbow, and it would be the first of many meetings between herself and Jacob. Jacob would also meet Jason Marune during his selection of his crew, and the two introverts would become fast friends.   ...

In 1886, the Endless Rainbow made a new blind jump, to a sector of Etherspace where a rumored rift was forming. The researchers at the Arcane Society wished for Jacob and his crew to examine this rift, and to determine if it would be safe for them to travel through.   As soon as they arrived, they were instead greeted by what would be later described by Jacob as a monstrosity, something that dwarfed even the mythological Seraxi leviathans of legend. The broken carcasses of two earlier missing vessels, the Sherlandic SES Fruitful and the Cleolinian CNS Viceroy, were in clear sight of the Endless Rainbow, and the undocumented hostile ethereal being moved to attack.

Jacob comports himself as a male, and accepts masculine and gender-neutral pronouns.

Jacob is heterosexual, and only has ever expressed romantic/sexual interests in the opposite sex.

Jacob's education can be traced as follows:

Jacob has held the following positions, in chronological order:

Jacob loved his family dearly - hearing of their untimely demise at the hands of insurrectionists has left a hole of bitterness and rage within him, and it has fueled a drive of bloody vengeance that would remind people of Rupert's legendary rage against the Cult of the Great Design.   The tapping into his Emanation inflicts immeasurable levels of pain, resulting in Jacob refraining from utilizing his ethereal gifts unless absolutely necessary. Although the pain will not kill him, it has resulted in sensory overload and paralysis. Transformation into his Croxwie form prior to intiating his Emanation yields better results mentally.

Jacob's personal motivations are to do good by his family and by his country, regardless of what methods needs to be utilized to do so. With his wife and niece guiding some of his ethical dilemmas, he strives to make the nation that was thrusted onto his shoulders a better nation for all, even if it means uprooting some of the traditional practices and institutes that have underpinned the kingdom since before his time.

Jacob's relatively inability for direct audience has prolonged situations where direct confrontation would have resulted in a neater resolution.   Out of the three royal siblings, Jacob was the one least prepared for politics and royalty, instead intending to live out his life in the freedom of the void and ether. To be forced into the crown has left him somewhat miserable, and he absconds with his crew whenever the opportunity presents itself. Although the other courtiers have called him out on it, the Crown's Retainers have stood fast behind their King, understanding that he never desired for this, and was only holding the position until his brother's daughter has become of age and is ready to assume the responsibilities of the Monarch.

Despite the public's common conception that the Crown is actively against the Church of the Great Design, Jacob himself is close to the Church's goddess, mostly owing to his advanced Croxwie transformation.   Jacob otherwise views organized religion as a farce, privately sneering at the modern Church's doctrines and practices.

Jacob possesses a strange but powerful sense of charm and charisma whenever he makes a public appearance, his presence tending to draw attention to him even without the assistance of a herald.   However, Jacob is much an introvert, and actively does his best to keep away from others, aside from those who have earned his trust. To this point, he tends to sequester himself away with his work, and delegates any audiences to his retainers or to his dukes. The times he has been spotted willingly in public can be counted on one's own hand, giving him the moniker of an invisible king who fights without praise, which unfortunately endears him more to the public he actively avoids.

Jacob and Iris first met as he was creating a crew for his first adventure on the MES Endless Rainbow. Her resume as a world-class potioneer and healer caught his eye, and she was quickly made the Chief Medical Officer onboard the Endless Rainbow.   Iris would inadvertently confess her affection for her superior officer during the Battle of the Rifts, even as she anchored him to her as he tapped into his Authority for the first time. As he recovered from such a grand expenditure and transformation of his soul, she wistfully looked over him, until he gently grasped her hand and told her that he, too, felt the same about her.   Their first kiss was not shared in the medical quarters of the Endless Rainbow - it was instead make on solid ground, away from prying eyes, after they had returned to Mithambe.

Irelia and Jacob were first acquainted with each other at the 1875 Grisett Function, hosted by the Kingdom of Mithambe. With subtle manipulation by June Wisteria, Jacob was arranged to be the date for Irelia, for it was her first time out of the Monarchy of Cleolinia, and Jacob was the closest royal to her in respect to age.

Both Jacob and Jason are quiet individuals who do not enjoy others' company, much to the consternation of those who are close to them. They are both more likely to be hidden in the library or workshop than be caught making idle conversation with those around them.

Rachel would come into Jacob's personal service shortly after the Falkner Square disaster of 1890, in which he personally approached her and asked if she desired something more than merely being in the waiting wings of his life.   Without hesitation, Rachel eagerly nodded, and took his outstretched hand, becoming his personal Talon and cementing her role in his life as a person who could be trusted.

Being the person that she is, Clarisse doted on her brother's children, and was just as overjoyed when Amelia gave birth to Jacob in 1861.   Around Jacob's fifth birthday, the proof of the Mitfield's bloodline carrying through him was made manifest, as he inadvertently transformed himself into a crow in front of his surprised parents and siblings. Frightened as to what became of him, Jacob was inconsolable and unable to transform back, until Clarisse swooped down beside him and began to talk to him in Crowspeak, walking him through the basis of their transformation. From then on, Jacob was Clarisse's particular favorite, as both of them possessed the Croxwie trait in their blood that was active. 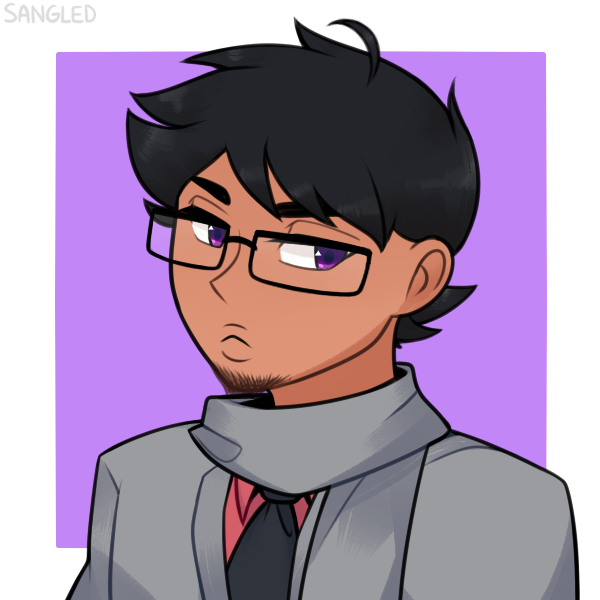