Your Majesty Irelia Magnolia Stillingfleet (She, her)

"Time has never stopped for any common man, no matter how much they begged or pleaded or bargained for even one more second, one more grain of sand in their own glasses. In all my life, I have never met someone so obstinate in prolonging their mortal existence like you - and what have the fruits of your effort become?"
— Irelia Stillingfleet, condemning a Watani commander

Irelia Magnolia Stillingfleet is the Crown Princess of the Monarchy of Cleolinia. The only daughter of Queen Isana Stillingfleet, Irelia is depicted as every way her mother's daughter, up to and including the frosty mannerisms that they regard most, and the warmth they reserve for those who are permitted past their icy facades.

For all her demure nature, she is still a True Royal, a Crown Princess, and the Daughter of Tiõ - most who forget this fact are quickly humbled when she brings them to heel. When she speaks, her words cut through like the Fencoverian Arctic winds, and her frosty demeanor commands immediate respect and attention. The flow of the ethereal in the form of Time courses through her like a raging current - her soft features hiding the raw power of her divine gift beneath.

"I'm not very good with people at all. But I feel that you'll take care of me regardless."
— Irelia, addressing Jacob during their first meeting

During the 1875 Grisett Function, Irelia was permitted to travel alongside her mother, Queen Isana - marking it as her first time outside of the safety of Harton Castle. Irelia was also invited as the formal date of the Third Prince of Mithambe, Jacob Mitfield - something that Isana herself approved of, given the Stillingfleet's cordial relations with House Mitfield.

"You are not as cold as what the nobles warn you would be. Instead, you're quite shy... but warm underneath."
— Alice Bellamy, upon meeting Irelia the first time

Shortly after Jacob and Caitlyn's spat, Jacob invited Irelia into his personal study, where he was meeting with his long-time friends from the other kingdoms. Despite her personal hesitation with meeting more people, Irelia took Jacob's hand and was led inside, where she would be almost immediately greeted by the reserved but confident Alice Bellamy of Pehamber, and the outgoing and exuberant Sylvia Strixel of Saini.

Upon hearing of the events that took place in Manhesto, Irelia immediately had two Valkyrie flights immediately re-deploy over the Eastern Cleolinian coast, and recalled Caitlyn from Mount Fencover to remain by her side. Her initial attempts to reach House Mitfield were fruitless, until she was able to get in contact with Queen Iris, who informed her that Jacob was safe, and that Kaylee was undergoing surgery. Irelia's heart broke when she was informed of King Marcus and Queen Amelia's demise, as well as the deaths of their eldest sons, their spouses, and the entirety of the Crown Retainers attached to them, and she wept alongside Iris as the death toll kept pouring in.

Isana permitted her to travel under heavy escort to attend the funeral rites of the Mitfield family, alongside Caitlyn (who was also close to the Mitfield brothers). At the funeral service, Irelia utilized her gifts to put a live display of the Mitfields' lives for all in attendance - a gift of remembrance that Jacob expressed sincere gratitude for. Irelia also joked that Jacob was acting out of order - becoming a king before she herself became a proper queen - a joke that was received in good taste, given the dark circumstances behind Jacob's sudden ascension.

"Immersing myself into the depths of Time is never painful. It is almost blissful, in contrast to the regular ethereal that can cause me unquestionable levels of agony."
— Irelia Stillingfleet

As a Daughter of Tio, Irelia possesses a hyperfocused affinity for temporal expression - the manipulation of time. This comes at no cost to her, with the drawback being that all other ethereal expressions will cost double the amount of mana for her, and inflict injury as well - given that her pathways are specifically made for handling temporal expression, and little else.

"Illuminate the night sky for me, and show me the passage of time. Never fail to guide me, and never fail to light the way before me. Show me the way - show me my stars."
— Irelia, initiating her Emanation

Irelia's Emanation is The Stars' Path, a wide-area utility-type Emanation. When it is active, the area of effect will become dark as twilight, with real-life constellations up and above, illuminating the ground below.

The strength of The Stars' Path is bolstered by Irelia's inherent Authority, and prodigial ethereal prowess.

"Most dismiss me as overly quiet and shy, and think they can walk all over me because I rarely raise my voice. I have no need for such reprobates."
— Irelia, addressing the lesser nobility's dislike of her personality

Irelia is known for her quiet and standoff-ish demeanor, making her isolated among the normally bombastic nobility of Cleolinia. She does not mind this lack of attention, and in fact is often suspected of harnessing certain rumors exacerbating her aloofness, giving her a wide margin to which she can properly assess people at her leisure, and deny or permit those to get close to her as she dictates.

"We are still friends, no?" asked Jacob, even as he settled into the couch, popping open his flask and taking a quick swig of whiskey.
"Indeed we remain friends, Jacob. Do you think I would allow the little things like distance and station interfere with our friendship?" Irelia asked, before smiling and pouring a glass of wine for herself.

As a True Royal, Irelia is in close contact with the other True Royals of Vinesia, including Alice Bellamy and Jacob Mitfield. Out of all the royals, she perhaps remains the closest with Jacob, due to their connection as descendents of the deities, thus making them unique even among the other royals.

Caitlyn also maintains a healthy and close friendship with Caitlyn Therrien, and considers Caitlyn her first friend. Caitlyn likewise reciprocates this relationship, and is always happy to listen to what Irelia has to say, and to go wherever she goes.

As a Daughter of Tio, Irelia commands the reverence of the adherents of the Clockwork Orthodoxy, as a demi-goddess. She keeps the religious fanaticism tempered with practical application, and is considerably relaxed when addressed by her followers.

As a Daughter of Tiõ, Irelia commands the same domains with respect to the manipulation and the observance of time.

Irelia and Jacob were first acquainted with each other at the 1875 Grisett Function, hosted by the Kingdom of Mithambe. With subtle manipulation by June Wisteria, Jacob was arranged to be the date for Irelia, for it was her first time out of the Monarchy of Cleolinia, and Jacob was the closest royal to her in respect to age. 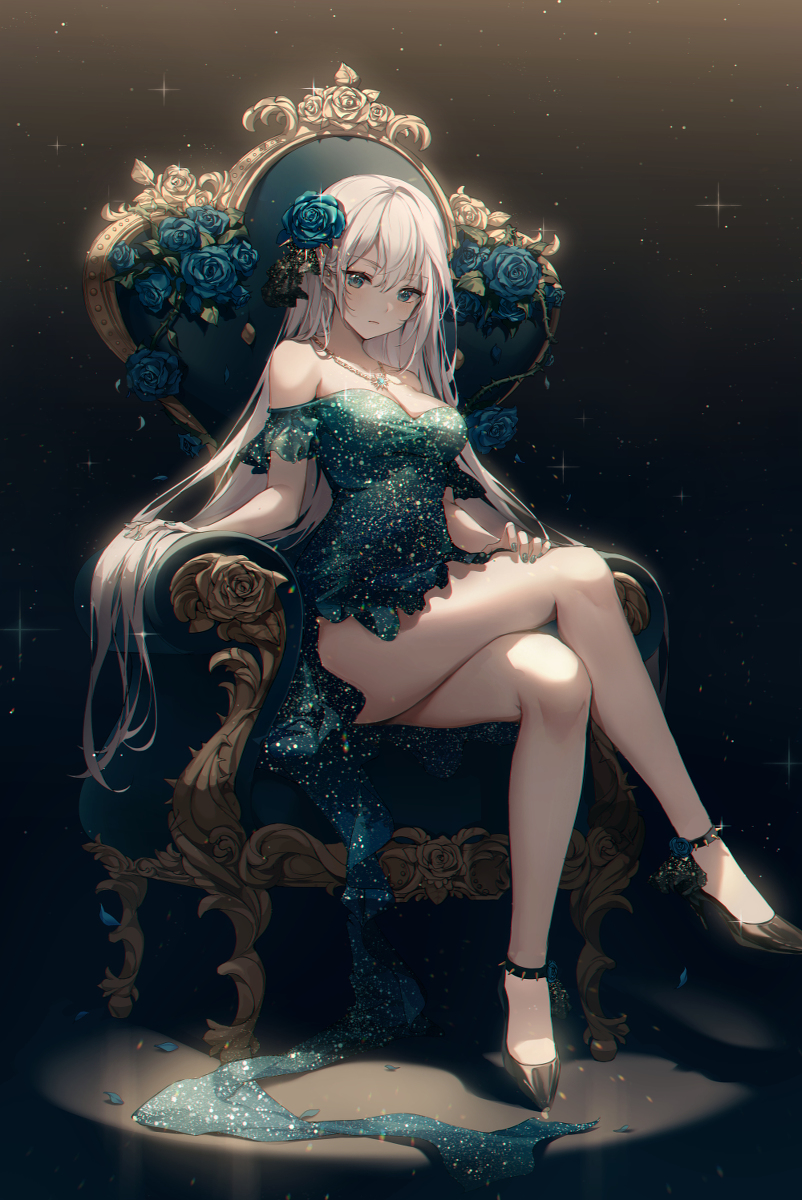