On the Five-fold Order

The Five-fold is composed of five paladins who have taken the Oath of Redemption. They are, above all, missionaries and diplomats - in that order. The Five-fold will venture into dangerous wildlands - such as the Western Mountains or the jungles of Kilae - and find any lost souls that they may shepherd to the church. They have also been instrumental peacekeepers among the disparate nations of Lower Huraedon during the lifetime of the Empire. Currently, the Five-fold is stationed at the Eastern Front. This is so that they may help the injured not lose their faith in the horrible war, and to also convert the near-eastern elves, the Naharaim, to their side in the war. They provide military effort when required.

The Five-fold is least called upon by the Empire. They are devoted entirely to the Church and are the most beloved order of paladins by the people. The Empire finds it difficult to control a force that devotes themselves to peace above all.

The average Five-fold paladin strength may be compared to that of a Black-ring adventurer.

They do not have a captain, and instead convene and decide on all decisions together. All must agree to an action, otherwise, they will return to debating. 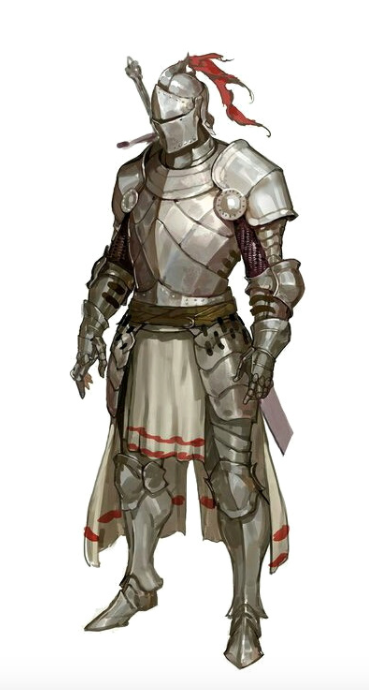