The Old City, the beating heart of ancient Mother Huraedon, the city of marble and pearl towers which pierce the sky like spikes. Uendale lays in the nation of Lambepides, which is in Lower Huraedon.

It is the seat of the Patriarch of Uendale, who is currently the only Patriarch. The city has been razed and pillaged many times over the millennia, and the seat of the Patriarch has often left its walls, but now, after a century of laying in shambles, the city takes its place amongst the great cities of the world. The Patriarch has returned, and although Lower Huraedon is in great strife, there is also great art and literature being produced. The artists flee to the walls of Uendale. They are paid well by the clergy, and the greatest artistic and architectural feats in Juraedon's history now fill the streets of Uendale. Indeed, the creative industry of Uendale is only second in the world to that of Quen.

But the sciences are not neglected. Observatories, fitted with magnificent and long telescopes, peer into the cosmos and discover the secrets of the stars. Schools of Magic boom and buckle under their success, as some of the most talented magicians in the world flock to them to find skilled tutors and professors. Alchemy, herbology, biology, and physics all find their place in the looming University of Uendale. It is a golden age for the holy city; it is a beacon of hope to a war-torn land and a corrupted empire.

Hopefully, this age lasts for many years to come. 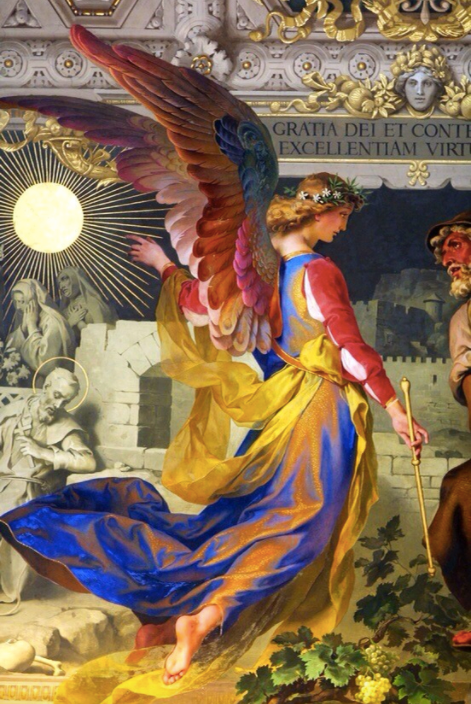 What is the Patriarch in this context (other than a male ruler), and why is this the only city with it (I would think there would be at least one more male ruler somewhere in the world even if it female dominated, such as how there are female rulers even in our heavily male dominated world)?

The Patriarchs are male bishops, metropolitans, and primates. They are considered chief pastors over the religious followers of Qallanism on the continent of Erub. Traditionally they are Human men, but doctrinally there can be women Patriarchs -- although there has only been one instance of this occuring. As for other races: they have little interest in Man's religions, which are quite opaque to their sensibilities. And traditionally only Humans have become Patriarchs, so there doesn't seem to be any chance for, say, an Elf or Dwarf, to become a Patriarch.

It's only recently that the Patriarch of Uendale moved back to Uendale.