On the Seven-fold Order

The Seven-fold is composed of seven paladins who have taken the Oath of Devotion. They most often deal with heretics, people, or nations, that would take issue with Church doctrine, most often through debate in a peaceful manner. But the Seven-fold uses deadly force when necessary.

The Seven-fold is also the most often order used by the Empire for its own needs. These needs will also usually run along the lines of heresies, but they might deal with things like rogue mercenary groups on occasion.

The average Seven-fold paladin strength may be compared to that of a higher tier Blue-ring adventurer.

Pictured to the side is their captain, Calin. 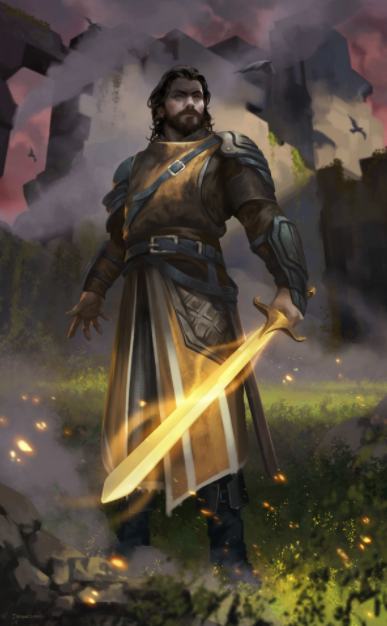