The two most common means of bartering are through the use of cocoa beans, (to be made into cocao) and cotton cut into standardized lengths of various value depending on their quality. This is called the Quachtli and is rarely used compared to cocoa.   Cocoa beans are the most common, most recognized and lowest currency denomination used for small purchases. The higher the quality of the beans, the higher its value. The quality of the soil the beans grew in and the more favourable the weather reflected in the quality of the beans. In the valley, the best cocoa growing regions are the most southern areas like Mais and Mist, who view it as a delicious but non-vital commodity. Indeed, the many attempts to take over these areas for their growing potential have made their subsequent trade difficult at times. Especially given that people are just as like to eat or drink their cocoa beans as spend them. Larger purchases are traded with Quachtli or cloth of cotton. Its value grows if woven tightly and it can costs as much as 300 cocoa beans. Around twenty lengths of even loosely woven cloth was enough for an average family to live on for a year. Quachtli is important but also quite rare to own in large amounts. Fortunately, unlike with cocoa beans, the Triple Alignment is able to meet its own cotton demands; specifically in areas surrounding the Market cities. There is a worry, however, of stocks being wiped out by disease, so several initiatives are in place grow cotton in separate places.

Children are also used sometimes as currency. It is a common practice to sell ones children as a slave or even for sacrifice, with a Sang child sometimes selling for up to 600 cocoa beans. However, it is only during extreme conditions does the state allow this, otherwise any unprincipled guardian would breed and sell their kin for a profit.   The declaration of a "Tecoujas" is a state sponsored missive that allows for this and is almost exclusively declared during scarcity, such in times of drought or disease. Fathers can opt to sell themselves at any time but this would hamper a family's ability to recover after a crisis. In addition, there are rich families within the country who would buy these children which is considered charitable since those stay within familiarity and have the chance to earn their freedom later. However, an emergency that warrants "Tecoujas" is typically wide reaching so other cities wanting to buy may also be unable or unwilling to pay the normal amount for a child and may never see their home again.

Spell money is most employed with outside traders. Spells are made of thin copper or tin of a standard weight and size in the shape of an ax head or crescent moon. It is called spell money because the first pieces to be introduced from Mist were made from transfigured copper, as well as for the fact that it is so unlike the other forms of money citizens are used to. The common people do not typically prefer spells as they cannot see any intrinsic value in it. But with several conflicts and trade disagreements, officials are uncomfortable with relying on hostile leaders or vulnerable territories with their central means of bartering. And want to wade the population into using spells more.

Spells are purchased with cocoa beans (around 40 beans for 1 spell) and then are used to trade for other goods at Oxxo or the Night Market, that are regularly visited by merchants from other parts of the world. In part by government meddling, more and more markets in the empire are beginning to accept spells in their transactions.

Gold dust carried inside the rachis of duck feathers is the highest valuation in the economy, and is called a "Charm". Though the Sang Empire lacked for neither gold nor duck feathers; Charms are rarely seen by the commons and just as rarely by the nobility. They are almost exclusively controlled by the merchant class (the Pochteca) who ship them out to trade in far flung places outside the Alignment, who would never accept spells and where there are more cheaply made alternatives to cocoa and cloth. 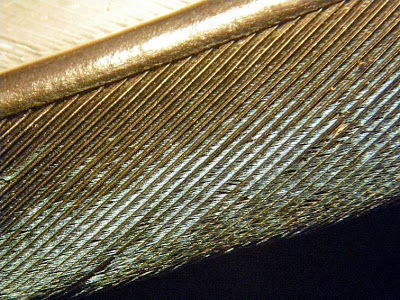 Zipping up a Feather 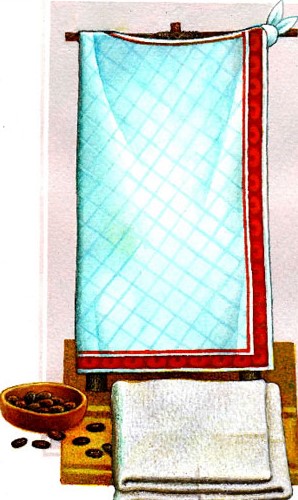