Praymonth the 8th, Year 50 of the Century of the Nymphs, 26th Cycle 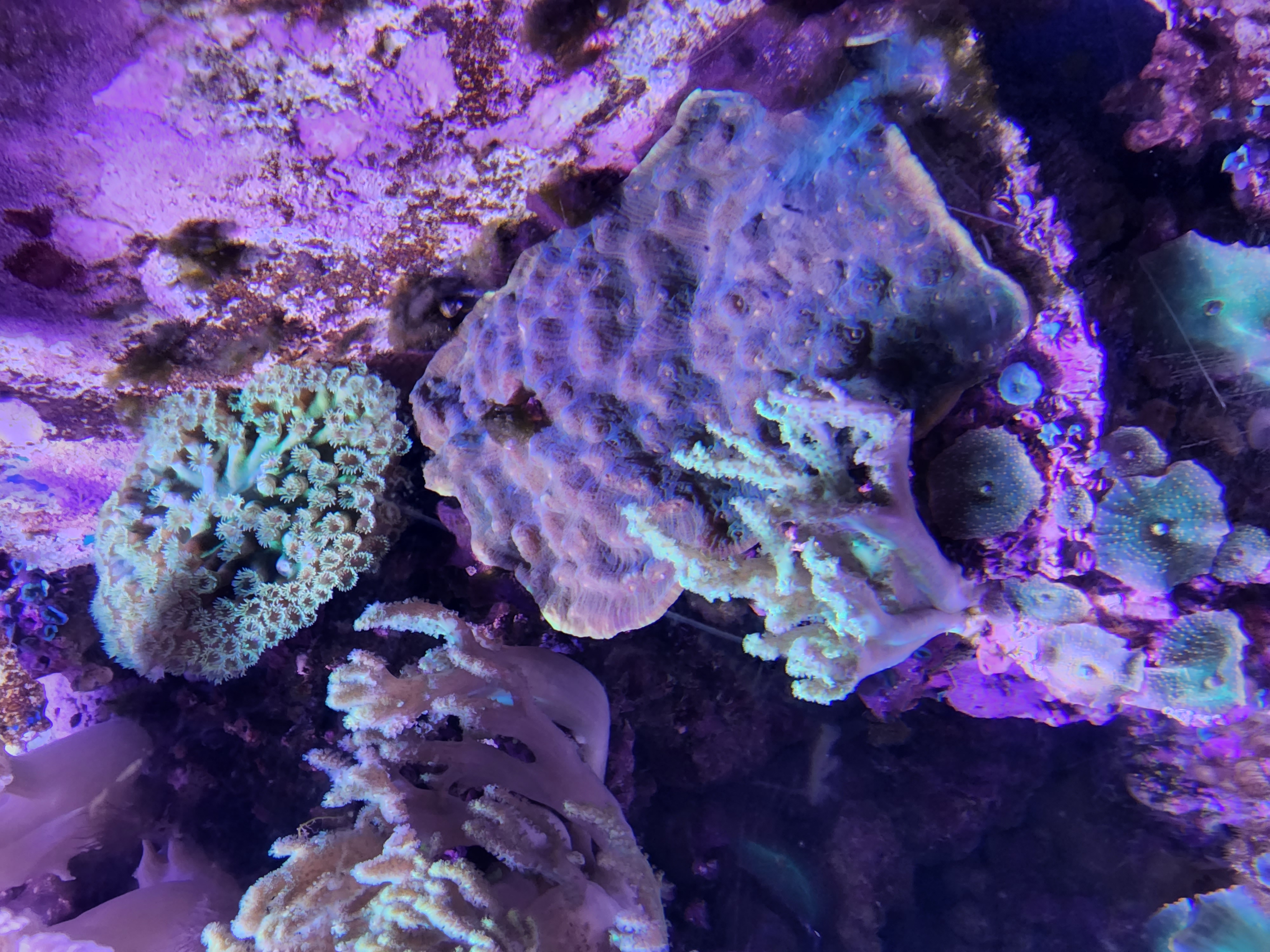 Coral is a material found in the Ocean, and other deep waters. Mermaids often use it to make housing and jewellery.


Found in the Ocean

The largest coral are found in the Coral Palace in Mermaid Cove, sitting pretty and listening to the music of the Mermaids singing to the Magi-clam that help grow the coral in specific ways. The Palace sets a particular design, and most of the rest of Mermaid Cove follow that design for their buildings.
After Coral Palace, the next largest set are found with the Northern Warrior Mermaids, around the Point, although these coral are less specified to a particular design, with not many Magi-clams around the area.

The Southern Mermaids are known for their exports in charms, jewellery and art, all of which may be made from coral. As there are a variety of coral, different types of things can be made, from sharp, thin needles to minature aquaria strung on necklaces.
Birth charms are mostly made from coral as there is the greatest variety of colours available to choose from. There are also different tones and opacities to choose from. There are even some with gradients and swirls of colour available, though, these are often priced higher as they have to be sung to order.
Mermaids are able to weave their magic into charms, and parents will often give their children charms imbued with protection spells. I also have a protection spell charm, a night light spell charm and an enhanced taste charm. I am always wearing at least one of them, although I don't know why my mother made all three to look exactly the same, and each on their own necklace, which also looks exactly the same.

The Northern Warrior Mermaids are just as dexterous as the Southern Mermaids, although they prefer to make, or decorate, their own weapons rather than make charms and jewellery to sell.
There are many fancy spears, for example, of the Eguard Unit. Jazzach's brother took me to their guild room and showed me a cupboard filled with a row of spears. One of them had yellow coral swirled around it. Another had blue coral lace sticking out from all sides. And another had the spores of every colour sprinkled all over it.
Some weapons are made from coral, some from metals found in the Ocean and some from the bones of animals. Most are made from a mix of these though. 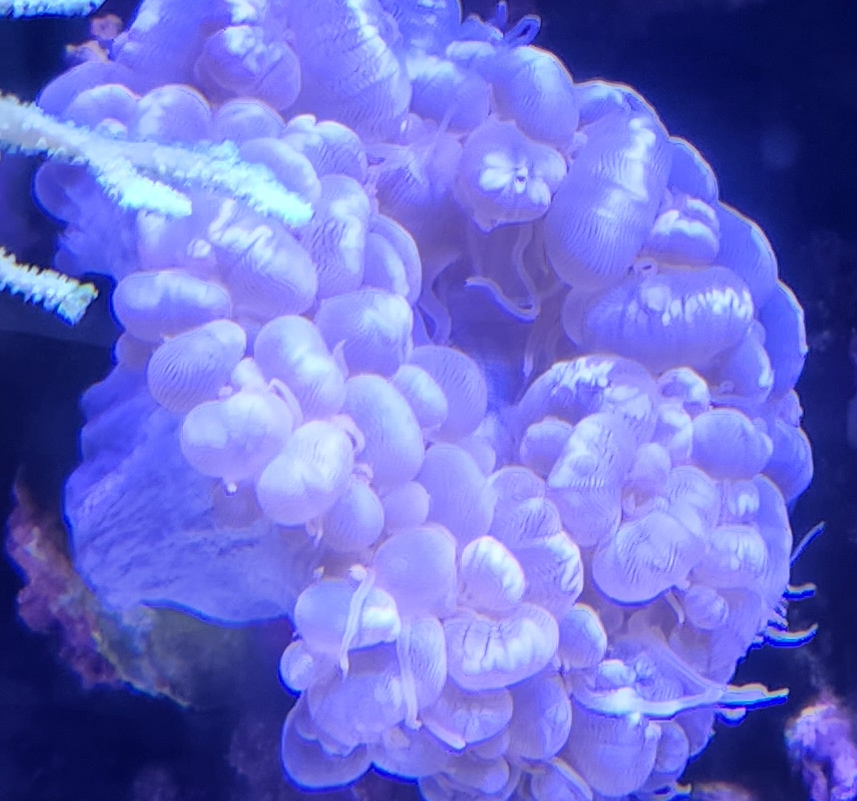 by TaraFaeBelle
There are many coral designs from big, flaky coral to tiny, glowing coral. Some coral is shaped to mimic other things, like Magi-clam shells (like the Mermaid Queen's throne), which means that it can be a different size of colour to whatever they are mimicing. Many coral species glow under certain conditions, generally either in response to a lack of lighting or how deep they are submerged.
There are some coral that look more like jellyfish than anything else. Like this one, it looks like lots of tiny jellyfish are sleeping together, but it isn't. It is still poisonous, but its a much sharper and warmer poison than typical jellyfish poison.

Coral is a wonderfully fun building and decorative material found in the Ocean.

The only deep waters we have are from the Ocean, so the line 'and other deep waters' are unecessary, unless, like Taegrin, you are presenting a literature review on the history of coral, inluding the its presence in the lake of the Badlands before the Magic War that dried the lake up - which you have not.
Taegrin tells me he appreciates the photos of coral you took for him, but not the pictures of you dismantling and consuming the venemous stonefish and eels.
Use 'and' in your reports, not '&', regardless of whether it is a heading or not.
It would have been nice to see a photo of some of the various different colours, shapes and sizes of the coral as charms and jewellery, even without Taegrin's large table detailing every type he could find.
It would have been nice to see some photos of your own charms, if that is an available option. Are there are cultural significance of your charms from your point of view you could add to the report? Have your charms ever been used, for example? What was the effect. Is there a difference in effect from using coral a charm, or, say, a pearl? Your own experiences in relation to the subject of the report is perfectly acceptable.

You seem pretty interested in the charms, don't you? Do you have one, or are you looking for one?
Council Notes
It is about time to update the spells able to be imbued into charms list. Also, check that Jazzach isn't spilling secrets, even to her own brother. He should not have been in the guild hall during one of those meetings. Have Mimi do a couple of historical or literature reports while we investigate.

Answering: "Α material only harvestable from nature"
Visit TaraFaeBelle's Competition Page Check all other answers to this prompt Competition Homepage

The image of Mimi's face was created using Artbreeder.
Please Login in order to comment!

Apart from the fact that I like the idea, I think the presentation is good in the sense of a report that is then also commented on - and commented on again. That really made me laugh. And so it stays in the memory much longer. Great job.