When Hospodar Mikhail found a girl in the garden of his Yakisoba Yashiki, apparently dead from exhaustion and starvation, he did not panic. In fact, this was just the kind of opportunity he'd been waiting for. Following in the greatest of Mavrovlachian traditions, he took the corpse in to his hidden laboratory and began to experiment.   Mikhail believed that alchemical transmutation must be possible within a human body. However, the process would be internally toxic, fatal for any living creature. If he were to first make a subject, dead through not fault of his own, into a Kyonshi, however... Lead into gold seemed a bit too ambitious for a first experiment, so Mikhail settled for fixing up the girl's corpse to transmute blood. Human blood is notoriously difficult to store, and Mikhail resented having to spend so much time secretly managing his supply. If the girl's body could transform it into something that didn't go bad, like candy...   The experiment was a failure on at least one point. The girl could move, think, speak, and convert life energy into candy. That energy wasn't blood like he had intended, but the "ki" energy present in any living creature. Satisfied that he'd at least made some progress, Mikhail decided to keep the girl around. He dubbed her "Haro Uin," a pastiche of a Japanese name using a few characters he found appealingly morbid. What's more, her morbid existence, contrasted by her cuteness and candy theme, reminded Mikhail of Helluvin, a place he'd always wanted to visit.   To the newly-named Haro Uin, things weren't quite so simple. She'd suddenly awakened in what seemed like a miniature church, although she couldn't remember why she knew what a "church" was. Indeed, she couldn't remember anything about her life. It was as though she'd spontaneously popped into existence on this slab, in this cold place, armed with a full set of skills and faculties. What's more, the handsome, point-eared man who seemed to be her caretaker sometimes brought people for her to hit. When she did, candy popped out!   That settled it, then, Uin reasonably concluded. This all must be a dream. Eventually, she'd wake up back wherever her real life was with her memories and everything would make sense again. Until then, she was free to romp in this fantasy would where West met East and people bled candy when you struck them.

Trick or Ki: Haro Uin does not recover ki using her ki drain ability. Instead, whenever she damages the ki of an opponent (either with her Kyonshi ability, Dumah, or otherwise) the unique Mavrovlachian biochemistry in her arm activates and she converts the amount of ki damage dealt into an equal number of individually-wrapped candy pieces. There is no limit to the number of pieces of ki candy that can exist at one time, and any creature can eat them to recover a number of ki points equal to the amount consumed, up to their maximum.   Eating a single piece of candy is a passive action. Up to 50 pieces can be gorged on at once as an active action; don't worry, the wrappers are edible! However, eating more than 20 at a time triggers a stomach ache, inflicting a minor pain (-20) state for ten minutes. This negative effect does not stack. 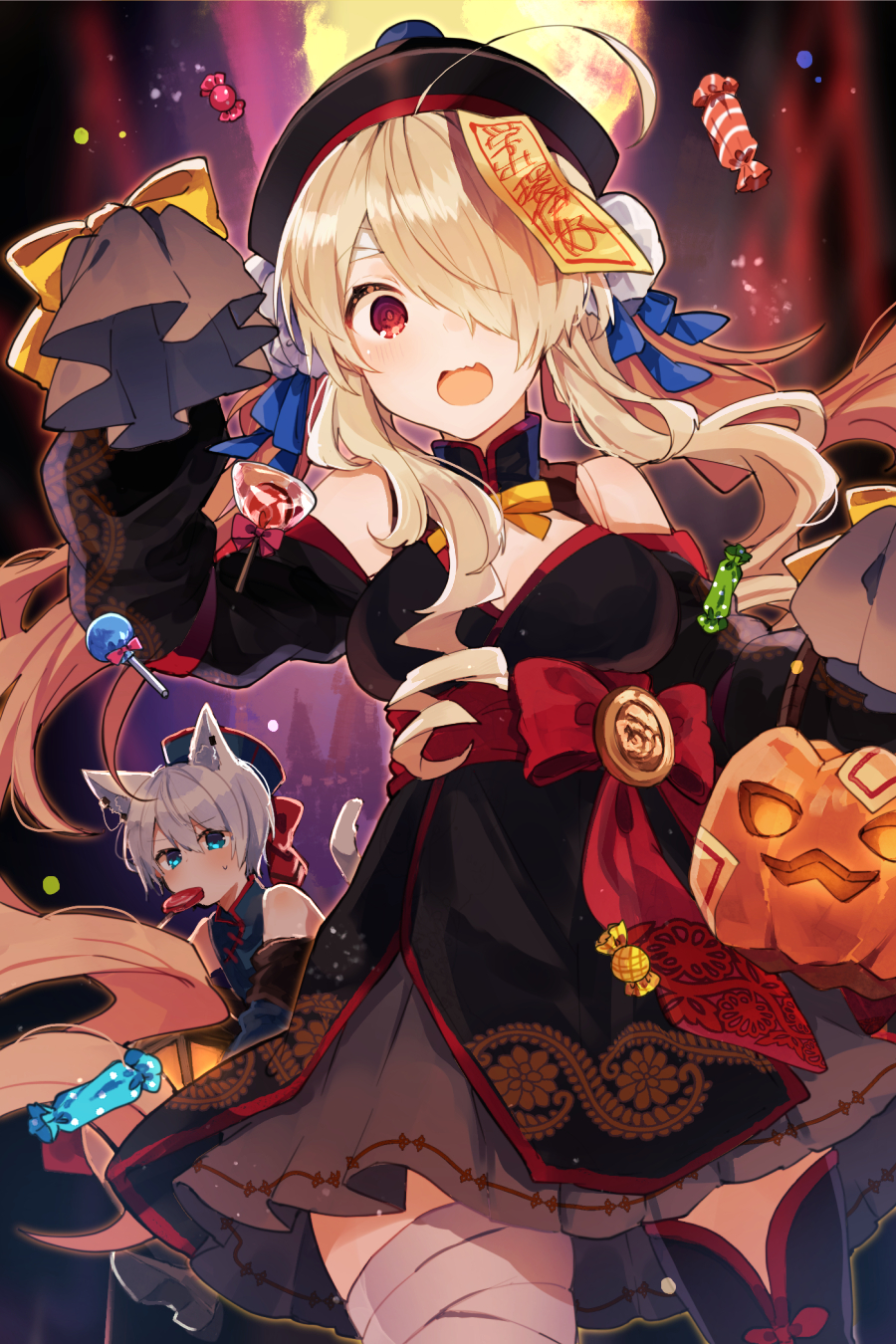