The only person who knew, truly knew, that it was all about to come crashing down was that bastard on top. Everyone else suffered the consequences of his malicious greed.
— Dyiiladuunawa scholar

Dyiiladuun was a country located in the south-eastern tip of Thurásin, and was one of the largest powers in the area in its day. It and most of its territory was destroyed in the year 27 Continuance at the hands of an ancient dragon.

When Dyiiladuun was founded exactly is unclear, as its origins predate both the Thurásin Standard Calendar and seemingly the written record. It's presumed that it grew from a church, which grew more powerful as it acquired more land and adherents, and eventually gained the status of a country in the eyes of its neighbours.   Dyiiladuun was well positioned to trade along the southern and eastern coasts, and the hills and mountains in its territory proved rich with in-demand resources, with ample supplies of metals and precious gems. It prospered from clever negotiations with its neighbours, and its name was known far from its lands.   Its run of luck seemed to only improve in 20 Continuance, when miners in central Dyiiladuun discovered perfectly preserved dragon scales and bones in the stone. Despite push back from many who believed that dragons were divine and should not be 'defiled', the leader at the time, Ngaabalumi, ordered that all such material be excavated post-haste.   Thereafter, Dyiiladuun was plagued with mysterious rumblings, and many lower-ranking members of the church reported receiving messages from their gods, warding them from this path. Such warnings only grew in number as the years passed, with Ngaabalumi's position as persistent as the shaking of the earth. The country, and especially its leader, grew fabulously wealthy off the trade of their rare materials.   In early 27 Continuance, reports suggest there was a "mass-possession", wherein the Divinity of Justice and Divinity of Balance forcefully took control of many of their adherents and marched to the Cathedral which served as the seat of Ngaabalumi, demanding he cease the mining operation and return all "stolen goods". He promised to do so, and the mass-possession dispelled and dispersed. Despite his words, the mining continued, though many of its workers quit or fled the mines.   Mere months afterwards, another mass-possession instructed the faithful that they had three options - overthrow Ngaabalumi, flee into the safe lands of their north and western neighbours, or create a fleet capable of sailing in the roughest seas so that they might flee to even further lands, far from the coming danger. Few dared attempt the first option, despite direct instruction from their gods, such was their faith in their leader and the institution he represented. The population of Dyiiladuun experienced a mass emigration in only a few weeks, with Ngaabalumi trying and failing to convince his citizens that he still held divine authority and prevent them leaving.

On the final day of Dyiiladuun, Ngaabalumi and his closest allies fled the country themselves, heeding the warning of the vast rumbles beneath the earth. The fleet frantically cast off, forced to leave many of their loved ones on the shore. As they fled, the land split open to reveal a colossal dragon, larger than any they had every seen before. After shattering Dyiiladuun and sinking much of it below the waves, it turned its gaze to the fleet, and pursued them across the horizon, harried by smaller dragons.   Just as those on the shore thought they were safe, the dragon returned, and began to tear apart Thurásin. Before it could destroy the entire continent, huge groups of warriors formed Divine Contracts with the Divinities, granting them divine powers that they could use to stop the dragon's rampage. With the help of many Nyikkishep warriors especially, the dragon was stopped, and after a very brief conversation between it and the de-facto leader of the divine fighter, killed.

Dyiiladuun was physically and politically destroyed that day, with the church having lost any power it held over its adherents. Neighbouring countries, with few exceptions, took in those who had been made homeless by the devastation. Ships were sent out to identify the fate of the fleet, with no success.   Ngaabalumi, thoroughly disgraced, spent the rest of his life in the care of a closely affiliated church north of Dyiiladuun's former borders, granted sanctuary from the many people who sought his head for the event. His death in 53 Destruction, a little less than 53 full years after the devastation of his country, heralded the Era of Redemption in the Standard Calendar. 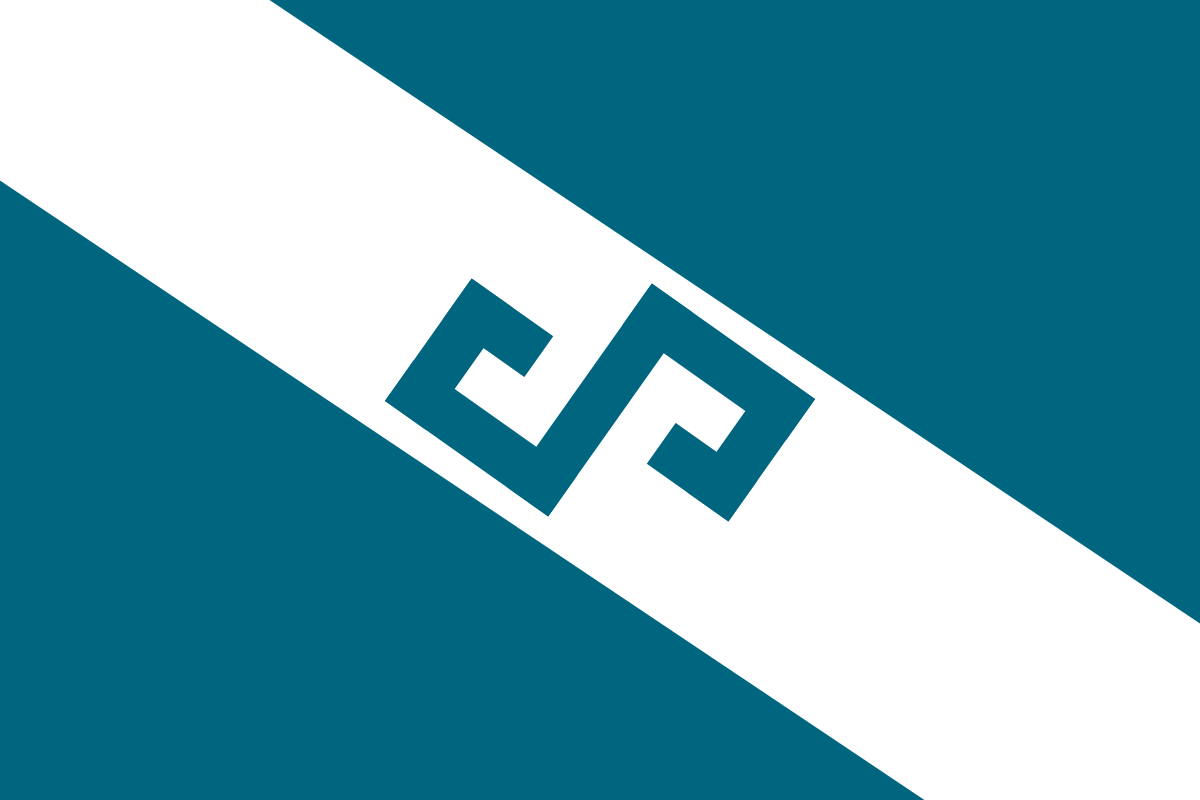 Ngaabalumi as not his name, and he was never called it during his time as the leader of Dyiiladuun. Rather, after its destruction, many of his former charges refused to call him by his name due to the respect that presupposed.   Instead, they gave him the epithet Ngaabalumi, meaning the Cursed One. Their meaning were manifold - firstly that he was clearly a cursed man, fated to live many years with the consequences of his foolish actions. Secondly that his appointment to head of Dyiiladuun's church was a decision which cursed their great nation. And thirdly, perhaps most importantly, that he was worthy of the foulest magics known to otherwise upstanding citizens, and that the fate given to him by the gods was far too kind.   What records managed to survive the disaster were defaced to remove his name, and statues of him were destroyed. Whatever the man's real name was, it has been lost to the dragon's claws and the waves of history.

The flag of Dyiiladuun consists of a white bend on a field of teal. The charge at the centre of the bend is a double-ended geometric swirl, in the same teal as the field.   It is assumed that the teal represents the waters that surrounded Dyiiladuun, being a peninsular nation, with the white bend being the peninsula itself. The meaning of the charge has been lost to history, either being a symbol of the state's church which was applied to the whole country, or a symbol of the local peoples that was adopted by the church.   While no longer flown in the classical sense to represent a country, many Dyiiladuunawa fly this flag as a sign of their cultural pride.

The final leader of the destroyed country of Dyiiladuun, reviled by history