The Evergreen is a forest that takes up a gigantic portion of the Western side of the Mainland. Home to many elves for hundreds of years and also serving as a base to the White Raven’s in the past few years. After the great dragon Straad destroyed a large swath of the land, the number of the residents of The Evergreen plummeted, as many lost their lives in the fire. However, the forest attempts to thrive on. The leader of the Elves, Brettana Moonshadow, is not one to be broken easily, or allow her people to be.

While the Elves can be a dangerous foe, many other wild beasts roam the forests. Among them, crafty kobolds, dire bears and giant drakes can easily ambush the unwary. 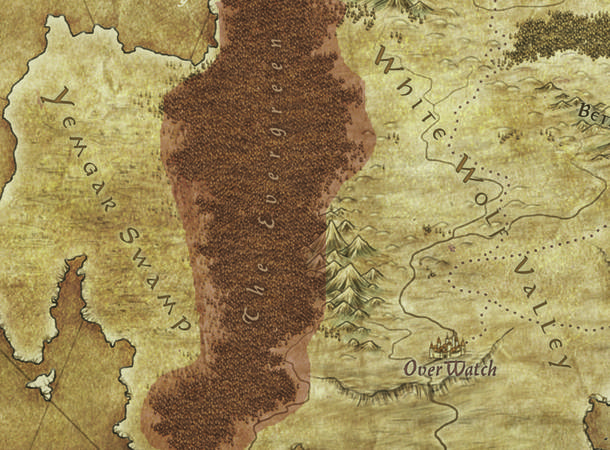