A woman accused of being a werewolf.
A lost item surrounded by silence.
And restless memories.   Adren and Nadin go to Adren’s childhood home of Kloreng, expecting to recuperate with the fairies there before heading back out on their search for a cure for the unicorn. Instead, Adren must represent the mound in the case of Esh, an alleged werewolf from the neighbouring human town, and Nadin is hired to find something for the fairies that they are prevented from describing.   As he pursues his task, Nadin delves into magic both unfamiliar and unsettling with the help of a man who isn’t as human as he appears. Meanwhile, Adren’s search for the truth unearths yet more hidden memories and brings her face-to-face with an incident from four years ago, one involving her, the unicorn, and a man named Pider.   The fairies of Kloreng know how the two paths converge, and would share that knowledge freely—if only they could. 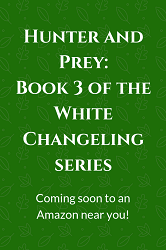 
Remove these ads. Join the Worldbuilders Guild
Like Mist Over the Eyes
Novels