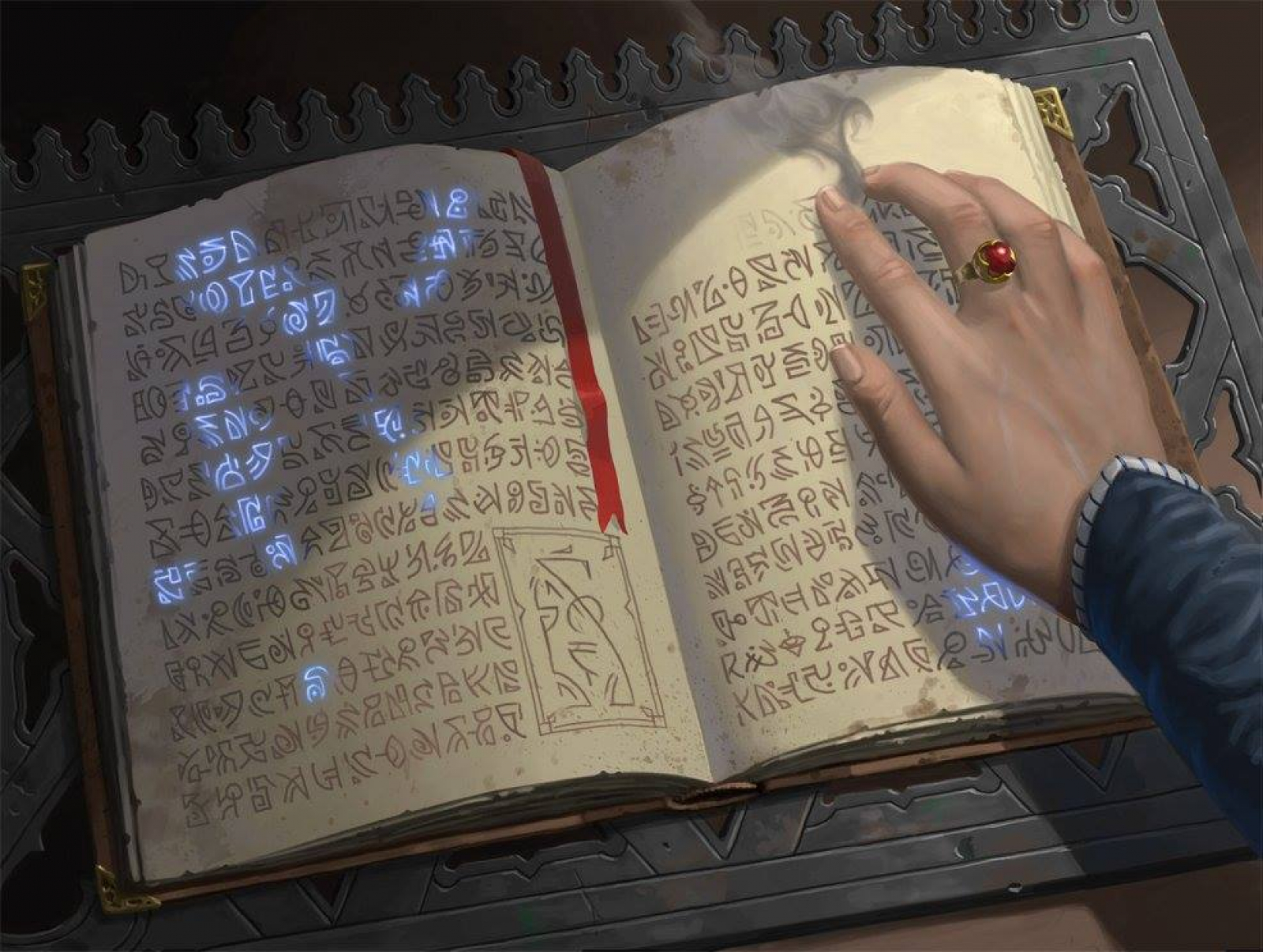 Magic is a powerful thing that should never be taken lightly even by the spellcasters that use it. For actually casting a spell is more complicated than one would expect as it requires certain words to be spoken to do a spell properly and differently depending on what they want from the magic they were using. Of course due to the different types of magic there many different types of words to represent each one. But for a magic user that was born with that certain type of magic they just need to know the magic word for their magic. Then all they have to do next would be to remembering the word structure of the spell that they are using. This is why they either memorize them or use a spellbook to look up the words when the time is needed.

Chain of the Arcane

The chain is what allows the spell to come forth from the magic-user and manifest, with each word that is spoken into it the more powerful the spell becomes and how the spell will play out when casting. The most important part of these is the Word of power and Arcane Source, the rest is done by saying a command to manifest the spell the way they want it.
Word of Power: A Word of Power is the manifestation of true power itself as to speak in a spell will cause the magic to bend to the user's will. Each word has its meaning and effect, it cannot be altered in any way and to do so will cause damage to themselves as they are the universal manifestations of magic itself.

Arcane Source: The source of a certain type of magic that allows a user to summon up their magic. Each source is bound to its limitations and strengths and the host must follow them as it is apart of their very being. It is considered the easiest to learn as a magic-user only has to learn their form of magic.

Command: The command is often a set of quick phrases that allow the spell to manifest into the shape or form that the spell requires it to come it. By doing this the user can control in better and suits their needs in their current situation. But it is imperative that they are said with detail and spoken clearly or it may cause the spell to be off and not meet the results that were desired.

The Arcane can be written in a spellbook to allow them to be read by a magic-user. But the language itself is written in glyphs rather than in words as they still retain magical energy in them even in symbols. For that reason, glyphs were used to ensure a nonmagic user did not say an incantation out loud to cause a miniature spell to be cast. This is often due to it absorbing any magic whenever it makes contact with it to store for later. This often works to a spellcaster's advantage as they can use it less the Price of Magic on themselves when they are reaching their limits. This of course makes the spell larger as a magic-user is channeling their power through the glyphs themselves.

It is unknown how this language was created by magic users, to begin with as magic is not apart of this world. There are have been theories into how this is possible though. Some say through trial and error those were learning magic manage to figure out the glyphs and words need to cast a spell, though this is considered unlikely as it would mean that it took thousands of years to cast magic. Another is that the language was originally given to them by a god that favored them, a theory that some still believe in despite there being no records of a god of magic, and if there were would have been long since dead. But in some small circles of magic users, there is an old tale of how they were able to learn the words of magic. It is stated that through a deep meditative state, magic users of great mental discipline went into the plain that the Ether, the source of all magic, and found the words and glyphs throughout it and wrote it down to share with others. Whatever may be true it does not matter as it will never go away as magic still exists in this world.

Words of the Elements

Words of the Wild

Words of the Spirit

Words of the Foundation

Words of the Holy

Words of the Darkness

The danger of saying magic words wrong can have dire consequences on the one casting it. This is due to the laws of power that come with magic as each word has meaning to them to allow them to be cast. If a word is spoken in the wrong sequence or misspoken then they will end up with something different or the spell could backfire on them. Causing harm to themselves and possibly causing the Price of Magic to cause serious side effects on them. Many magic users that failed to say their word properly have either died or went through a serious injury that sometimes became permanent.

I like this concept. Words of power, or magical languages, are an old concept that exist in real world magical systems. I also like the concept of a cost of magic. Are the glyphs you included intended to be the appropriate glyphs to use, or are they a placeholder? If they are intended to be used with your words of power, do you know which glyph corresponds with which word?

The thing about glyphs in this world each word of power and form of magic have their own glyph to use. As for the command the glyph has to be altered to match what they what, making them ever-changing while doing so. As for the glyphs in use, they are but an example of what they look like as it is hard to actually make them digitally. I still need to design the glyphs for the main ones to make them stand out to make them truly magical in their own right.