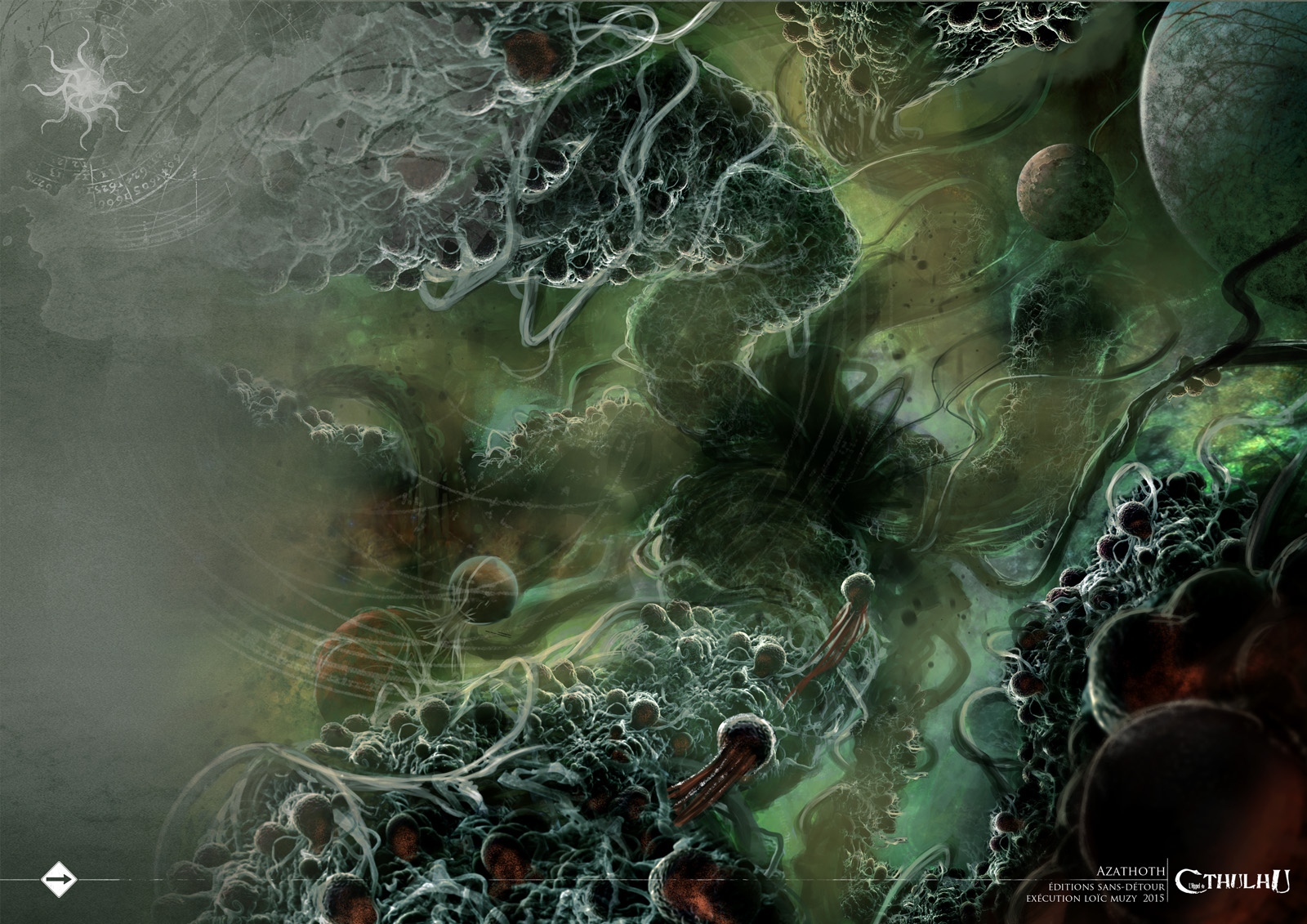 The Worm that Devours

After spending an eternity feasting on the core of dead stars, the Worm that Devours have found the taste of human misery to be an addiction it can never shake. It feasts on terror and on the essence of those who decay while still alive, both available in abundance on the killing fields of the Long War.

The Worm that Devours takes the shape of an immense worm covered by an obsidian carapace. In the gaps between its armor there are grasping arms and hungry maws, or pulsing flows of fire stolen from the stars it once fed upon. The bottom of the worm terminates in the four-legged body of an amphibian-like creature with the worm disgorged from its wide open mouth.   When the Worm goes to war, the obsidian along its body will elongate into vicious spikes and liquid fire drools from its infinitely-fanged maw. When it flies through the void, the amphibian body at its root hang limply.

The Worm that Devours have learned well the value of restraint and is one of the Covenant. To quell the depth of its hunger, the Worm has subdivided itself many times into various forms that prowl the battlefields of the long war for the feast it desires. Most of these forms combine elements of fire and crawling, creeping things with too many legs and too many claws.

As part of the Covenant, the Worm that Devours divides its times between roaming the world of man across the void and seeing off other Occultarum who possess less restraint. If the Occultarum can be said to possess emotions such as fear, the Worm fear the ancient Occultarum Consumption as the immensely powerful creature would devour humanity in a single night if it could.   Perhaps due to its age, the Worm is more corporeal than a metaphysical concept. Its effects on reality is relatively minor - maggots that feast in flesh in areas where it pass are sometimes born with obsidian shells and fires burn after they should extinguish. It would be a mistake to think of the Worm as an ally to mankind and only time will tell how long the Worm will hold its ravenous hunger at bay.

The Grinning Man   Unknown to the rest of the Covenant, the Worm that Devours has managed something that no other Occultarum have - it has pierced the shroud and manifested in the world of mankind. The very weakest of its subdivision managed to slip through in the shape of the Grinning Man. This sub-self of the Worm has the shape of a crude simulacrum of a man, with pale puffy skin and a face devoid of features save for an impossibly wide, toothy grin. It wears whatever outfit its observer might, though in the quality of a poor imitation.   The Grinning Man is weak and only able to manifest in the parts of the world where the influence of the Occultarum is felt most keenly, areas of high strangeness. So far, it has done nothing and only watches - though a particularly concentrated artillery barrage once dismantled its corporeal form and forced the Worm to reforge it. 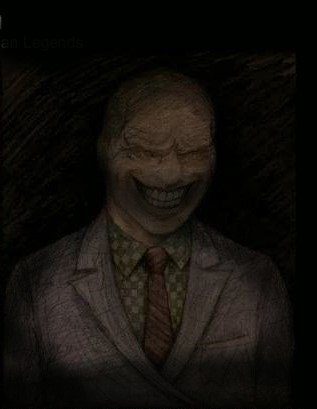 Cosmic-scavengers and void-maggots, the Occultarum are creatures from another plane of existence who have spent aeons gnawing on the bones of dead gods and dying stars. More concept then corporeal, the Occultarum are alien things that follow no natural laws. Ever since mankind unlocked the secret of magic, they have been drawn to this fresh new banquet.   Read more about the Occultarum 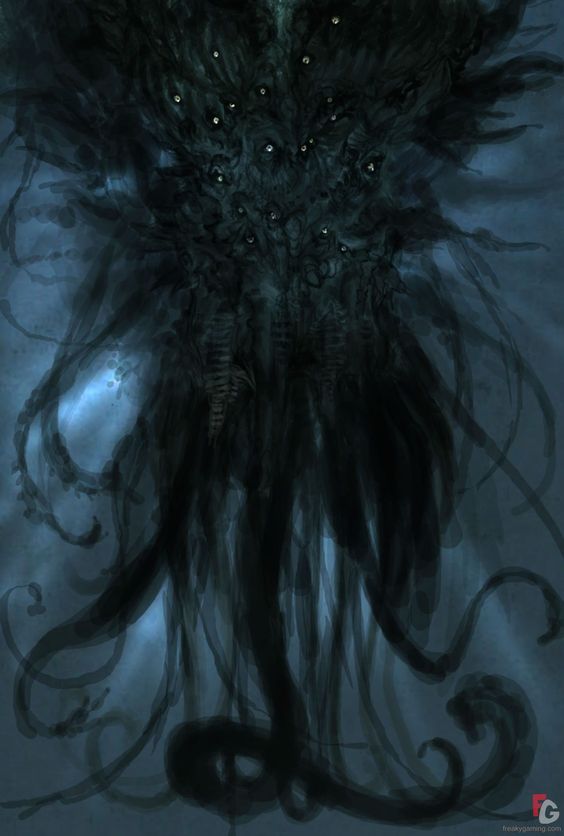 Not all Occultarum are so blind. Some have evolved from their feast on human souls and come to see the value in restraint, like a farmer who fattens his cattle. These Occultarum have formed a loose alliance, a Covenant, for the purpose of maintaining their feast for as long as they can.   Read more about the Covenant
The Occultarum

This is just straight-up nightmarish. My skin was crawling while I was reading it, those are some great descriptions. I haven't ever thought about death and decay on celestial and interstellar levels before, nevermind the monstrous things that might feed on the dead and dying stars and gods.

It's a dirty job and someone's gotta do it :D   Thanks your the comment and the read! I'm glad you are enjoying it :D

The first paragraph made me think of the myth about the snake that tried to eat the sun. But far more sinister. As the article goes on, it just gets more and more … I'm very glad I do not live in this world. Very, very glad. The formatting is very nice, that picture of the Grinning Man is creepy and the sidebar well executed. The description is spot on, painting a very clear picture of this creature and its hovering threat.   You mentioned fires that failed to die when they should have. Is one of those events something you might touch upon in a later article?

I might make a condition article or metaphysics law article about it, yeah :) Reality becomes a little wibbly wobbly when the Occultarum gets really manifested. Exploring that could be really interesting!

I get reality getting wobbly. My world has that issue too sometimes. You always have such interesting takes on things. :)

This thing is creepy. I like the idea of one single "bad guy" doing "worse things" unknown by the rest of his kind. You used both singular and plural forms for the worm. What is it? Is it both many AND one? Also, what does it wait for before starting to devour people? Does it wait for mankind to be very lucky through and through before taking everything away from them to let them fall deeper? Or is it the other way around, that it waits for more and more grief to stack up before the feast?

Grinning man is creepy and I HATE it. Lol. I also see why you liked my Obsidian reference. Well done and creepy as usual. I'm curious, are there are a cluster of dead stars? Is this a common thing?

It's more of a metaphor; the occultarum exist in a sort of shadow-plane where things go when they're real dead in the real galaxy. Gods, stars, ideas... Everything that dies have to go somewhere. And then the Occultarum eat it, forever. :)