The Morning Realm    People    Ancestry      Dark Elves
The Old Ones fell, and the Dark Elves were all that remained. They emerged from the ruins a broken people. The dark elves are named both after their dark appearance, dark countenances, and dark past.

Dark elves are the shortest among the elves, especially the older generations due to malnutrition. They still easily match the height of humans. Dark elves are known for their unnatural skin colours, ranging from grey to blueish or purple. Their hair and eyes are usually white, black or red.   There is an honest appreciation for a weathered appearance among the dark elves. Wrinkles are called lines of wisdom, scars lines of honor. Vibrant red is considered the most attractive hair colour, but a glossy rich black is a close second. Many dark elves dye their hair to either effect.

Sometimes described as hostile or even xenophobic, the reality is that dark elves are guarded and see no reason to put on airs with strangers. Smiles without reason are seen by dark elves as hallmarks of the untrustworthy or foolish, and warmth is earned rather than freely given. Those who do get to know the dark elves get to know some deeply wounded souls. Whatever happened to make the old ones fall changed the elves forever, and the burden wears heavy on them all, from the tightlipped elder who refuses to speak of it, to the generations later who carry an inherited pain they do not know how to speak of.   It is not surprising then that the dark elves have a reputation for vice. Many traditional rites of the dark elves involve the use of various potent herbs. Stimulants, narcotics and hallucinogens are all used for their own purposes, be they spiritual, medical or recreational.

The conventions for dark elf names are complex. When one is familiar with the family, the parent is called Tel Surname, the parent who married into the family Tel Maidenname Surname, the eldest unmarried sibling goes by Val Surname, and the younger unmarried siblings go by Val Firstname Surname. If one only knows an individual, Tel Surname is preferred for anyone older than you, and Val Surname for anyone younger.   Val - Informal, used for unmarried and young elves.
Valen - Same as Val, but used when the last name is unknown.
Valenna - Feminine version of Valen not traditionally used.   Tel - Informal, similar to Mr.
Telen - Same as Tel, but used when the last name is unknown.
Talenna - Feminine version of Telen, not traditionally used.   Magus - Any magic user.   In traditional dark elven society, a child is given a false name at birth. This false name is almost always derogatory, for the protection of the child. There is a superstition that not doing so will lead to an early death. The true name is bestowed when the young elf starts showing the wisdom expected of an adult. Petulantly demanding a nicer name is a surefire way to be stuck with the false one for quite a while longer.   The true name is often discussed both with an astrologist and with the ancestors.

Ancestries of the Morning Realm 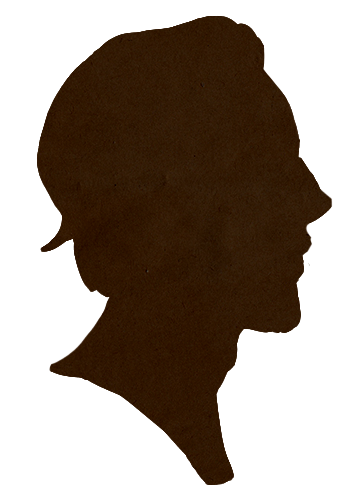 Lifespan The Dark Elves usually live three and a half centuries, but a few Other

Answering: "an ethnicity surviving in an inhospitable region"
Visit nnie's Competition Page Check all other answers to this prompt Competition Homepage

I'm no longer working on the Morning Realm, but I'm leaving it up for anyone who is still interested in my past work. If you want to see what I'm currently working on, check out Solaris!
The Morning Realm is written and illustrated by Annie Stein.   The Morning Realm is unofficial Fan Content permitted under the Fan Content Policy. Not approved/endorsed by Wizards. Portions of the materials used are property of Wizards of the Coast. ©Wizards of the Coast LLC.
Cover image: by Annie Stein
Article template
Ethnicity
World
The Morning Realm
Category
Ancestry in People
Author
nnie
Publication Date
15 Jul, 2021
Creation Date
12 Jul, 2021
Last Update Date
22 Dec, 2021
Visibility
Public
Views
206
Favorites
1
Comments
0
Work In Progress