Small, affordable and fun for the whole family! Everyone can use a Poppet in their lives, so why don't you? Buy one today!
— Merchant

Poppets are doll-like constructs built to serve with smaller tasks. Easy to produce and cheap to make, they act as familiars to the mages of Fabulae. Either for the daily chores in the household, or while travelling across the landscape as a companion.

Most Poppets use cheap materials to make up their bodies such as cloth or wood, being no different from regular dolls. Same goes for their fillings, being only cotton or hay for many. This makes it quite easy for anyone to make one without a need to study the arcane.

While the simpler designs make them more frail, it also makes them easier to repair. This inexpensive production method is why they are so popular in the first place.

More advanced Poppets exist out of clockwork and metal like their bigger cousins. With hundreds of moving parts, they demand a lot more maintenance than those with cotton filling.

Simplicity Down to the Core

Because of their simplicity, any intelligence magic can give them is limited in its scope and understanding. Most only function or respond to simple tasks, such as cleaning or carrying things. Anything more complex may be too difficult for most to handle with precision.

What they might lack in accuracy, most do make up with dedication. A poppet’s devotion to their task often goes above their own lives, seeking to fulfill it at all costs. One tasked to defend a person may even attack close ones without question if it means protecting someone.

However, despite their simple nature and understanding of the world, Poppets display the capability of impressive teamwork. What only one might lack, entire groups can organise elaborate plans and hierarchies to fulfill their duties. It is how Poppets can manage a household without the trouble of getting in the way of one another.

Amongst Fabulae, Poppets are common around all areas one can think of. Being so simple to produce, they serve as an entry-point for construct makers but also the cheapest way for anyone to get their hands on constructs. A combination that makes them quite popular.

Poppets might be the first example of constructs ever made, with archeological findings having them pop up everywhere. Some graves of primitive noteworthy mages even have remains of the dolls present, signifying their importance to these early spellcasters.

The evolution of the technology though hasn’t changed over millennia. Early on, people mastered the craft, leading to the only thing changing being the doll’s designs. Sturdier materials, better articulation, even introducing clockwork and Magitech fueling their locomotion. Within the last few decades, Poppets became more advanced than ever before.

The problem with researching their history is how overshadowed it has gotten. Improvements in construct making led to Poppets getting tossed aside, with any surviving writing only mentioning them in passing. Their most important aspects in history are in the cultural region, where they often form the basis of children's entertainment or religious beliefs.

Poppets get deployed for hundreds of tasks and duties, from more menial tasks to more serious situations. Amongst them, here are but a few things one can use Poppets for.

First and foremost, most Poppets exist to entertain. From toys to puppet shows and everything between, providing animated amusement for both young and old. Which is why you might find them working with street performers or as an upperclass child's gift.

Most help around with the more menial tasks of housekeeping. Cleaning, washing, getting groceries, or even cooking. For more complicated tasks, they act as assistants, providing the tools and ingredients needed. Everything to ease the labour during difficult work.

Some Poppets can provide therapeutic treatment by acting as a companion to discuss problems with. They are more talkative, adapting to the patient’s struggles. Some even help people overcome difficult moments in their life, such as death or traumatic events.

Sometimes Poppets can act as a security force working alongside regular guards. Thanks to their small size, they can report intruders before anyone notices, sounding alarms where needed. In large enough quantities, they can even be personal armies designed to fend off thieves through sheer numbers alone.

On a few occasions, Poppets make excellent spies. Most people do not assume them to be threats when gifted as a children’s toy, but that allows them to sneak in and gather information as they please. The only threat for them comes is when they can’t play dead properly, leading to them getting caught.

In some societies, Poppets might take on a more cultural or religious significance, often related to the dead or outsiders. They may act as vessels to spirits or other beings that cannot exist otherwise in our world, using them as a medium to communicate.

In other cultures, they might seal such entities within a Poppet’s figure. Living prisons that bind their targets so that someone might harness its power as they wish. Or provide a body to these forces so that they may interact with the material plane.

A Spark of Life

In a miniscule part of all Poppets made, some might develop sentience greater than their duties. They become aware of their existence and awaken to a greater understanding.

Awakened Poppets are an interesting phenomenon caused by many factors. Research into it led to hundreds of assumed causes, which include things like:

Once awakened, their bodies function like other living beings. It behaves like organic tissue, with wounds healing and them requiring sustenance to survive. Though their body's insides do not change, making them still made out of their original materials.

Any parts replaced after an awakening do not share the same benefits. They act more like prosthetics than functional limbs, lacking any feeling in them.

Such a spark of life is not permanent. Because of their materials breaking down or other circumstances, an awakened Poppet eventually dies, becoming lifeless once more. Nobody is sure if they can awaken a second time, making people assume their death is semi-permanent.

Life of their own

I swore that I would protect you with my life. I will live by that claim.
— Sir Pin XIV, toy soldier poppet

After awakening, Poppets still remember their former lives. Most inherit some of their characteristics from before, like a soldier might know their training or an action figure behaves heroic. In other cases, they might behave differently from their original purpose.

Any owners or masters they had, they will consider a friend or companion, with how strong their relationship is varying. Only a few ever awaken with hatred towards their masters, often caused by mistreatment, abandonment or other personal reasons. From there, most develop their relationships with the people around them like any other person would.

Few of them differ much from their life beforehand, doing their duties as usual. Though they can develop their own desires beyond their tasks, if not develop the skills for more complicated duties. With the right environment, they might even surpass their creators.

Others become curious about the greater world and explore, travelling abroad. Though their small size may make them easy prey, leading to them relying on others to journey across. 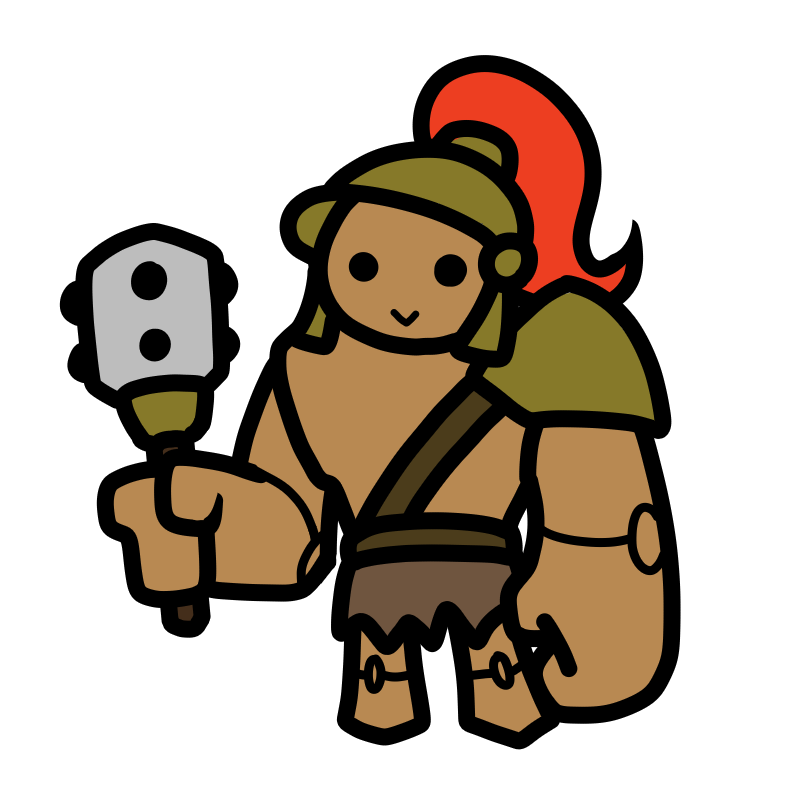 Poppets that gain sentience often wish to know more of the world or achieve something greater. Adventurers often come from those designed to be heroes or protectors, but all of them have that will to learn more. One might find Poppet explorers join adventurers to discover the greater world.

Such a cute little thing, and a lovely picture to!, great work! Is there any drawback to them gaining sentience? And how does society feel about sentient Poppets?

The biggest drawback is mostly disobedience, as they are more prone to independent thought rather than any programmed duty or tasks.   Sentient ones tend to be also so rare that they're more a surprise than anything. So when one does show up, it's often a massive surprise over something people would actually know.