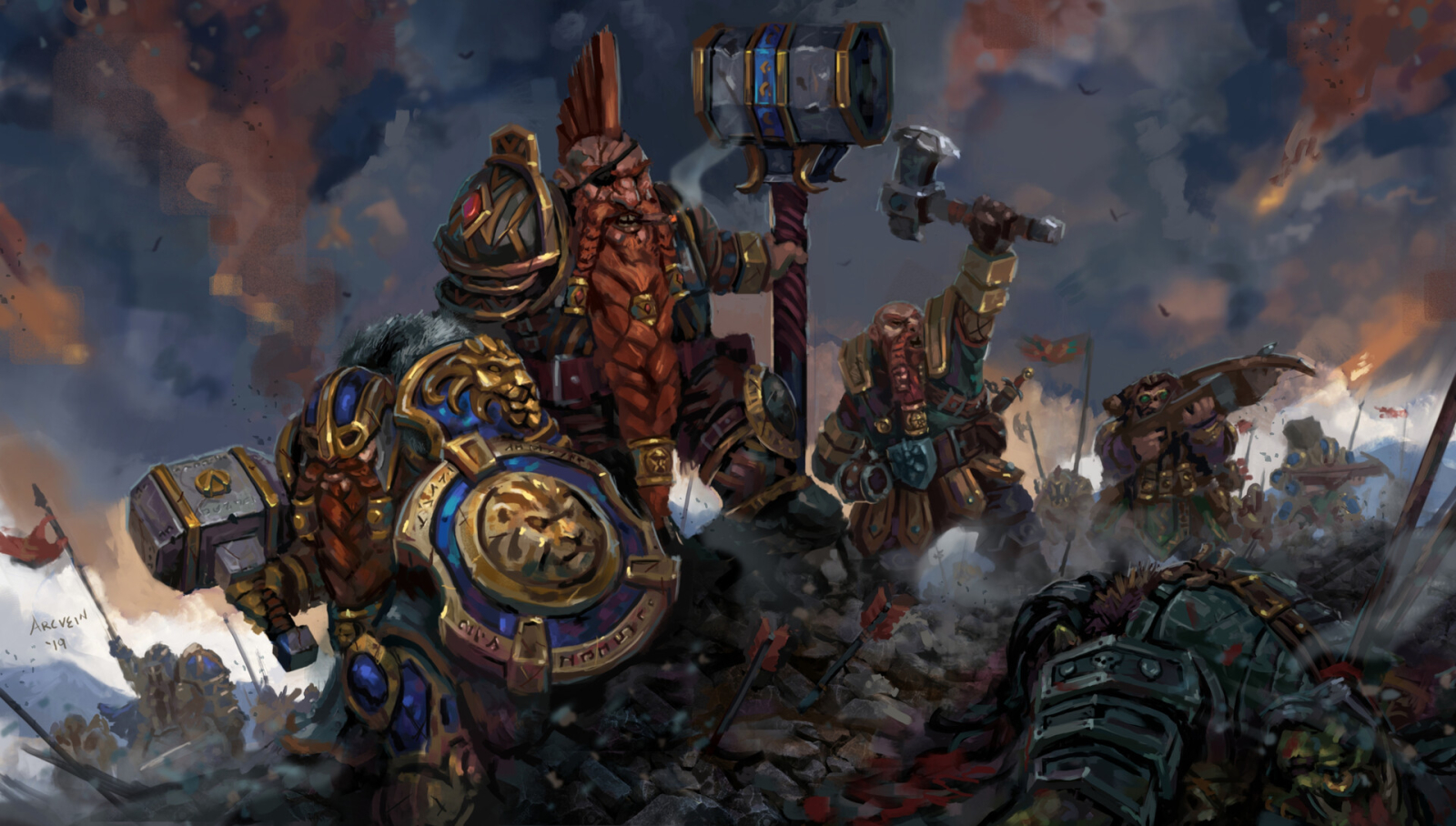 The Fall of Khazad-Gathol and the flight of the Dwarves

According to Dwarven legends, at the great Battle of the Hollow Mountain when it became clear that the Dwarves were losing, the High Magister Vul the Avenger (at that time known as Vul the Wise) called together all of the Dwarven magi to the Hall of Magic- to weave a great spell to shield the refugees fleeing the mountain.   All who knew how to cast it were killed by its effects, but the spell will be forever known in legend as The Mountain’s Revenge.   The refugees had left The Mountain and were a days march from the rear gate. Suddenly, the refugees heard a great thundering sound and saw the mountain they were fleeing split in half- with black smoke and ash lit by fire roaring into the sky. The blast shot laterally out from the mountain, destroying the huge camps of Orcs and Goblins that were attempting to besiege The Hollow Mountain. The refugees watched as it rained lava across the humaniods and sent rivers of the molten rock into their ranks. The hot ash cloud and molten debris flung into the air incinerated the Dragons flying overhead and brought their mighty forms low. The chaos caused by the eruption/explosion halted the advance of the forces of Tumo in their tracks, allowing the Dwarven and Elvish exiles a few precious days to regroup and prepare their final defense in the pass above Romenlonde.   As the wounded, elderly, children, and women made their way to Romenlonde and loaded up on the Elvish ships, King Durin VII Orcsbane led the remaining Dwarven warriors in a last stand to guard the pass down to the haven as long as possible. He was joined by Andune Tarthol, Warlord of Minyabar and those Elven warriors still able to carry weapons. They were last seen by the pickets watching the pass, fighting back to back- with their bodyguards dead at their feet, still holding back the wave of humanoids with sheer ferocity.   As the refugees sailed away from the shore, it was said that they could still see The Mountain smoking in anger at those who had driven off its people.