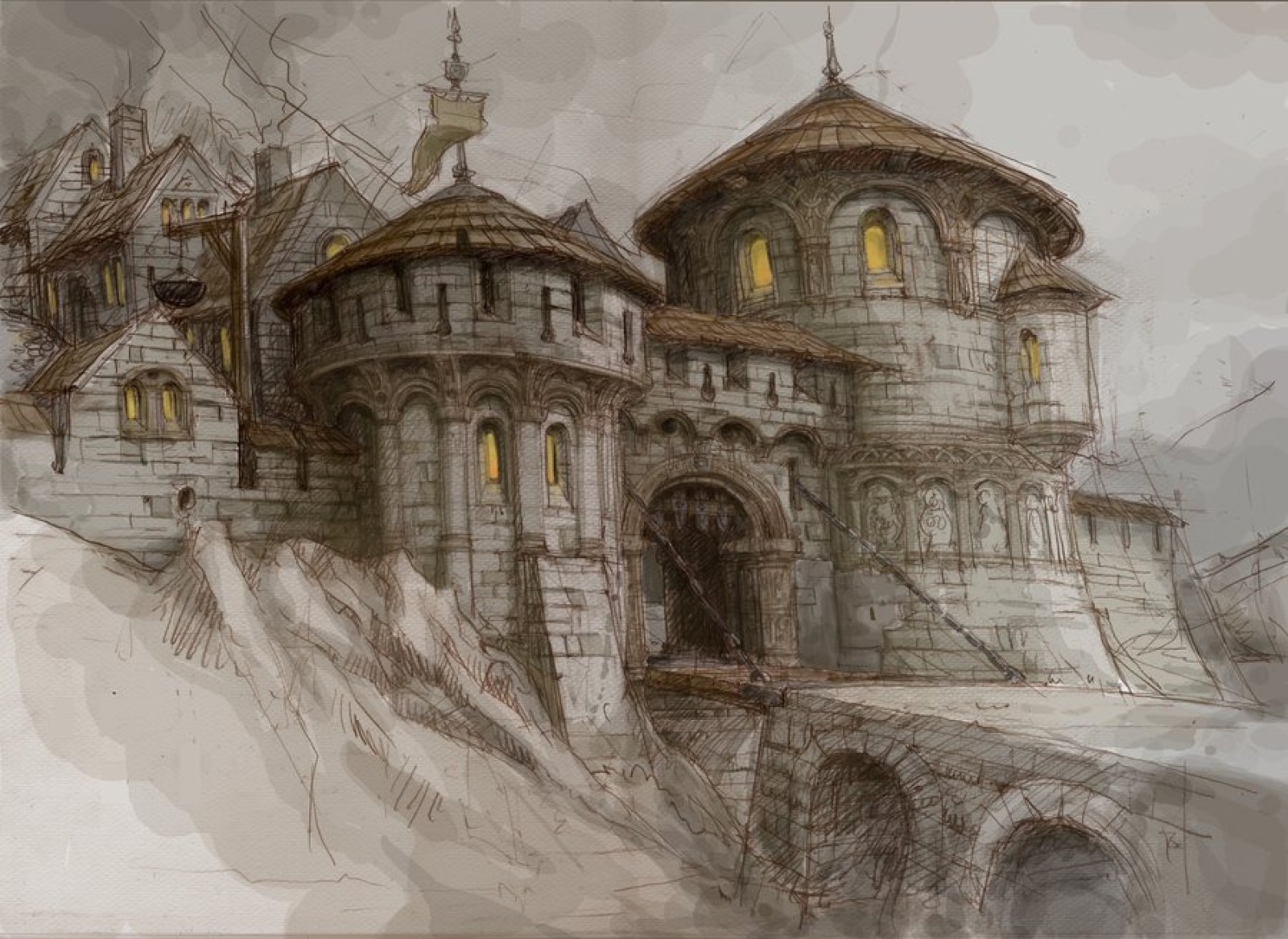 Clan Ironstone is one of the largest Dwarven clans in the Falaserek Mountains.   The Ironstones claim that they were founded by Kyrn Ironeye. During the flight from Khazad-Gathol, Kyrn was placed over a small group of exiles. In his youth he had attempted to abdicate in favor of a younger brother, expressing disinterest in leadership and preferring to spend time experimenting with smelting techniques. Now, as the sole leader left in a group of young exiles, he was Jarl by default and he felt unworthy of the title. In his desperation, he pleaded with Khuzduluzbad for the wisdom to lead.   She came to him in a dream and said that if he would give up his right eye, then she would grant him the vision needed to guide his people.   Upon waking, he gouged out his right eye and saw the first of many visions of things to come.   He guided his band to Tolpereth using the Lady's visions, and built the great Aettburg of Hammerfast after seeing visions of where to strike- leading his band to the largest iron vein they had ever seen.   He died at a great age with a beard of silver. He left a book of his prophecies, most of which have come to pass, but several of the vaguer and more symbolic appearing ones have yet to be matched to any events.

Clan Ironstone's histories began with the landing at Tolpereth (at least it appears to- the first few sheets of the great bronze book of the Ironstones has a rather large Dragon footprint in them which has erased some of the runes- and a couple of the pages appear to be melted together).

The whole clan is having a small population boom and may end up splitting soon. The nearby mine of Redhall becoming an Aett-burg in its own right.

The Sept of Dor-Nae has specialized in the same thing they have done since before The Fall: The creation of the highest quality metalwork.   When they landed, they bought the mountain Hammerfast lies within from the local Human tribes with a masterwork mace of the greatest workmanship.   When the Urbiot Empire colonized Tolpereth, the Provincial Governor held a Scepter that proclaimed his might. That Scepter was made by Ironstones.   Even now, the High King of Tolpereth’s Sword of Justice has the Maker's Mark of The Dor-Naes.

Fuedal Vassals of the High King of Tolpereth

Organization | Jan 18, 2020
The Clans of the Falaserek Mountains