Not all who die make it into the tower

Do you... ever think that people get stuck outside the tower? Like... iunno... the Tower didn't capture them properly. Do you think they're stuck out there?
— Overheard in a Blackridgepool tavern.

The topic of ghosts, spirits, and ethereal souls comes up often in conversations within pubs and taverns. When the topic turns morbid, after more than a few drinks, someone will inevitably bring the subject up. Are there people that never regain a physical form within Synthacrosia?


There! Right there! Didja see it? Please tell me you saw it! It was a face I saw, I swear by my mothers soul, a face was just floating there! It had dark red eyes, 'n blood coming from its mouth, 'n it had long teeth, and...
— Conversation between two explorers on the Desert of the Third Floor

The subject of Ghosts within Synthacrosia can be traced back to nearly the beginning of the Tower's operation. As long as people have arrived within the tower, they've wondered what happens to those that don't.   Scholars who have chosen to research the myth of Ghosts have found no definitive evidence that they exist. There have been no clear sightings, and no measurable effects; the only evidence in favour of Ghosts existing are shaky, first hand accounts of scary things in the dark.   That's not to say that there's been zero evidence found, however. There have been unexplained occurrences -- regions of cold in an otherwise warm area, fog with seemingly no source, and constant, measurable gusts of wind in enclosed areas. Researches have so far attributed these occurrences to quirks of the towers construction.

Haunting of the Third Floor

Ya know how it gets really dark out on the desert during night? Like... more dark than usual. Darker than normal night autta be, at least compared to home that is. During this unnatural darkness, have you ever seen glowing spots of light out in the desert?   Never ever go towards those lights. Cause that be where they are. Story has it that they make these glowin, floatin lights out in the desert. They make em look real attractive. They want you to come closer, y'know! Those are the glowin lights of ghosts.   What they really want is a physical form. It aint nice, outside the tower. Loootta stuff out there. So when they finally sneak into the tower, they wanna stay. Thing is, they need a physical form for that... but where they gonna get one of those? Why, from the idiots they lure in with the lights.
— Jacob , telling a tale in the Weirboran tavern. 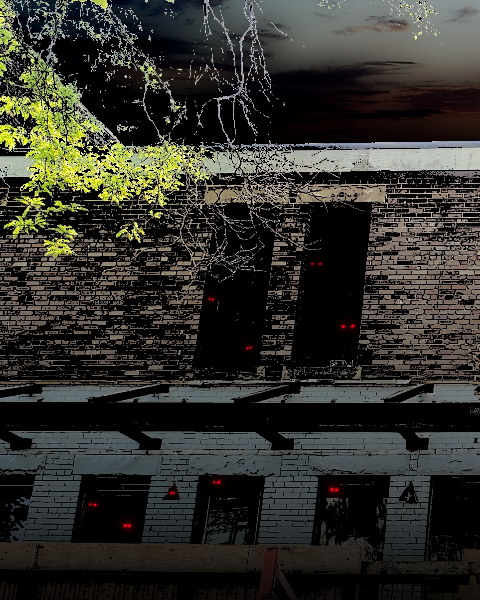 As with all myths, there exists a small nugget of truth hidden within. Not every soul does make it into Synthacrosia; when the Tower first began its operation, they did. But once Locorin disappeared, and the machinery of the tower started to fail, the rate of souls entering Synthacrosia slowed.   As for where the non-captured souls go, it's currently unknown. It's theorized that the soul remains outside the tower, eventually being reduced to dust, to form more Soulglass.

These occurrences also have a small bit of truth behind them. Unbeknownst to most residents of the tower, Yamaraj has been slowly exerting her influence over the machinery, attempting to break her way into the tower. The dark god, having been cast out once before, wants nothing more than to break in and take control over the entirety of Purgatory.

Another possible source for all of the rumors pertaining to ghosts, particularly the ones regarding the Third Floor. Hollows is a wandering tribe of souls that make the desert of the Third Floor their home. They are illusive, and never stay in the same place for long.   While they do everything they can to avoid discovery by the rest of the souls within Synthacrosia, occasional glimpses of them may still be had; be it a sighting of a member of Hollows, or the glow of one of their cook fires. Some of the rumors may even have been started by members of Hollows, by surreptitiously dropping notes or stories in well traveled areas, regarding ghosts and the lights in the desert they cause.
Summer Camp 2019

Header image by Jack Cain, via Unsplash   All other images created by Stormbril.