"We know little about what drove them to build shafts to begin with. Their contemporaries are lost to the ages. Perhaps the dwarven urge to dig earth and stone was even stronger for them. What ended them is also unknown, save that it happened suddenly, across their whole empire."
— Kareem Al-Fahad, Archeologist

The Shaftbuilders were a culture of dwarves that spread out across the known world between 7000 and 6000 years ago. Named for the enormous shaft-cities they dug deep into the earth, the Shaftbuilders spread across the northern continent and even into Kraken's Domain.

An entirely underground society, the Shaftbuilders lived in enormous shafts dug down a kilometer or more into the earth. Making their homes in the walls of these shafts, they lived off the produce of the deep caverns. Using green stone to grow food where none would grow, and using whatever metals they found while digging for the lifeblood of their civilization, Shaftbuilder ruins are immediately recognizable.

The origins of the Shaftbuilders are shrouded in mystery. The Thaner claim that they came out of Mount Aktar and built the first shaft there, but while shafts have been found in the Children of Aktar, it is doubtful they are the earliest ones. Indeed, the location of the first shaft is still a mystery, and the records left by the Shaftbuilders themselves grow ever sparser the further back one looks. How the Shaftbuilders first came upon green stone and the art of imprinting is likewise unknown.

What is known is that the Shaftbuilders ranged far and wide. Shafts have been found in Kilth, in the Children of Aktar, west in the lands of the Hak, east in Voranth, and even in Kraken's Domain. They did not sail the seas however, and the Shaftbuilders' own records state that expeditions to found new shafts were done along existing shaftways or by traveling aboveground. This wealth of sites, numbering perhaps in the hundreds, has provided many imprinted artifacts for the explorers of today to marvel at. However, it has also meant that the Shaft Abominations that inexplicably roam the lost people's ruins could always be lurking somewhere quite close to civilization.

Timeline of The Shaftbuilders and their Fall

The Shaftbuilders are believed to have been active between 7200 and 6000 years ago. Their fall is quite precisely dated, for many known shafts go dead during an apparently simultaneous 10 year period. However, estimates for the founding of the first shaft range by as much as 500 years, and even less is known about the "proto-Shaftbuilders" that might have lived before the discovery of imprinting which made the shafts possible.

The Shaftbuilders own timekeeping practices have made precise dating difficult, as each shaft kept its own calender counting from its own founding, and the Shaftbuilders kept time in cycles that had little to do with the movements of the sun. Thus, a full accounting of the Shaftbuilders' history is a true puzzle, requiring texts from multiple shafts and intact records of when and from where each shaft-founding expedition was launched. Despite this, archeologists are quite confident that a great number of shafts were abruptly abandoned roughly 6000 years ago, and no Shaftbuilder activity appears in the records after that.

"The dwarves of old scorned the light of day."

The search for green stone for the purpose of imprinting was at the heart of Shaftbuilder culture. A magical society unlike anything seen since, most Shaftbuilder dwarves were reliant on the works of their prospector to live. Most of the Shaftbuilders were not cut out to be prospectors, but anyone could in theory become one. The education system of each shaft was designed to teach each dwarf to at least use imprinted stone, and determine who was talented enough to be taught imprinting. Nevertheless, the prospectors were not a ruling class, and most shafts appear to have been led by an Imperial Dreamer.

The Imperial Dreamers were those who led new expeditions to find new sites to build shafts, as well as their descendants. Though the initial selection basis for Imperial Dreamers appears to have varied from simply being selected by an existing Imperial Dreamer, being voted on by either the prospectors or the administrators of an expedition, or even some other method, once a new shaft was established the position appears to have been hereditary. Though apparently conceived as a sort of local functionary of a continent-spanning Shaftbuilder empire, these lords appear to have rarely had much contact with the outside, and researchers today believe the empire was more an idea than any kind of political reality.

The Shaftbuilders lived almost their entire lives underground, making only limited forays into the aboveground surroundings of their shaft. Indeed, the sun is usually referred to as a hostile entity in Shaftbuilder texts. They likewise distrusted those peoples who lived aboveground, and only had sporadic trading relations with other cultures of their age. Though producing an abundance of writing and art in many forms, they Shaftbuilders were insular to the point of barely keeping contact with their mother shaft. 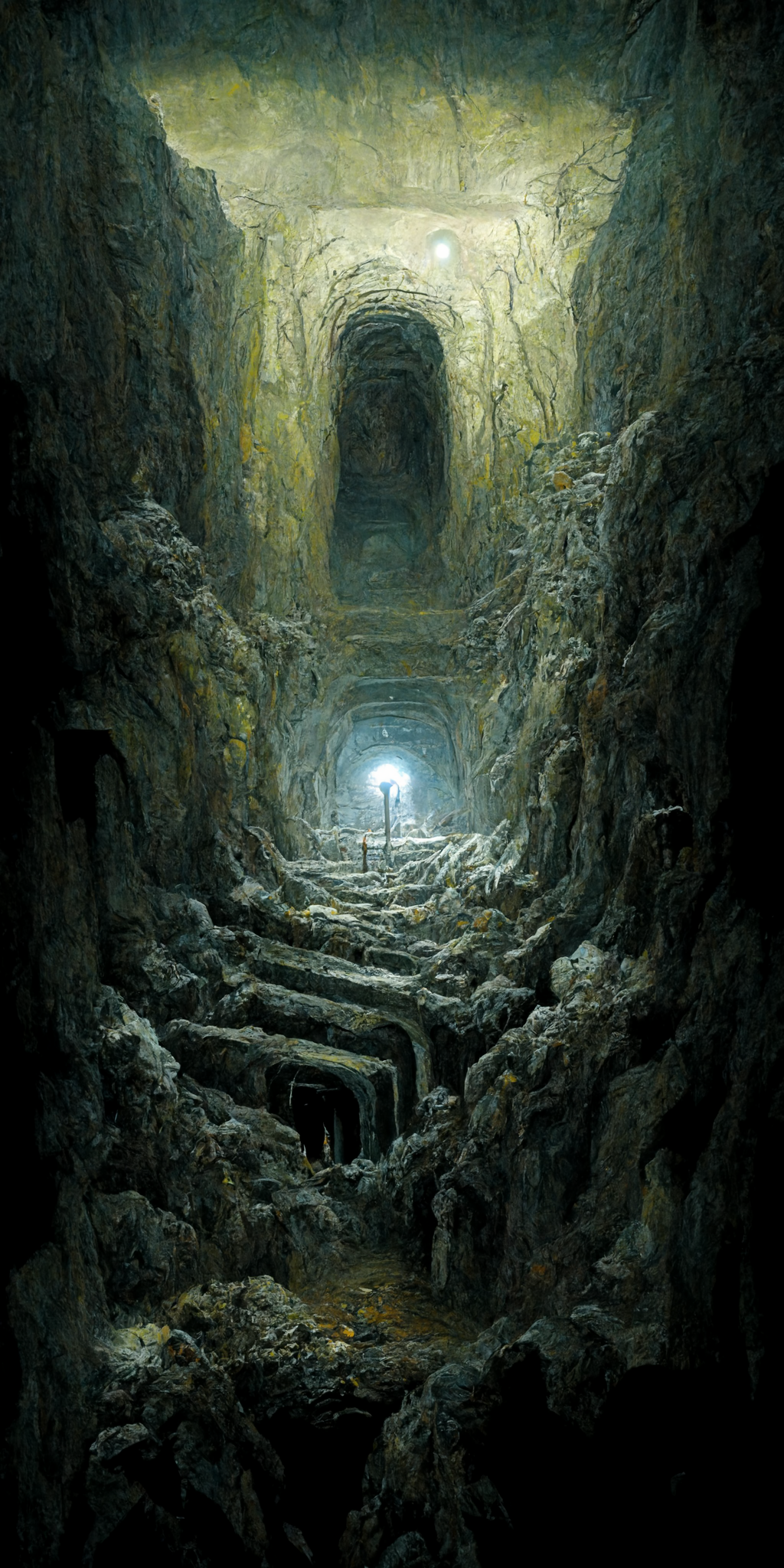 Shafts are lost to history, and Shaftbuilder civilization remains hidden for millennia.

This was a good article!, Well done!