A jungle on a vast equatorial isthmus, Kraken's Domain cuts off the southern half of the great worldspanning continent. Claimed by none and avoided by all, Kraken's Domain is so named for the monstrosities known to inhabit it. Though initially appearing to be a jungle of the sort one may find north of the river Adawa, the wildlife of Kraken's Domain is monstrous and contrary to nature.   The nations and tribes bordering Kraken's Domain universally have prohibitions and taboos against entering the cursed jungle, and most maintain watch on the border of the jungle. Thankfully, incursions of the horrors of Kraken's Domain northward are rare.   Recently, shaftbuilder archeologists have determined the locations of multiple shafts in Kraken's Domain. 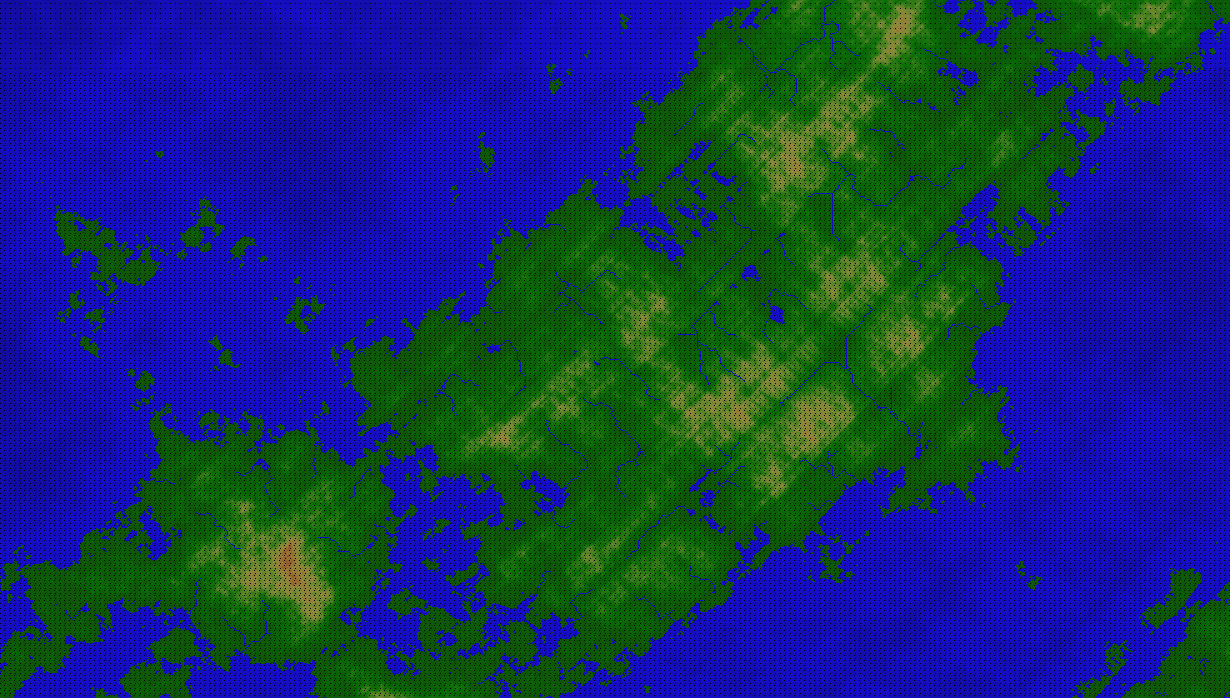 by Made by me.
The geography is Kraken's Domain is largely unknown, though the coastlines have been mapped to some limited degree. A mountain range from the north extends into the isthmus, dividing the region along the northeast-southwest line.

The ecosystem of Kraken's Domain is unlike any other place due to proliferation of monsters. Though the plantlife is relatively normal and even lush, most regular jungle beasts have been driven from the region. Many of the monsters that now populate the jungle are not driven by the instincts and needs of regular animals, and though they many consume any living thing they see, many of them do not strictly need to. It is also rumored that strange fish-people live in the region, and occasionally come forth in great bands to harry the peoples of the bordering regions.
Type
Jungle