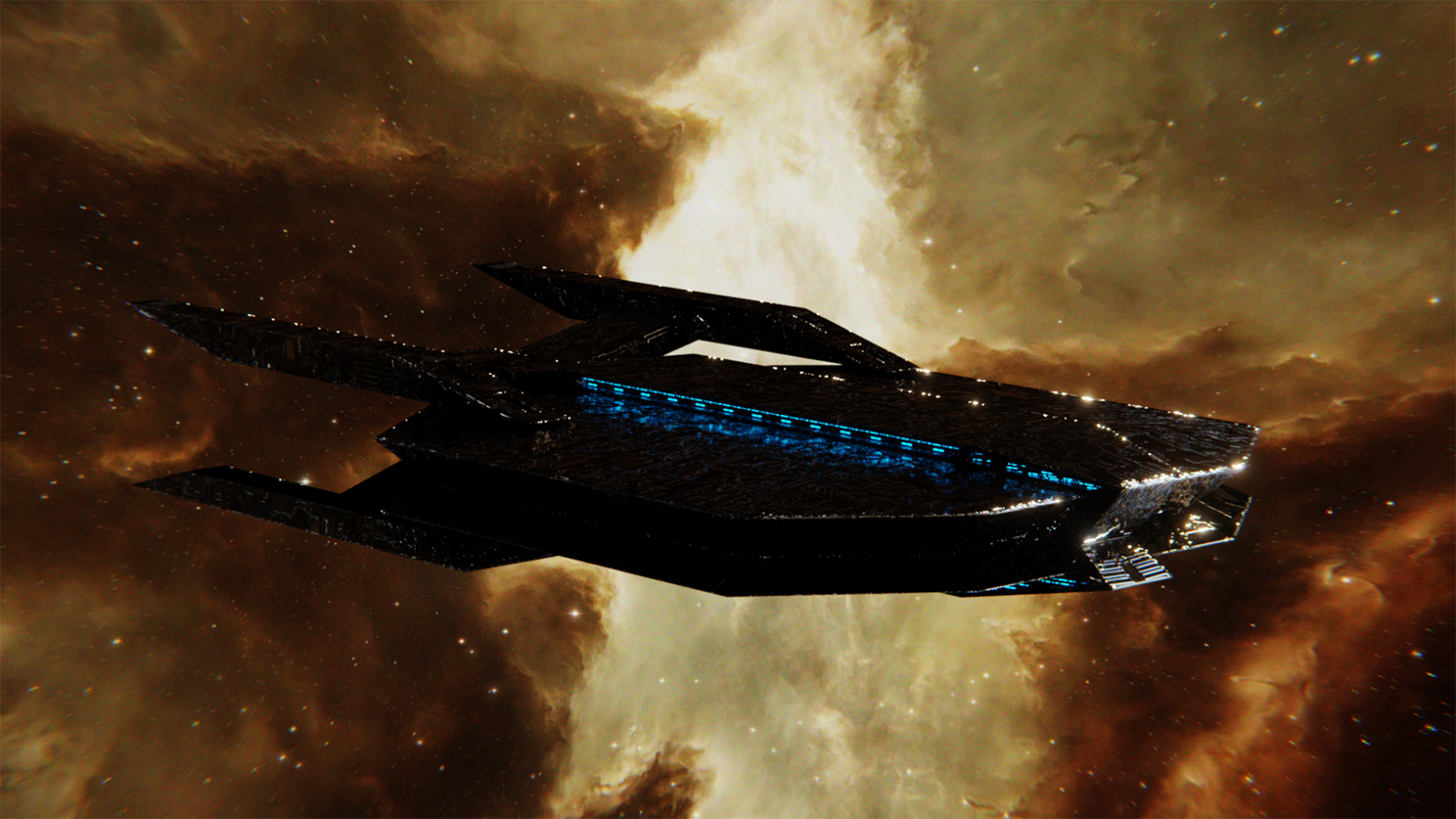 The Udini-Class Stealth Cruiser is a vessel in use by Yutiki auxiliaries of the Otrok Imperium. One of the few ways the Yutiki see active combat, the vessel is a multi-purpose stealth vessel designed for interdiction and scouting. It is also possibly the closest the Yutiki have to a standardized vessel, as mandated by their Otrok overlords.   As a Yutiki vessel, it's interior is highly modular, and navigating the vessel is a series of tiny tunnels well suited for the diminutive race. This makes the vessel attractive for Yutiki smugglers as Otrok authorities are too large to inspect the vessel, instead relying on their Yutiki minions to search for them.   The Yutiki Technocracy also has a handful of similar vessels.

Unlike most of the Imperium's vessels, the Udini's primary power source is a Tetryon (Holzmaan) Siphon. This is in part due to the integrated nature with other Holzmaan Effect related features as well as being somewhat stealthier of a power source than the traditional hyperium fusion engine, as the Syphon is also used to channel waste heat into Hyperspace to prevent detection.   It operates by drawing subatomic particles from four-dimensional space. Since these particles are a property of subspace, they become highly energetic and unstable when they are extruded into normal space, which the vessel  utilizes for power. The technology is still relatively new, and isn't fit for mass production for the wider Otrok fleet.   The vessel still has a quartet of Gen-II Hyperium  Fusion drives as backup for both energy and propulsion.

The Udini makes use of harvested Evergrowth Holzmaan Organs, which are coiled in the large nacel sections on the rear of the vessel. This is in essence a crude version of the Holzmaan engine used by the Akhaale, that is, the vessel bends space to reach high sub-luminal speeds instead of true propulsion. The nacels can be ejected and detonated should containment of the Evergrowth biomass be lost.   Unlike the Oracle system, these 'warp nacels' have plenty of usable samples harvested from Evergrowth bioforms. They are however, still too few to properly equip the fleet at large. They also require a fair bit of monitoring for safety, as they are utilizing live Evergrowth biomass which would like nothing more than to take over the rest of the vessel.   The vessel does sport a quartet of Hyperium Fusion Drive units as backup propulsion, as well as limited gravitational thrusters for backup maneuvering.

The Udini, like most Yutiki vessels, is highly customizable and a reflection of the impulsive nature of Yutiki engineers. While during the war with the Evergrowth the Neutron Laser became a common weapon, most modern vessels are equipped with more stealth friendly railguns and missiles. Vessels meant for frontline stealth support however typically sport a pair of Tetryon Strips.