The Akhaale are a blue skinned humanoid species who achieved faster than light travel thousands of years ago. Though their once great empire has collapsed, pockets of survivors dot the universe, and a great crusade has begun for them to rule the stars once again.

The Akhaale are a species of blue, smooth-skinned humanoids with white, blue, or gold eyes. They resemble a traditional 'humanoid' in that they have 2 arms, 2 legs, 2 eyes, 2 ears, and a flat nose. They stand upright and can manipulate tools with their 5 fingers with 1 thumb. While giving the appearance of hairlessness, the Akhaale ritually rid themselves of all hair, believing it to be a sign of barbarism.

Akhaale are most at home on terrestrial earth-like planets, their homeworld being somewhat colder and wetter. That said, the Akhaale of the Akhaale Reclaimers are unused to terrestrial life, having lived millenia on sterile artificial environments.

Over ten thousand years ago, the Akhaale, with the blessing of their god, Hadar, spread across the stars occupying a large portion of the galaxy. Though they had conflicts with long-forgotten rivals, the Akhaale founded a powerful empire.   What befell the First Empire however was not an external threat, but rather, within. A feud over power resulted in a great civil war. Though the details of the time have been obscured by legend and scripture, the end result was clear, the destruction of their homeworld, and the death of their god.   After the dreadful battle, the colonies were abandoned, either withdrawn home or left to fend for themselves. The Akhaale performed a sort of exile from the galaxy of large, sealing themselves off in great ark ships about their home system, bound to witness the cost of their hubris for all eternity.   Or so the Elders thought. One day, outside forces attacked their great arks, thinking them salvage for the taking. In their prime, the Akhaale would have easily destroyed them, but due to millenia of atrophy and a great loss of knowledge many of their arks were crippled or destroyed, with billions of Akhaale helpless to stop it.   Following the battle, the Elders were found to be incapable of rebuilding Akhaale society. A rebellious group lead by Zhana Esthavahn zet Nethaar overthrew them and had them publicly executed.   Too long had the once great Akhaale people cowered in their system for the sins of the past. Instead the great engines of the children of Hadar roared to life, as they set out upon the stars once more. 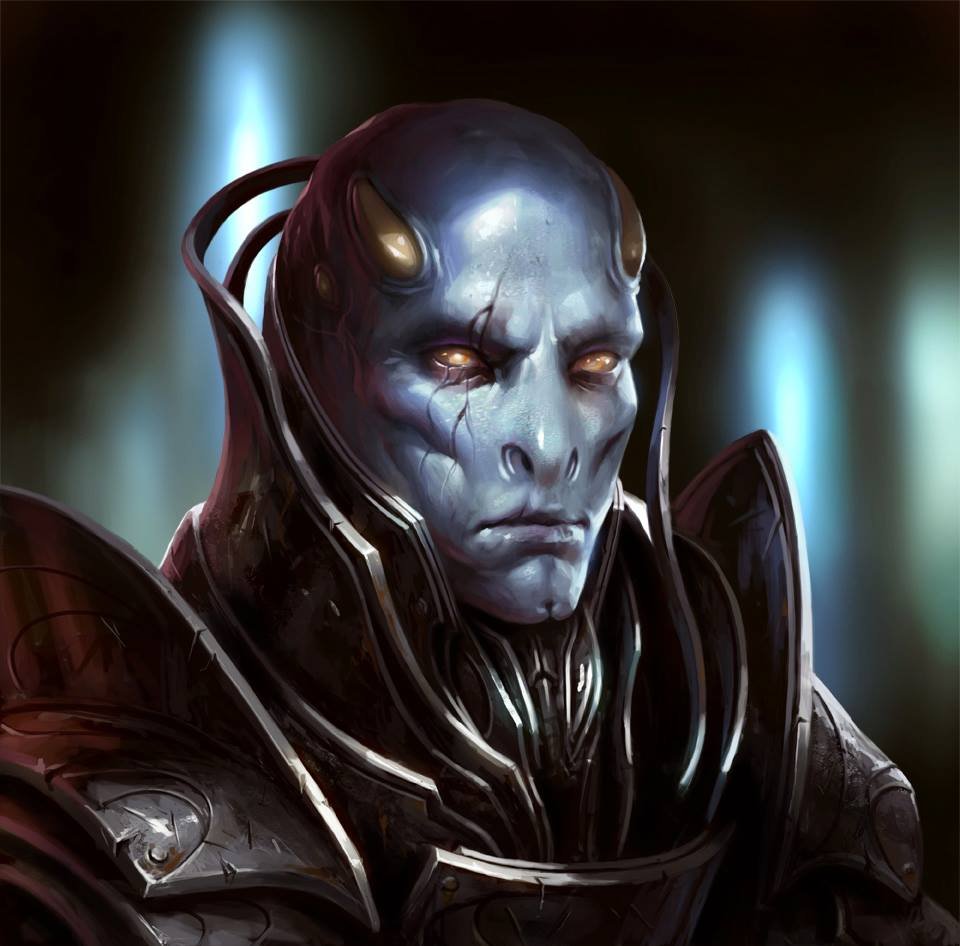