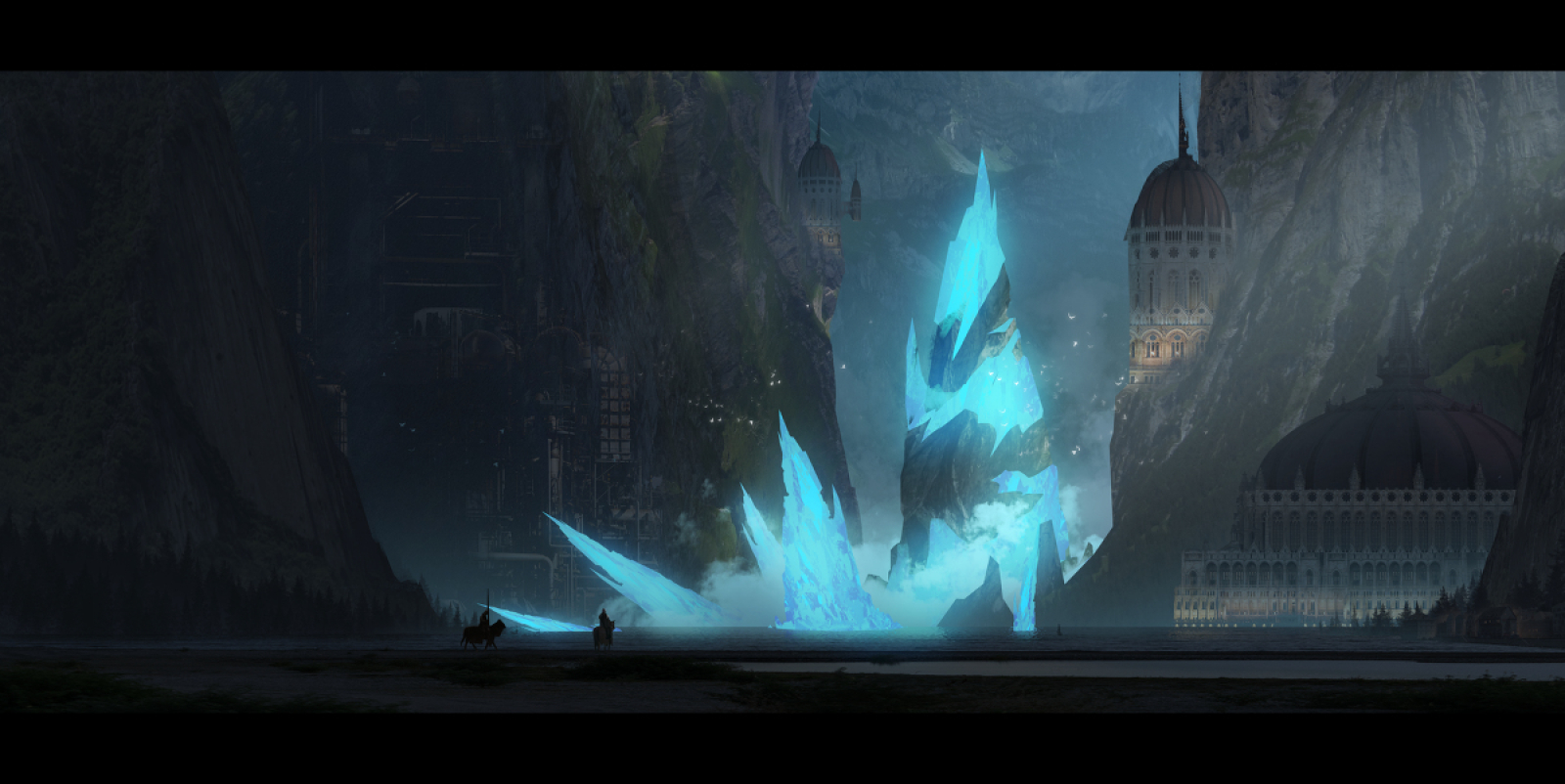 "I suggest you invest what little you have left on a Light Elf motor company. I hear they're making a boom recently, and I want you to get rich again fast so I can come back and take it away!"

An adventurous young woman that leads a crew of adventurers known as the Sailbridge Pirates. Known as one of the pirate queens thanks to her network of connections and allies, Marina primarily sails the waters around Areon to rob the rich and find hidden treasures. Marina treats her crewmates like her own friends, and they return the sentiment with a true sense of loyalty. Together, the pirates set out to find ways to get rich and satisfy their wanderlust.   She is, in truth, the daughter of the president of Benito, who ran away from home to avoid a lifestyle she would hate. Though Marina tries to keep this under wraps, the truth tends to slip out now and then. Because of the high bounty on her head being offered to anyone that finds her, she likes to wait until the reward reaches an exponentially high amount, getting someone from her crew to turn herself in and then breaking out with ease with the help of her friends and a few magic tricks.

Nimble, quick, and has enough stamina to keep an adventure going all day.

Marina is oddly fond of using fire and water magic together.

Marina often dresses lightly, to put it one way. She'll often be found wearing some sort of bustier or tube/tank top under a red jacket. A buckle choker can be seen around her neck and a tricorne hat rests on her head, decorated with a skull and crossbones emblem on one side and a large red feather on top. Her skirt is black with a white ruffle at the bottom, held up by a white belt. Another belt wraps around her waist, but it doesn't really serve any purpose outside of her own fashion sense. Her gauntlets are made of leather, lightly armored at the back of the hand by a metal plate and all together tightened by no less than three belts each.   She...really seems to like belts, huh?

Was formally educated at multiple high-class academies before she ran away at age nineteen.

An eternal rebel at heart, Marina believes that one should reach out for what they want regardless of what's in the way. However, despite her gung-ho philosophy, she believes that moral limits of some sort are required to keep yourself in check. While she will gladly rob people blind (leaving a small amount of cash for food and a way home), she refuses to mess with those that are already struggling to maintain their lifestyle or life in general. Should people under harsh circumstances be found, they must be helped at all costs.   Unlike most other pirates, Marina tries to avoid murder or excessive pillaging too. A fight isn't something she would avoid, but mortally wounding people is never an option for her. It is for this reason that she and her crewmates are known as pirates in name only, as despite committing thievery on a regular basis, she refuses to dive deeper into any sort of criminal underworld. This has led to most of her adversaries calling her out as though she treats her pirate adventures like a childish game.

Murder and stealing from the weak are completely off-limits to Marina, so she often shares her spoils with other people that need it more than her crew does.

To sail the ocean and explore the world, gathering whatever riches and treasures she may come across.

Very skilled at sleight of hand.

Likes: Treasure, gold, her beauty, belts, teasing people, the ocean, sea stars, cooking   Dislikes: Her father, Nadia Alabaster, "That one wolf from the Swallow's Tower ship," learning Orcish, cheaters ("It's fine when pirates do it!")

Marina is very easy-going and is willing to reach out to people in need, going as far as to share her treasury with people she barely knows.

She's rather immature, a bit selfish, and has little sense of responsibility unless it involves the well-being of her crew. She's quick to resort to childish, sometimes nonsensical insults when frustrated.

Her father is the president of Benito. They apparently don't get along very well, but her father always longs for her return.

Charming and a bit of a flirty tease, Marina acts very extroverted and treats those around her with a sense of casual respect. She feels that treating people this way is a fun method to get them to ease up quickly and as a result displays this behavior to almost everyone regardless of social standing.

Marina likes to speak in a playful, coy manner, especially when teasing others.

Marina and Nadia encountered each other so many times over the course of their journies that they became friendly enemies. They enjoy fighting each other and occasionally spend time just hanging out.

Marina has amassed mountains of money and treasure, but how much she has on hand depends on the moment since she tends to spend it or sell it. There are times when they won't even have enough money to repair or buy a new ship! 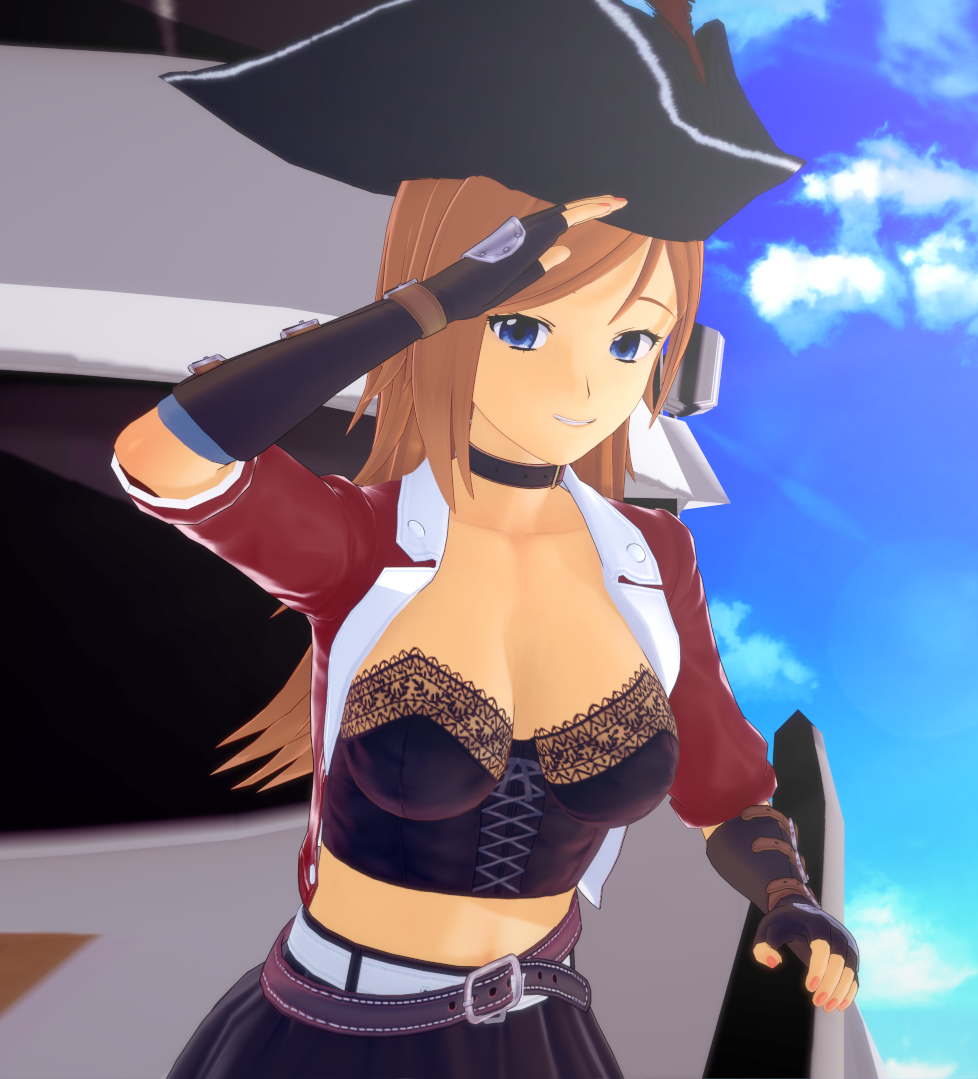