Meaning of the Name

Pelorma is derived from two Foyiitùn words: pelorsz (to lose) and orma (light). Therefore her name translates as lost light.

Pelorma is slim (a result of not exactly having much to eat), but still elegantly-shapely girl, however she has kept herself fit through her work at the Inn. She has been known to slip into guard training facilities to hone her dagger skills, meaning while she is slight, she is also deceptively strong.

Show spoiler
While not at all inferred in Book 1, there are reasons for her background, and eye colours, being as they are. She has the ability to discern (moral and/or spiritual) light in beings and in the world around her. This allows her, on the otherside, therefore, to discover where darkness is.

None, save a simple ring in one of her eyebrows.

She carries a dagger that she has always owned, though no one knows its origins. Its hilt is oak, yet the metal edges and rings around the hilt appear to be of solid silver. The sheath is ornately decorated leather, reinforced with steel. What the blade is actually made of, she does not yet know, nor does she have a desire to know. It is simple in its shape, but is near-white during the day and appears to "reflect darkness" - so the blade dims as night approaches.

She is currently employed as a barmaid in Lenìc's inn in Bezélan Minor.

She has survived and maintained her purity. Furthermore, she has prevented those who wished to do ill to her from doing so. Sometimes this was achieved through words, and other times through force, though in no cases did she understand how she had. This is the sole achievement she credits herself with.

Unlike other serving staff at other inns and bars, Pelorma always dressed fairly modestly. While this did not reduce unwanted attention from sober or drunk patrons, she believed in showing off her body only to someone she could commit to. If she never found anyone, she reasoned, then no one should see.   That said, one of her skirts did show her legs, but not being a seamstress (and not being able to afford one) she had little choice as it had been torn over the years. When she had to wear this skirt, she wore "short trousers" underneath to protect her dignity. Much to the dismay of the aforementioned "unwanted attention".

Despite being untrusting of people in general, once someone was trusted, she almost always saw the best in them. Sometimes this led to her refusing to acknowledge that person could have performed a dirty, evil or otherwise negative act.

While Pelorma worked in a dirty part of the grubbiest quarter of Bezélan Minor, she had self-respect for the most part. Her main challenge was getting washed where she would attract little attention. This usually meant taking warm water to a vacated room in the Inn and carefully and quietly washing, while her boss, Lenìc, stood guard outside the room. It should be said that Lenìc never abused his position. He protected her as he would a daughter, and aggressively so if necessary (which it was sometimes). Thus her boss helped her maintain her dignity - and her innocence - in Bezélan Minor, where little of either existed.

Due to her background, speaking with her eyes cast down was her usual way, unless someone showed her sufficient honour or respect as a living being. The right people could draw her out, though, and she could be playful, both in her language and sly sideways glances. This was irrespective of whether she was attracted to a person or not, which had caused confusion for many drinkers at the inn, but was never intended to mislead.

She spoke with a gentle, smooth tone for most of the time, though was prone to sudden fits of laughter when in stressful situations.

She rarely actually insulted people. As one of many downtrodden in Bezélan Minor, she did not want to "kick people while on the floor". However, if she was in "safe" company, she would use minor insults as compliments. "Silly man", "crafty kid" and the like. Unlike the above playful gestures, the "insult to compliment" may well be used with people she was attracted to. But she never saw herself as worthy of that kind of attention, so her aim was not to induce attraction to her. It just simply, subconsciously came out in this way.

Despite the Foyiitùn Language Ban, she did periodically slip into Foyiitùn, which was almost always hastily retracted.

An orphan girl, working as a barmaid in Bezélan Minor and often sleeping at a Guard Tower, Pelorma had no personal wealth. She had two changes of clothing, one she wore and the other which was washed by Lenìc, her boss, when he laundered the inn's bedding. Her only possession was a dagger, which she kept on her person at all times - even when working - for self-protection. 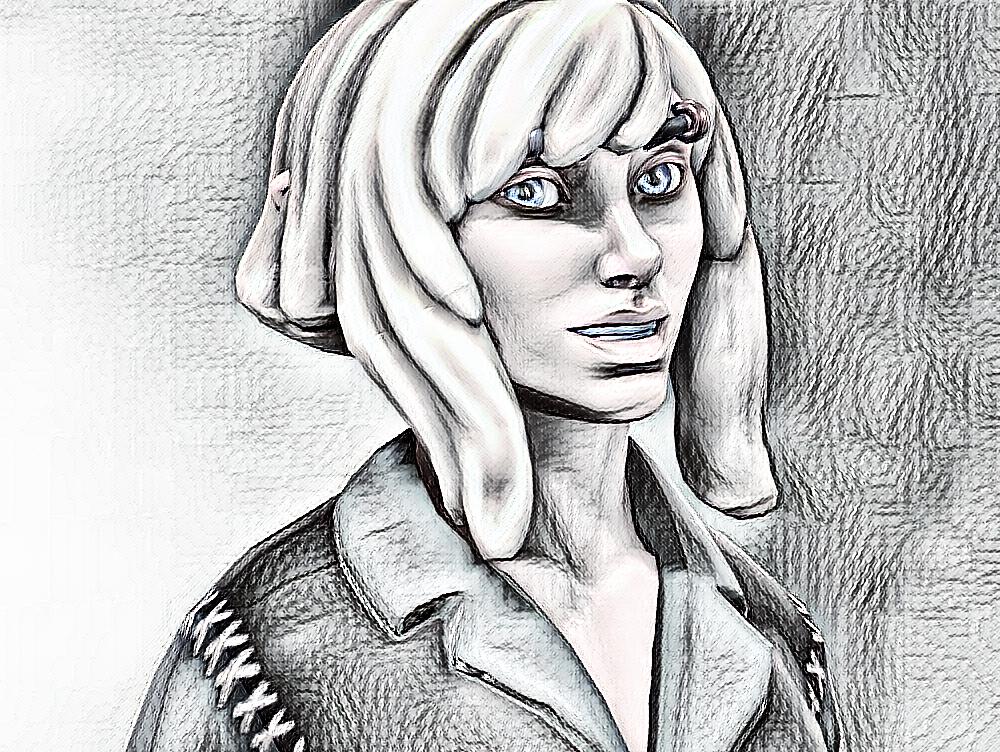 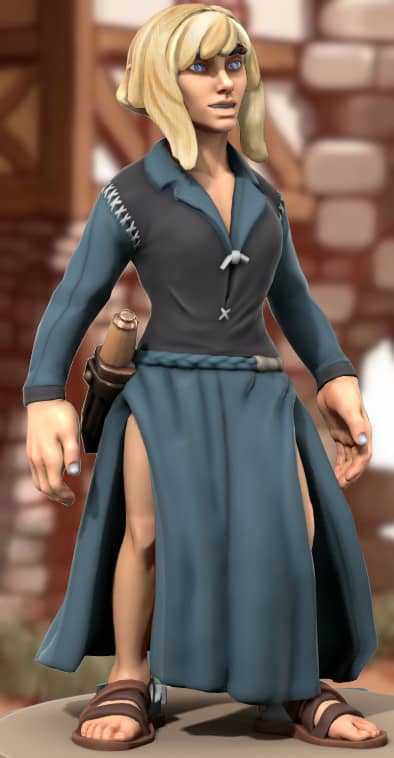