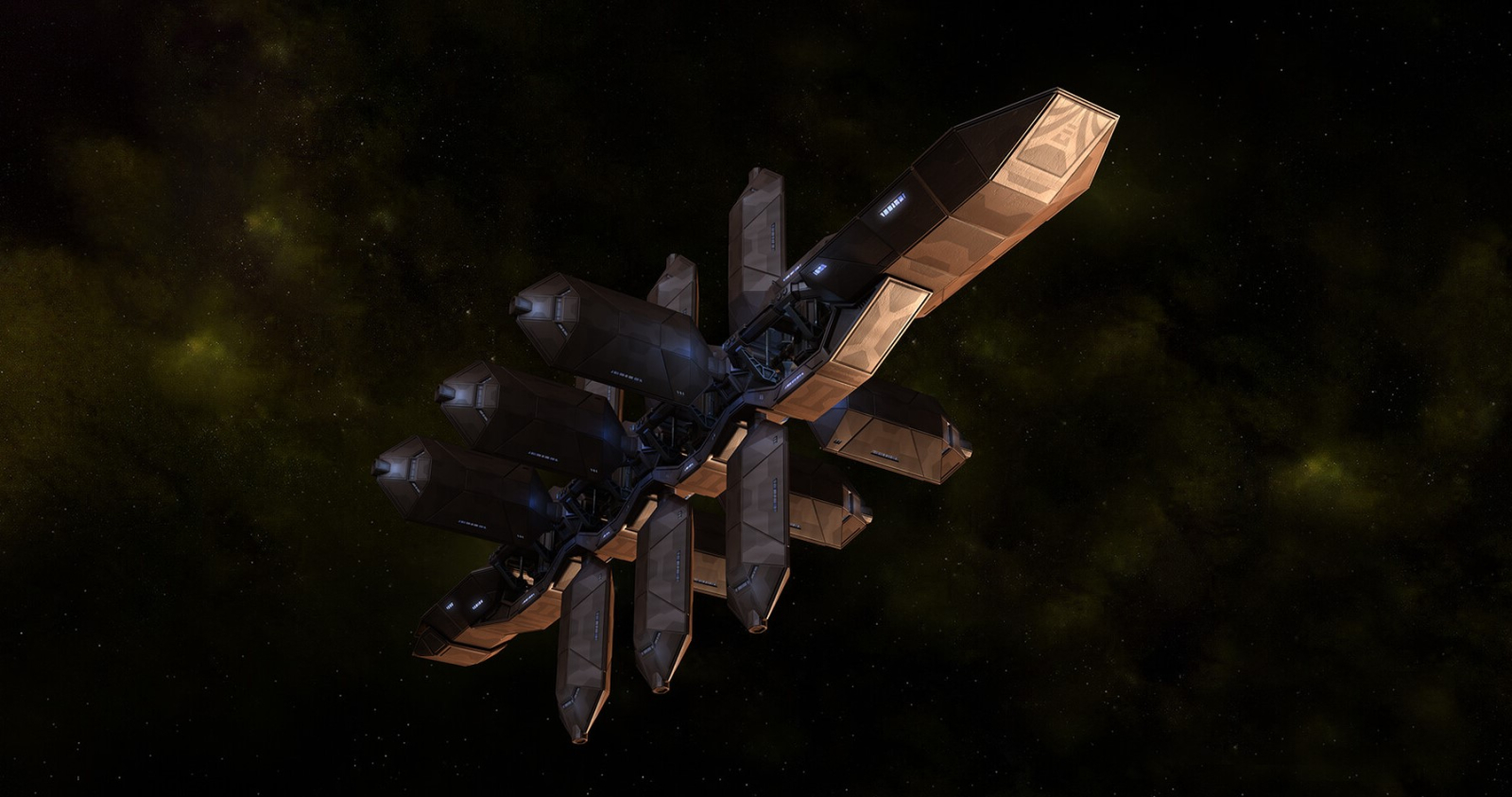 Four vacuum sealed vessels twice as large and 16 times as heavy as any previous fusion reactor and consisting of a double-walled steel container in which the plasma is contained by means of magnetic fields.

Stacks of piezoelectric crystals expand and contract causing vibrations in one direction, which inturn causes an acceleration that taps into a gravitational potential energy.   As it gains energy, the crystals gain and lose mass which shifts the ship's center of mass forward. Repeated cycles creates a slight forward momentum.

External armor on the freight's hull to allow for greater resistance against space debris and sabotage.

Triremes' do not have the most sophisticated laser link system possible. In spite of its reactors' energy producing capacity, its default communication devices cannot project stellasers through interstellar distances, even with the aid of the pipeline. Bartholomew had a somewhat justified paranoia that delphi operatives would attempt to hack him and his systems if he installed more sophisticated communication technologies.

Several instruments study the colours of the electromagnetic spectrum to determine the composition, physical structure and electronic structure of matter at astronomical distances.

Excess heat is removed by efficient liquid heat-exchangers and radiators to reject that heat into space.

Bartholomew installed a single crystalline cube, with over 2.5 petabytes capacity, for himself and from where he can operate the ship's systems.

Competition Homepage
In response to the prompt Write about a ship (or a spaceship) that is used for leisure purposes. How does owning one change how someone is perceived?