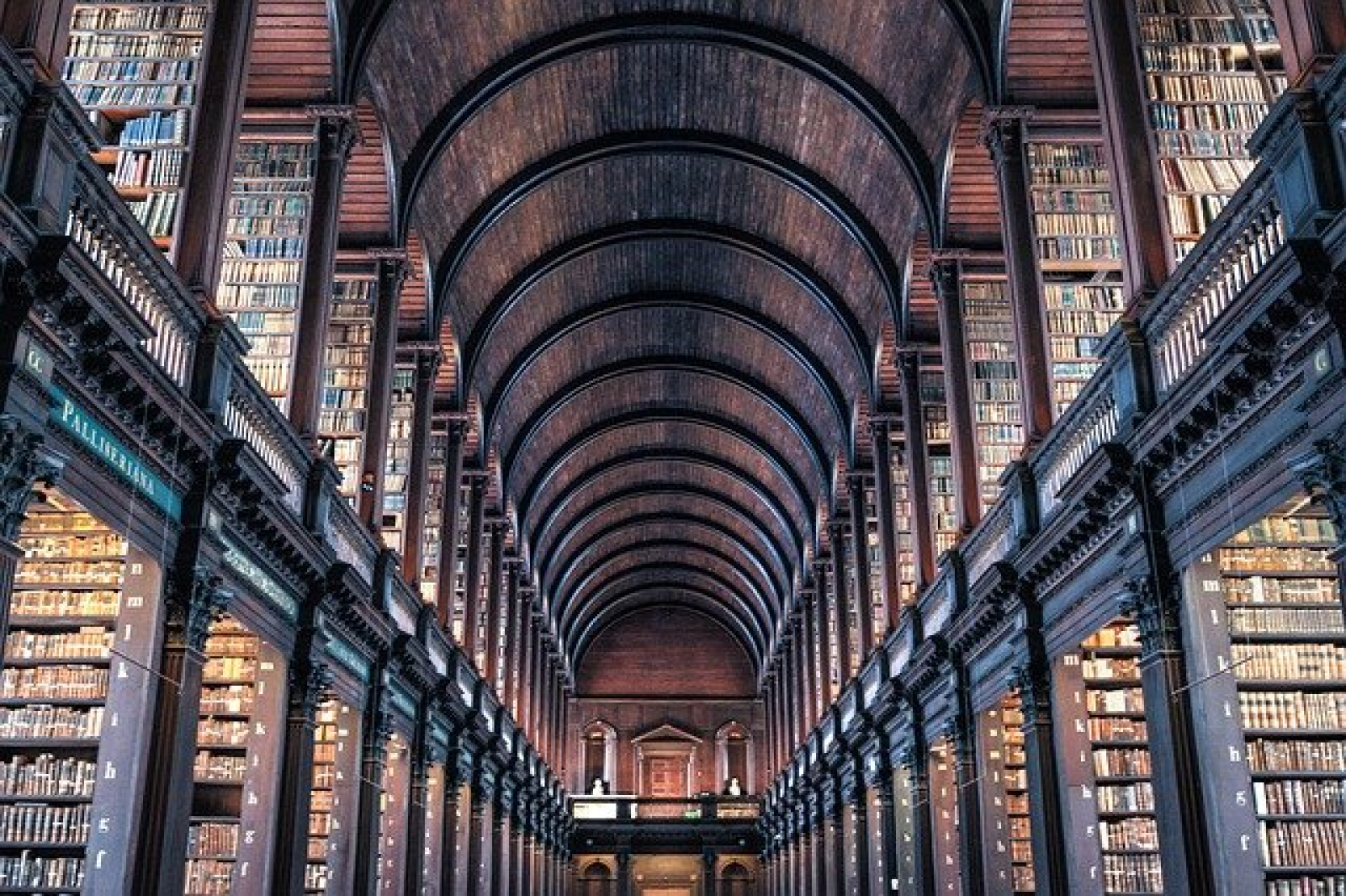 The Vaults are the remnant of something not even the gods have discerned. It was found by Chilland'thar, the dragon-god of winter and solitude, as he wandered between the Material and Ethereal worlds. He took it back to his lair which is a labyrinth full of hundreds and hundreds of miles of tunnels, chambers and caverns he dug beneath a mountain range buried under two miles of ice. He set it near a chamber wall that somehow strengthened the remnant which quickly returned to the place between the Material and Ethereal worlds, leaving a gate into itself attached to Chilland'thar's wall. Fascinated, Chilland'thar explored it and found it a roomy place he decided to use for storage. He named it The Vaults. Over time, he invited the other gods to do the same, naming their sections the Godvaults.

Over five thousand years ago, the elves and dwarves were united in a war against the Hrokentorm, an empire of giants which was on the brink of enslaving the last of both races. Their one hope lay in learning magic but the gods refused as they were irate at the giants for twisting their gifts of magic and decreed no other races will be gifted magic.   The young goddess of secrets, Boki, was frustrated that the other gods refused to help so she took matter into her own hands. She collected a group of her most devote followers and led them into Chilland'thar's lair.   Sneaking about unnoticed, they entered The Vaults and made their way into the Godvaults. The elves drank from the Dragon Chalice, which not only gave the drinker the power of sorcery, but allowed that creature to pass on sorcery to their offspring. The Dwarves used the Stone Iron to brand themselves with the mystical Rune of Knowledge, which gave the wearer of the brand the knowledge of rune mage. For herself, Boki used her Endless Tome to copy the contents of the All-Father's Collected Tomes of All Magic. Sadly, there were only the first ten volumes as the others were with Chilland'thar.   Lastly, they took heart stones from the Chamber of Gates: one for the elves, one for the dwarves, and one for Boki. They successfully escaped Chilland'thar's lair and thus began the spread of magic, the Gateway, and The Grand Archives .

The Gateway has been the spine of world travel for nearly 5000 years. Then, The End Of Instant where The Vaults destroyed all the gates save one, the one within Chilland'thar's lair. Returning to The Vaults by the one remaining gate within the God of Winter's lair and getting more heart stones is the only way to restore the Gateway, but not even Boki will aid the mortals to do so again as Chilland'thar is still testy over the last intrusion. That matters little, however, as not even he can enter The Vaults through the gate in his lair. He is dillegently trying to understand why. Still, Boki has a plan so secret that not even godly scrying can reveal it.
MECHANICS & INNER WORKINGS

The Vaults grow as needed and changes itself into any substance required for any and every place within it. From granite to basalt to Veriduun or anything imaginable, there is a place made of it inside ... or will be made the moment its required. The Vaults will make anything needed to contain its contents as well as add protections of its own choosing to ensure those things in its Restricted Section remain there. Mystical chains of impossible might needed? There they are. Maybe a tome binding table? There it will suddenly appear.
— Senior Clerk explaining things to a new Junior Clerk

The Restricted Section holds those things The Vaults considers too dangerous to exist and just as dangerous to destroy. Somehow it knows exactly was it needed to contain something, whether those placing it within The Vaults know how it or not. The Vaults will also move things within it that it determines a great danger into its Restricted Section and it does not care what mortals or gods think of its actions. This is the reason The Vaults are called temperamental.   Within its Chamber of Gates, The Librarian crafts heart stones that can be placed anywhere. Once a heart stone has stayed in that place unmoved for a year, it turns into a gate either to and from another place on the world or to and from The Vaults. These gates are found all over the world and, collectively, they are called the Gateway.

Answering: "Describe a valuable historical or ancient artefact in your world."
Visit Dazzlinkat's Competition Page Check all other answers to this prompt Competition Homepage