The intellectuals, the god-killers and the creators of runic energy. Peridot has always been viewed by other countries as either a country of geniuses or a country of the insane... the truth is that it stands on the exact threshold between the two. For every skyship and runic creation they use to improve the world there is a cursed lands, a cursed race or... worst of all, a catastrophic creation like the 10th level spell scrolls... saved by a group of unexpected heroes.   Peridot now fills a space where it is almost seen as a bastion of advancement and technology... whether that is good or bad is yet to be decided by the rest of the world. They have good trade ties with the other countries despite the distrust they are viewed with and they especially work well with the other northern countries in the world... though many believe their ambitions have gone unchecked for too long and that their heretical killing and banishing of the gods from their world and the north have often left the more divine and religious southern lands questioning the country.   Though, despite all of this, despite its size (even when including the floating Jewelled Lands, arcane islands forged to fly with the most successful in society) Peridots achievement of becoming a superpower in its own right can't go unstated.

Peridot is ruled as a bourgeois space, the most wealthy and successful businessmen rule whilst remaining top of their fields. These people are known as the 'Hands of The Jewelled' and deal with all political and law decisions amongst teams of advisors and lawyers. The factions of each person in Peridot then answer to the Hands of The Jewelled

Peridot aim to share their technology and runic creations with the rest of the world... particularly their invented ingredients the runic shards that are used in crafting of skyships and other machines.   This naturally comes with a price and so has left Peridot in a space where they can grow and research as they please knowing that other countries can't risk losing this valuable resource of runic shards.

Runic energy in short. Peridot boast the largest skyship fleets in all of Namarie whilst also possessing a very large force of soldiers despite its relatively small size.

Peridot was born when the god magi destroyed the forsaken race and used their tributes to ascend to godhood within the north. These god-magi are known to have removed the forsaken as they were a barbaric warrior race hell bent on their one race and domination over all else. This is half the truth and what most accept.   They have a different calendar that has been implemented across Namarie for its usefulness and not explicitly mentioning their God-Magi.   Soon after this clerics of the transmuter studied the latent celestial energy of the god magi and formed it into crystalline shards of incredible power, yet unstable power. Runic Shards, these creations formed the basis of Peridot's economy, trade and way of life.   It also drives those heavily exposed to it completely mad as showcased by the southern races and how they have suffered at the hands of runic energy and the endless quantities of it surfacing in their lands and across the north... though none so much as the south of Peridot.

Peridot utilises their factions by putting them under the umbrella of the hands of the jewelled and so can force factions into joint efforts if that is what is needed at the time for a price... though this often leaves Peridot working with paid for mercenaries as opposed to a military force and, despite their magical gear and power, they lack the tactical accumen or training of other countries forces... the infighting of Peridot has also given weight to this issue with the cursed and crimson blaze unwilling to give up their places in the country to support the hands of the jewelled.

Peridot worship the god-magi and this has drawn alot of tension from the opposite side of the continent who worship the traditional pantheon though they have mostly got along despite this due to trade and peace upon peace.   Peridot have a god for each school of magic and each mage represents different values that are further explained in the document explaining the gods of this side of the world.

Peridot gets along well with neighboring countries who echo their sentiments on the god-magi and worship them as such but who also can create and utilise assisting materials to runic shards such as Nomtai who create ruin ingots for Peridot.   Though, due to Peridot's corporate nature, they are also focused around trade with other countries... prefer to make a profit from tense situations than to escalate them and they have also been linked to supplying magical weapons and resources to both sides in conflicts if it suits their greed.   Peridot's other great ambition lies in the Castlands where they seek to continue their magical researches and go deeper within the country... though this has proved problematic as, despite their technological brilliance, peridot is lacking in divine casters and 'true' warrior adventurers which has led to them brokering deals with Thornden and Vallea for their unique skills.   Peridot have notably taken a deep interest in Kaechaek as a nation and have been aggressive in forming barony's there and forcing gentrification on the nation, slowly being seen as villainous invaders by the less patient or appreciative natives of the country.

Industrial power with runic energy and a variety of inventions to their names.

Peridot deal primarily in runic shards and skyships... which is also their method of transportation. This has resulted in every country's capital MINIMUM having an airship dock and more if possible depending on the size of the countries and continents being visited.   This has resulted in a FLEET and variety of airships in Peridot along with more countries consistently buying them... along with private wealthy groups buying them as a sign of wealth or method of getting ahead.

The ritual land of Sapphire possess the Mind's Jewel 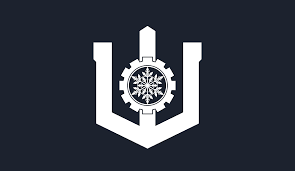 Type
Geopolitical, Country
Capital
Milyth
Alternative Names
'The Meddling Lands' 'The Innovators'
Demonym
Jewels (if they belong to a jewelled land they state the jewel such as 'Sapphire Jewel' for example)
Leader
The Hands of the Jewelled
Head of State
The Hands of the Jewelled
Government System
Corporatocracy
Power Structure
Dependent territory
Economic System
Market economy
Major Imports
The other countries offer either labour or inventions that Peridot value though of course Vallea have their time pieces that they sell for high prices due to their use as divining tools.
Legislative Body
Usually Imbros Verity is in charge of this, a high elf lawmaster and one of the hands of the jewelled... he is known to be an incredibly talented lawmaster and is completely unbiased... much to the chagrin of those who have attempted to sway him in the past.
Judicial Body
The Jewelled typically as they have received more and more consistent contracts with the hands of the jewelled to act as a joint primary military with other factions and also as lawmasters in all towns barring some dock towns and forest towns who set a heavier reliance on The Five Leaves or Kingfishers.
Subsidiary Organizations
Location
Milyth
Controlled Territories
Neighboring Nations
Notable Members