Infantry Drones were initially developed and manufactured on Desolation, while the empire was plagued with worries about another bank-breaking war and taking those worries out on the native population. The Drones have been used in every conflict since, but have met with some controversy as their use means fewer Stenza are dying in glorious, honorable ways on the field of battle. Doctors everywhere are relieved, however, that they have to reattach fewer limbs because of this.   Infantry Drones also see increased use during both Midwinter and the "Daylight Season" (which stretches from First Sunrise to Last Sunset), during which time many Stenza have religious or social obligations, and almost all Stenza celebrate festivities held in their culture since time immemorial. Most other martial activities are suspended for these seasons, but Infantry Drones are set to continue following their orders regardless.

There are two major doctrines guiding the use of Infantry Drones, working concurrently rather than competing with one another. The first is the use of drones to artificially inflate the size of the Stenza army as an intimidation tactic and to provide chaff of sorts in order to confuse enemy soldiers. Modern drones are also minimally armed and able to advance and fire on enemy lines, blurring the line even further.   The second is to use enough drones to keep a large portion of organic adults off the field of combat so as to reduce the incentive pups feel to follow them. This makes the use of drones on the battlefield the latest in a long, somewhat disjointed line of various tactics used by Stenza to keep their infants away from battlefields on and off Mudewei. 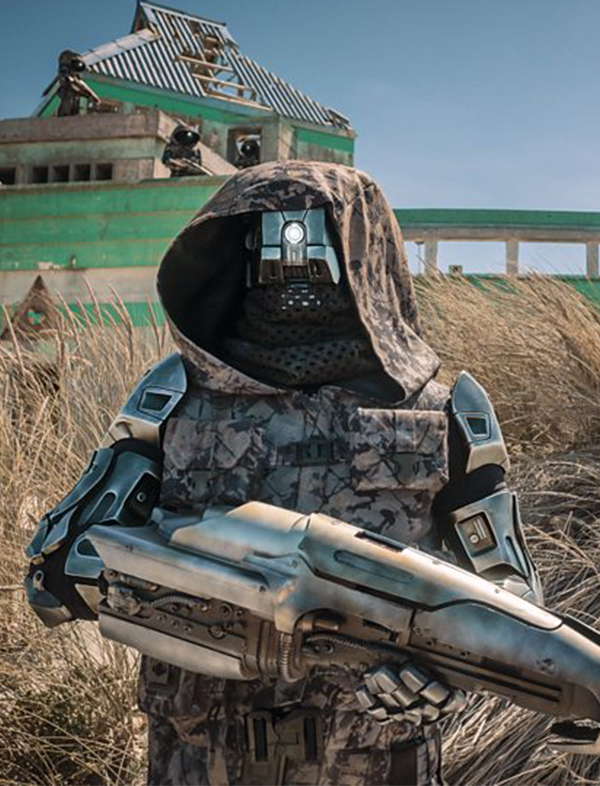