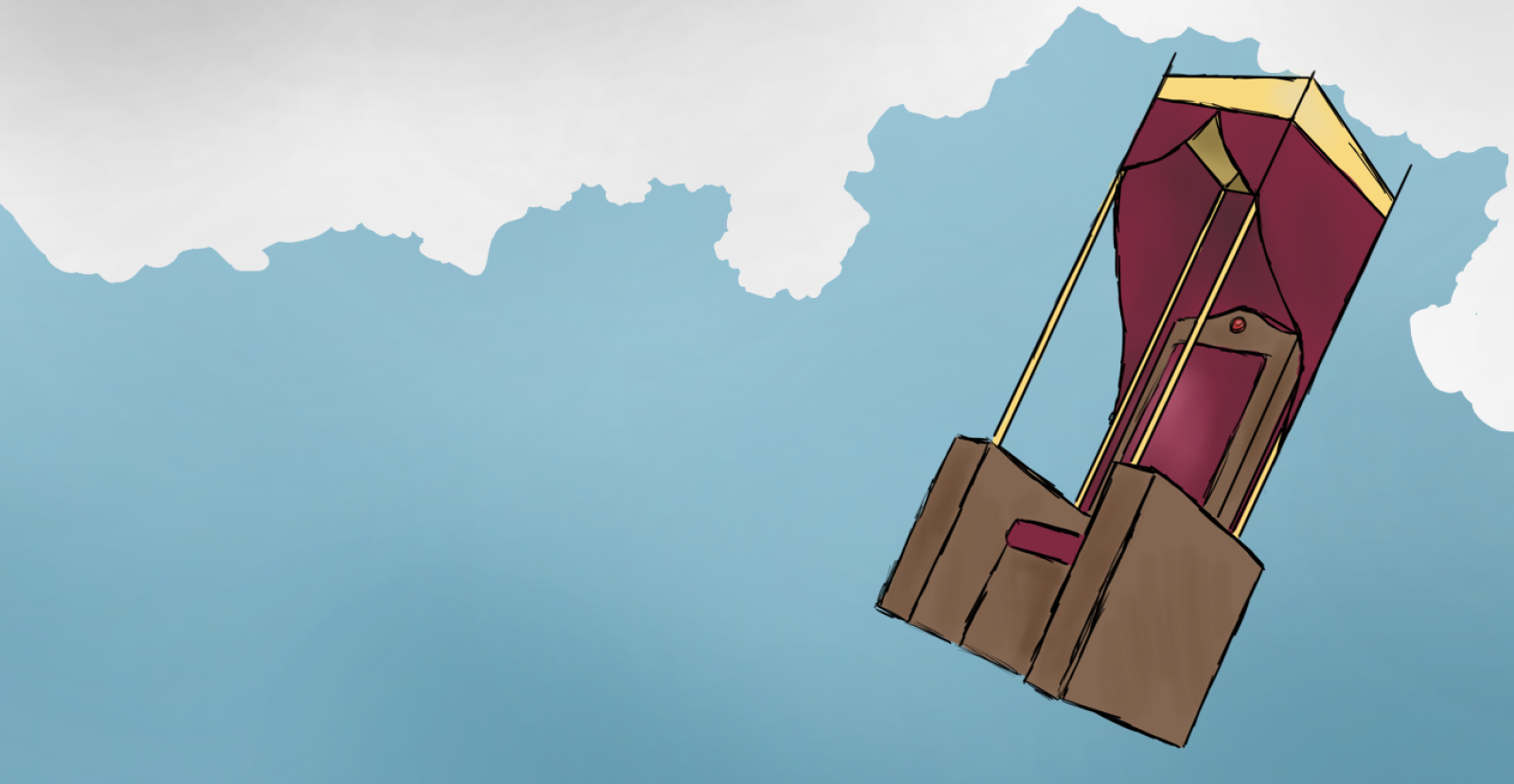 The lady hoisted up her dress as she stepped of the throne, which was now hovering a few centimeters above the ground. Mere seconds ago, the lady had been flying in a way unseen before, above buildings and with an incredible speed. She dusted of her clothes and then looked up at the servant.

"If you don't mind, we'll just have to wait. I didn't exactly give my men time to walk with me" she chuckled. The servant's face morfed into a mask of confusion. Then two young men came racing around the corner, staggering to a stop. They were both panting, not able to catch their breath.

"Miss, you promised you wouldn't do that again!" one of them blurted out.

"But Jack you forget; I'm the queen, I can do whatever pleases me" 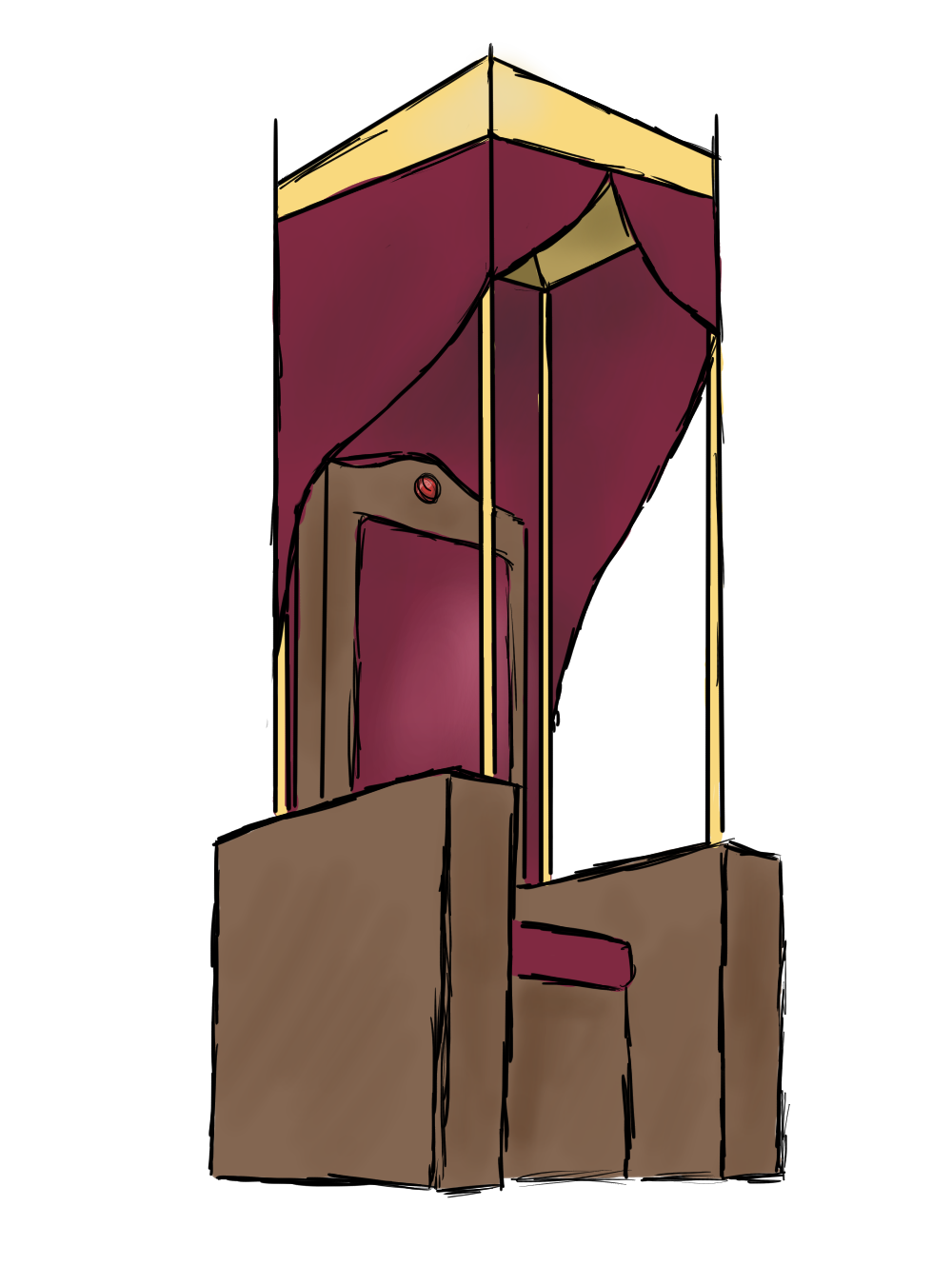 The Flying Throne is simply put just an enchanted chair. The chair has a spell on it which makes the person who sits in the chair capable of commanding it to fly or hover. The throne was one of the most sought after vehicles around the year of 350 AK, but not many were made. It took the sorcerer multiple weeks and sometimes even months to enchant the chairs and make sure they worked the proper way. Or else, there could have been countless dead, all of them important figures within the society.

Use of the Throne

Usually, the person using the chair would make it hover above the ground. It would move forward with a normal walking pace to that the servants following them around could walk besides them. The chair was actually made because many other sorts of vehicles took their toll on either servants or animals.

Some owners of the thrown have gotten more creative though, an example would be the Queen Selcari (Zuree's grandmother). She would race all over the city as well as above it in her enchanted chair. She was often told not to, as her guards wouldn't be able to keep up, but she never listened.

Get there in time without dirty shoes or servants!

Before the destruction: rare (only the rich)

After the destruction: extremely rare (only 5 known left)