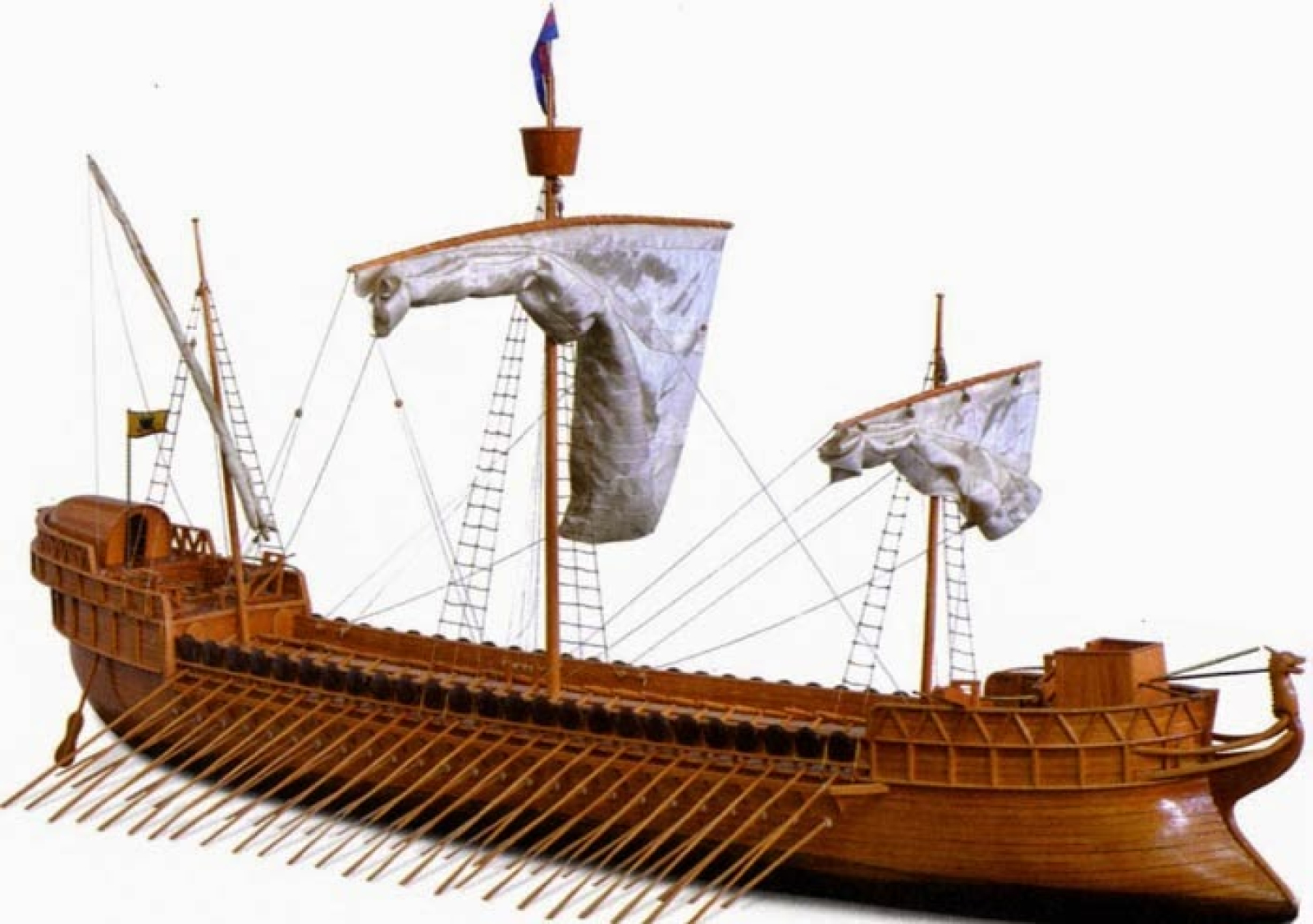 HMDS Anzio´s history is one of getting second chances after having been abandoned by its sailors, left to be broken upon the rocks by the sea. The Dercians saw the ship and decided that its time had not yet arrived and that it could still serve the Empire of Dercia well in its effort to keep the piracy to a minimum. Over the years she has served well in this role, becoming arguable the most famous ship in the fleet and even despite her age being a favoured posting for many officers and sailors.   During its time in the Dercian navy, Anzio has had several captains, captains like Cael Harper, a man that cared for his crew and knew their names, this made the crew proud to be serving on the ship and under Harper's command Anzio gained a reputation as a beast, ferocious and quite possibly unbeatable.   Anzio's newest captain is also the youngest to command the ship, but captain Elin in command of Anzio quickly gained fame in the navy and people say that one day she might even make it to High Sea-Lord. Captain Elin runs her ship as close to perfection as the gods allow, under captain Elins command, Anzio has captured two pirate bases and have boosted its already legendary status among the pirates as a ship whether it's alone or not be a ship they are to run from if they want to live.

Over the years, stories have been gathered from pirates that have been lucky enough to survive their encounter with Anzio and they tell about that whenever Anzio enters battle her enemies can see the shape of a young woman with ashen coloured hair and fire in her eyes holding two axes in her hands raise up next to the ship following the ship into battle.   No one believes the stories since none of the Dercian sailors have seen this mythical woman, most people just brush it away as an excuse made up by the pirates to explain why they were defeated by a single ship. Though, that have not stopped the sailors of Anzio from adopting the myth and make it their own.

As PCS Maly When she sailed under the Clifian flag she was part of a naval group that specialized in undercover missions and hit and runs and it was also under one of these hits and run missions where the ship hit an unchartered reef and had to be abandoned.   As HDMS Anzio After having been saved from the reef and been sent to a shipyard for repairs and brought up to a standard fitting for the Dercian navy, She was given the name of Anzio and because of its speed, she was placed into one of the pirate hunting squads that was patrolling the sea lanes.

HMDS Anzio was built in 1265 at the shipyard in Hollistad, Principality of Clifia a shipyard known for its construction of fast ships, she was given the name of PCS Maly and was built in the local tradition where they first constructed the outer hull to then proceed to construct the frame of the ship, the outer hulls planks were locked together by using a method where holes were cut out of the planks and then used a block inserted into that hole with the next plank, also with a hole placed on the top with a peg used to lock them into place.   The wood used to construct Anzio was given an experimental treatment before being used in the construction and this made the ship both faster and lighter than other ships of her class, this made Anzio perfect for the squadron that conducted hit and run tactics in the Clifian navy.   Because of this lighter construction, the ships of this type were normally able to sail closer to the shore and typically had a length to breadth ratio of the underwater hull of 7:1.   HMDS Anzio after she entered into Dercian service in 1271 was painted in the traditional Dercian navy colours with a blue hull with a red stripe running down the length of the ship and it was given sails with red and white stripes running vertically.   When entering Dercian service in an effort to keep the speed of the ship, the Dercians outfitted her with lighter but enhanced weapons that almost had the same firepower as heavier weapons.   on the front of the ship, 10 skulls can be seen, a sign of the number of pirate ships either captured or sunk by Anzio. 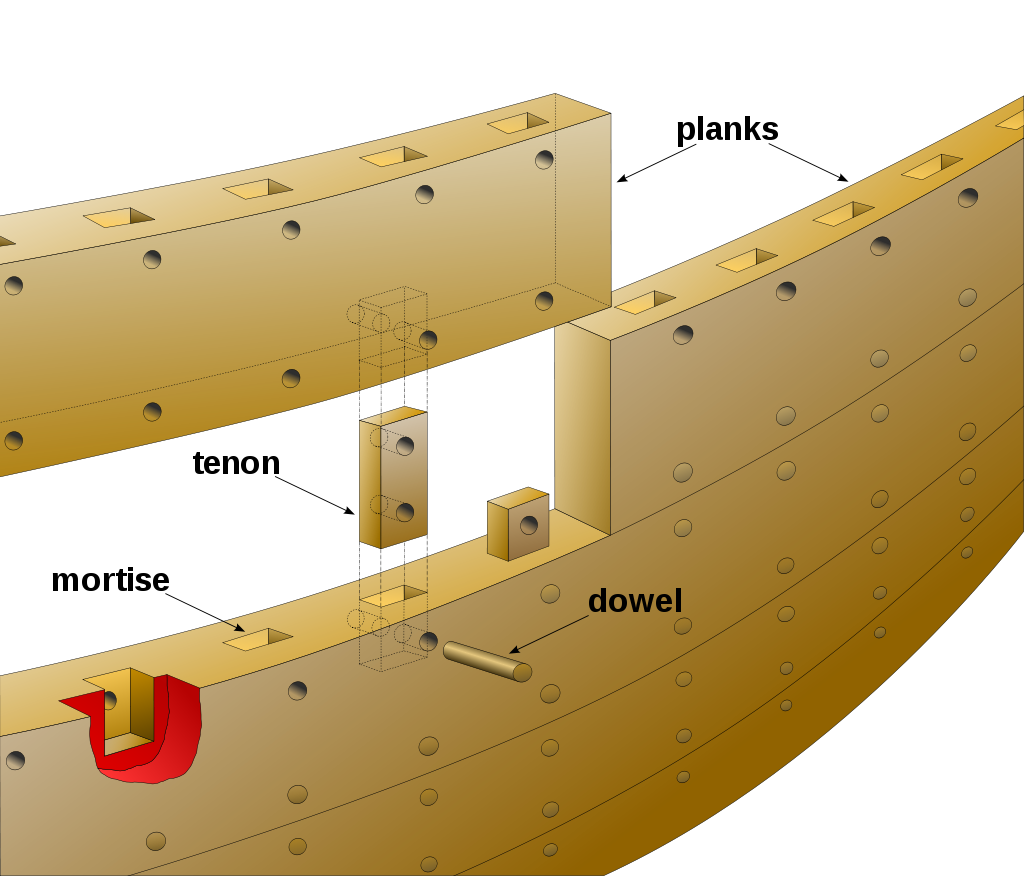 Early on "quite possiblY unbeatable" just something that caught my eye. A couple of you other sentences can probably be divided up into 2 or 3 smaller sentences. but other than that overall interesting ship.

Very cool that you used the mortis and tenon technique! I had a question tho about the passengers. Why only 10 compared to 70 tons of cargo?

Tbh, have not given it much thought, but I would say that since it's mainly a military ship not much room is dedicated to passengers, most of the space is taken up by rowers and marines and the supplies meant for them (the cargo)

Thanks for sharing this on stream today. I'd've been so bummed if I'd missed it.

I read 2 other articles that had how planks were arranged on more modern sailing ships. This is the first description of construction I read with the tenon and dowel. I like how you made that relevant to the ship's use. The history gives lots of hooks into potential characters and stories too!