The One who Governance
Order, Preservation and Stagnation.

"I remember it happening. It is as clear as daylight and it is not something I can escape. If I could talk about it anymore, believe me Sister, I would.
— Guardian, towards Origin.

Guardian is one of the Urh. Born before the Dawn of Time, he is said to be the second oldest conscious entity in Vael'Eteria, only being eclipsed by his older sister Origin. Said to be born from the Existential Force that is Isaris, a subforce of Sereoth. He is the living embodiment of Order and Preservation. The Guardian of Existence.
— Excerpt from Guardian, Son of the Creator.

He who was There

Gguardian is the only one in the whole of Vael'Eteria that remembers the moment at which Architect vanished. He has even heavily hinted to have been present while it happened. But he refuses to speak about it to anyone, not even Origin, much to her displeasment. Though she has wondered if it is not that he refuses to speak of it, but rather that he cannot speak of it. One final restriction made by Architect.
The Amnesia Pulse in general also had a lesser effect on him than other entities in Vael'Eteria, albeit not to the extent of his sister. There are still things that have become fuzzy and unclear, and a few have even been purged entirely.
— Excerpt from Guardian, Son of the Creator.

The one who Governence

Guardian is the one who oversees all of Vael'Eteria in his Father's absence and ensure that everything is in Order.
His main attention, however, lies on Alézun'Teran and particularly Miand due to his Sister's presence there. Mésvéstell manages mostly fine on its own, as it was designed to do by Architect.
He primarily acts in the shadows. Pulling on Threads of Fate and looking into the Dawn Light to see possible best outcomes. He makes sure that the worst possible outcomes only manifest themselves as Alterations and Alteration Spheres, while the Prime Variants stay whole.
— Excerpt from Guardian, Son of the Creator.

Strenghtening and altering the Fabric of Reality

Guardian — being of the Urh — have immense power. But where Origin can be likened to an author, Guardian is more of the editor who improves on Reality and alters things to better suit his purposes. He primarily strengthens the Fabric of Reality, keeps it in good condition, and heals it wherever it is damaged. And to accomplish that, Guardian utilizes the Threads of Fate and the Dawn Light to his fullest extent.
— Excerpt from Guardian, Son of the Creator.

Maniulation of Fate Threads &
Looking into the Dawn Light.

"Did you see it, Guardian? Did you look into the Dawn Light and saw what was about to happen?
— Origin, towards Guardian, regarding the Great Sorrow.

Guardian can apply the most subtle of touches to make sure his desired outcome becomes reality, no matter how seemingly far-fetched it is. It is said that not even Architect Himself was as talented in manipulating the Threads of Fate as Guardian is. The same goes for looking into the Dawn Light and looking at possible future outcomes, though he rarely look into it for too long, as it hurts him both mentally and metaphysically.

— Excerpt from Guardian, Son of the Creator.

"If I did not want you to continue with what you are doing, I would simply make you a baker or something else that is in your interest. You would not even question it happening ...
— Guardian, regarding a powerful member of the Nether Conglomeration, and his ability to make things go his way.

"How do you make it look so easy?!
— Origin, frustrated at Guardian's ease
at transmuting stone into flesh.

While capable of creating matter, be it organically, organically, existing or theorized, he is not as good at it as Origin. Which is an unreachable goal that is only eclipsed by Architect Himself, if even that.
What Guardian excels at, however, is altering existing matter into something else. Like transmuting flesh into stone — seemingly a favorite — in a seamless process, or turning oxygen into helium. He can bend and rework the Laws of Reality in ways that make Origin envious.
— Excerpt from Guardian, Son of the Creator.

The Avatars of Guardian are created to resemble a young to middle-aged Human. While he has preferred appearances, he has no limits and can look however he wishes. In general, his height is between 70 and 176 centimeters. His eyes, regardless of color are be cold and calculating.
— Excerpt from Guardian, Son of the Creator.

Guardian's human appearance is preferably that of an olive-skinned young man in his early twenties to mid-thirties. Short-cropped white hair is preferred, as is cold blue eyes with faint speckles of amber.
— Excerpt from Guardian, Son of the Creator. 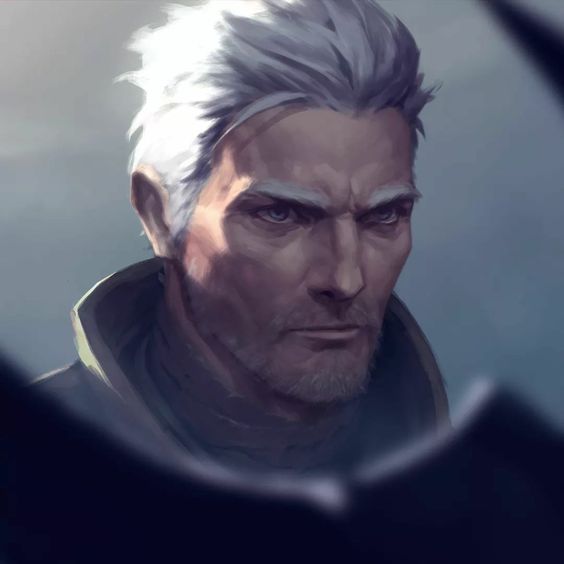 Guardian's primary appearance is that of a youthful, tall muscular man with short-cropped silver-blue hair, that stands at about 196 centimeters tall. His skin looked either fairer or darker depending on the surrounding light. His eyes are of a warm amber shade, with faint speckles of cold blue, and which have a tendency to give off Isaris wisps of smoke. He is embraced by a neon, cold-blue aura that can be intensified or subdued depending on his subconscious. 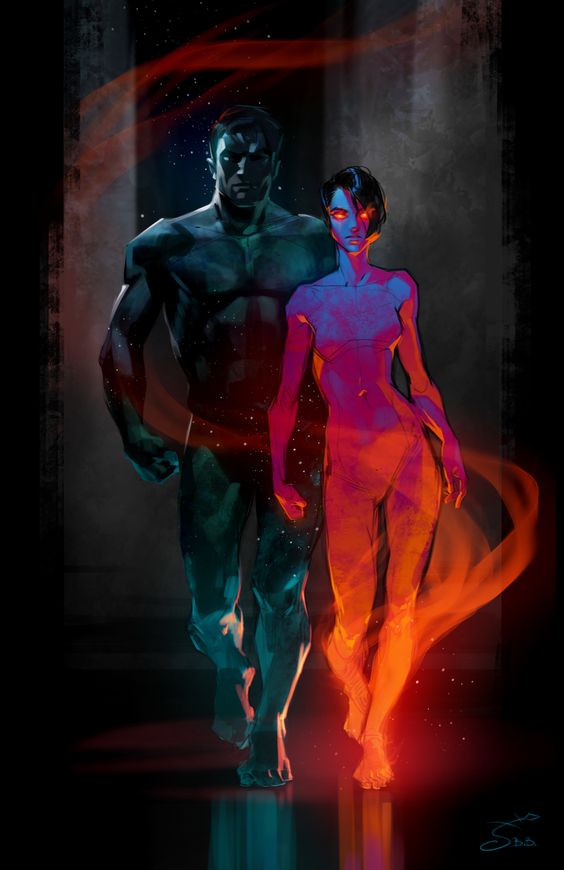 
— Excerpt from Guardian, Son of the Creator. 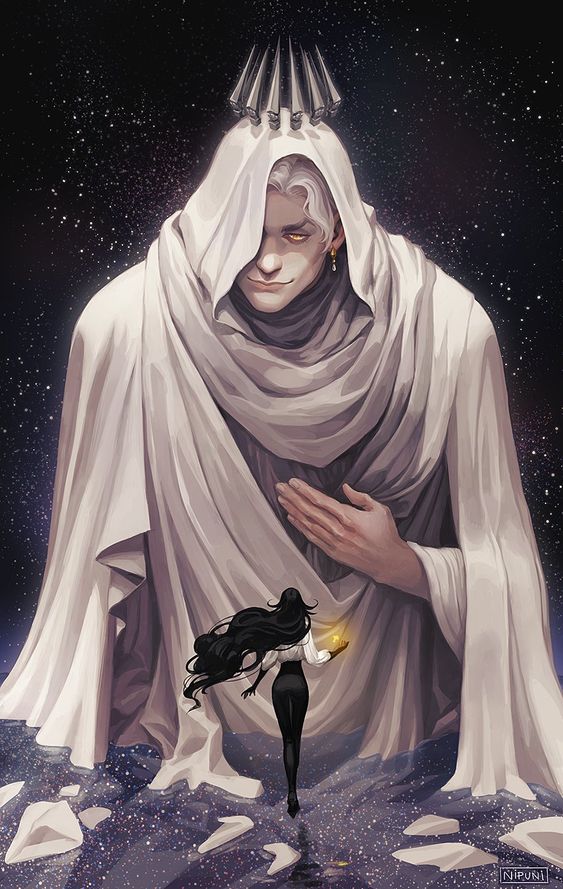