Fey, also known as fairies, are the physical manifestations of the Spirits from the Spirit Realm. However, unlike the Spirits, Fey aren't immortal but, instead, have a very long lifespan. The exact way by which Spirits cross the magical barrier separating the Spirit Realm from Earth and become Fey is unknown. Some people say that they break the barrier themselves, while others claim that Fey are a byproduct of Humans summoning Spirits to Earth. Whatever the truth is one thing is certain: Fey can't return to the Spirit Realm.

Higher Fey, sometimes called Elves, are the leadership of all Fey in the world. They are the most powerful Fey and have extraordinary magical abilities. Higher Fey are organized into Orders. Each Order leads the Fey of a specific continent.

Lady of the Lake

Lady of the Lake was a title used by several female Higher Fey from the European Order in the time after the fall of Rome and before the times of king Athelstan. Each Lady of the Lake was a protector of Britain. The most famous Fey to hold that title was Nimue who appointed a Romano-British noble, Arthur, King of England. As anglo-saxon control of England grew, Ladies of the Lake were losing their power and authority.

In their animal form Fire Fairies, or Salamanders, are quadrupedal reptile-like creatures. They thrive in fire and feed on it. In their humanoid form Fire Fairies look like red-haired Humans.

Earth Fairies, or Gnomes, look like short Humans (about 45 cm in height). Both male and female Gnomes have beards which are white no matter the age. In their animal form Earth Fairies can resemble badgers or foxes.

Water Fairies, or Undines, are almost identical to Humans. According to most observers female Undines are much more common than male. However, it isn't completely true. Male Water Fairies are also present, but aren't visible so much to Humans. In their animal form Undines resemble an eel or sea serpent.

Air Fairies, or Sylphs, are probably one of the best known Elemental Fairies. They are the type appearing in many of the children's tales. In their humanoid form they resemble Humans with wings, most often dragonfly wings. Because of the disproportion between the size of the wings and the person Sylphs can't fly long distances in their humanoid form. They can only levitate few centimeters above the ground. In their animal form Air Fairies are completely white eagles.

Hobgoblins are a type of Fey known for being helpful towards Humans. They do household chores while a family is asleep. These chores include dusting and ironing. The only compensation Hobgoblins require for their work is food. However, when offended Hobgoblins can be mischievous, frightening or even dangerous. They really fond of practica jokes.

Pixies are a type of Fey present only in specific regions. They inhabit the regions of Devon and Cornwall in the Great Britain. Pixies are small humanoid creatures with pointy ears and often wearing a green outfit and a pointy hat. They are very playful and often lead travellers astray.

Dryads are a type of Fey associated with trees. They live in deep forests and usually avoid Humans. It is said that first celtic druids learned magic from the Dryads.

Fey can be found all around the world, but they are most common around Ley Lines and secondary nexsuses of magic. Additionally, each type of Fey has their own preferred habitats. For example, Fire Fairies like areas with fire and Water Fairies live in bodies of water.

Most types of Fey can reproduce with others of their type. Hybrids of two types of Fey are rare and if they appear, they are often infertile.

I like the structure you give them, vaguely familiar but with a few twists and enough structure that it would be the source of some drama or conflict between orders or types. 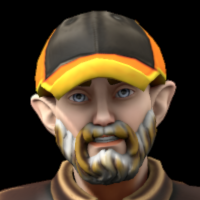 A few tweaks on old cocepts, I like this a lot. Looking forward to your articles on the other regions of Fey in your World