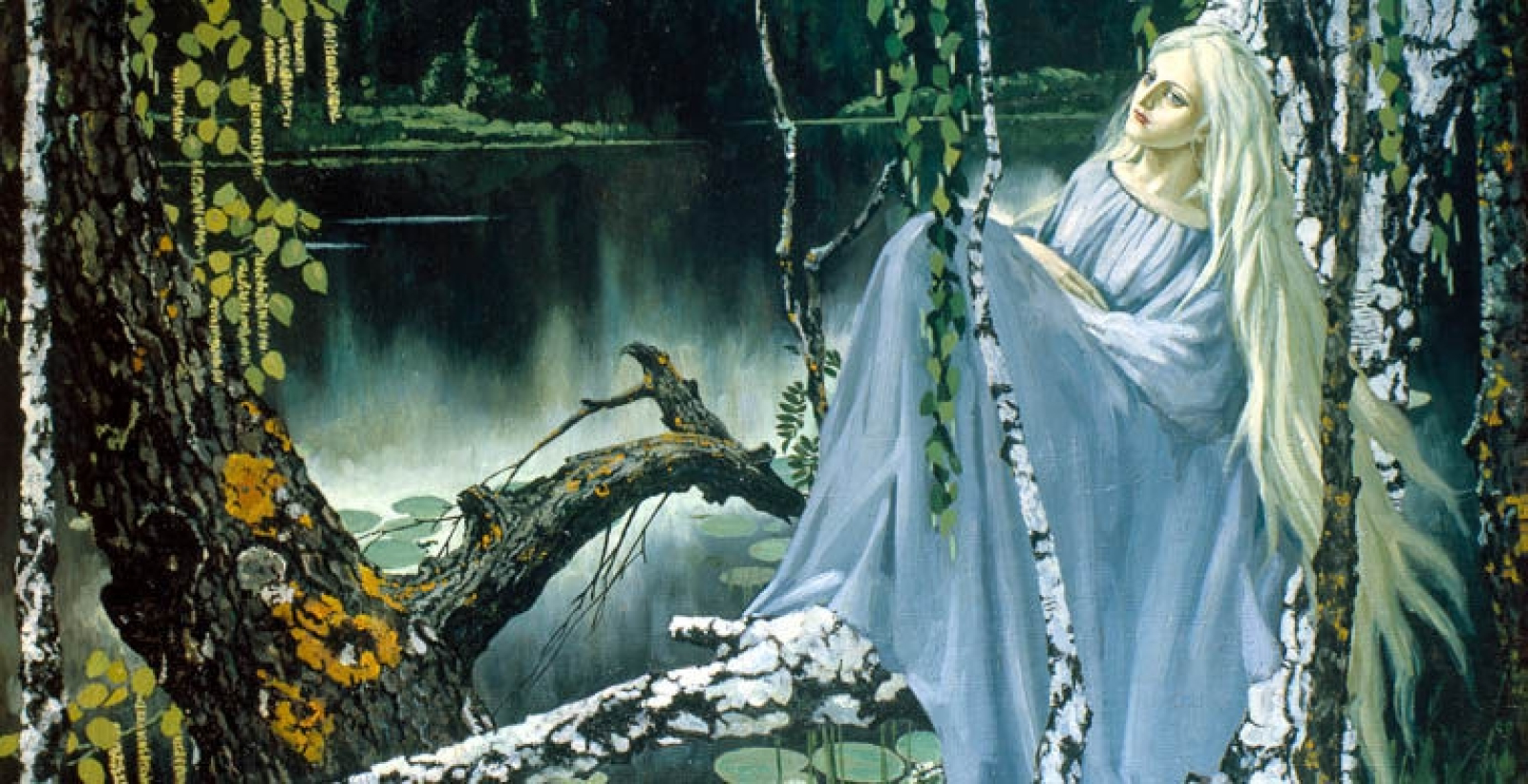 Rusalkas are water spirits who are sometimes associated with mermaids, but who are closer in nature and appearance to nymphs and dryads. Some contend that they are female counterparts to vodyanois - nechist' who rule over streams, rivers and lakes, though equally strong is their association with spirits of drowned maidens – victims of unfortunate or unrequited love. Rusalkas are governed by the sun-aspected god of passion and fertility Yarilo, as well as by his father Veles – the Lord of the Underworld. This dual nature makes them simultaneously frightening, appealing, and caring. Despairing over their lost life, they seek to recapture it by recollecting human practices such as bathing, washing, and sewing, but, more ominously, by luring people to their deaths in the watery depths that now serve as their home. They are preternaturally fast, able to take the form of water horses and to ramble down rapids or along riverbanks at great speed. At the same time, they were originally spirits of brightness, quite similar to the beregini who lived along coasts and protected travelers who sought their aid. Perhaps that is why rusalkas are often found out of the water, sitting in their favorite trees, looking at their reflection in the water, and combing their hair.   Many rusalkas are horrifying in appearance, having ghastly visages, bloated and sagging bodies, green hair and a generally greenish-pallid hue, but some are beguilingly beautiful (which can make them all the more dangerous). The latter occasionally mate with humans in order to produce changeling offspring, or for other inexplicable reasons. The children of such unions tend to be attractive and introspective. Rusalka parents defend their mates and families ferociously, as happened in Chapter 6, after Alden Gravenitch killed the husband of such a rusalka.   When attacking, rusalkas try to charm their victim to enter a body of water, and then, they will drag them below while sucking the life out of them.
Genetic Ancestor(s)
Origin/Ancestry
Either descent from a fallen nechist' being, or suicide
Lifespan
Immortal
Body Tint, Colouring and Marking
Greenish