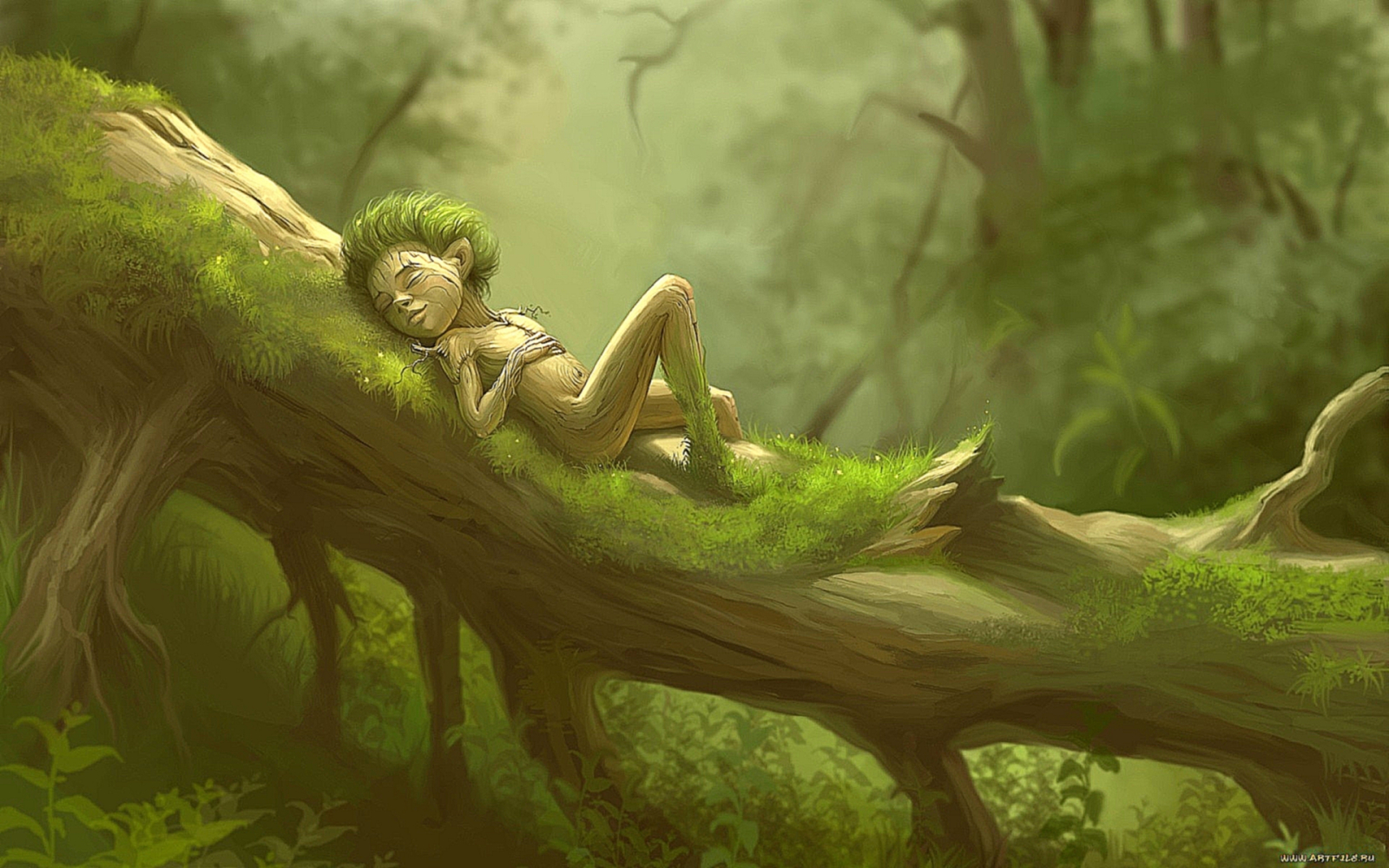 The leshy – master of the forest, proclaims himself the chief among nechist’. Furthest removed from human sensibilities, he (or the female counterpart – the leshichikha) is the spirit of wildness. Leshys rule over the forest, and delight in misleading unwary or disrespectful travelers. Some torment people simply out of spite, though most do so as a warning, or with a view to defending their realm. Leshys also command the plants and animals of their lands. They create thickets to trap visitors, can grow as tall as a tree, hide among blades of grass, and may take the form of, or summon, wolves, bears, and other woodland beasts. Leshys are adepts of wild magic, which allows them to race through the forest at breakneck speed, fill people with dread, create gusts of wind, tickle travelers unto death, or turn invisible.   Standing diametrically opposed to human social order, leshys, though they easily assume human form, mock or pervert human customs. They wear clothes backwards or inside out, comb their hair to the left, and yell or sing at the top of their lungs. Their physical appearance blurs the lines between human and beast, as they often sport horns, tails, hooves, or other animalistic features. Their tough, bark-like skin possesses a green tinge as a result of the bluish blood that flows beneath it. Their eyes also burn as green coals, they often lack eyebrows and right ears.   Generally, leshys stay in their own domain and do not intrude on human villages, but they do on occasion take human mates in order to exchange such offspring for human children. Some of the changelings remain in the forest, however, for despite their anti-social demeanor, leshys do like to dwell with others of their  kind, often forming large families or even clans, that are presided over by particularly powerful elders, who are in turn rumored to be subject to a woodland tsar.

Half-leshys   Half-leshys are perhaps more difficult to raise than any other changelings. They are highly plaintive and stubborn, and are among the slowest among changelings to learn human speech. The half-leshy who survives the sickly childhood years, however, begins to reflect their nechist' parent's traits by growing physically powerful very quickly. At adolescence, they are liklely to be larger than all of their peers, and are frequently accused of causing (perhaps unintended) injury to people and harm to inanimate objects. While they do not generally display the physical characteristics of their nechist’ relations, they may look distinct because of their hulking appearance. Despite their great strength, many of them remain half-wits on into adulthood, and not a few develop weakness for drink. Even those that have average or higher intelligence tend to reject customs and conventions, and behave in ways that most people defines as “idiotic”.   Character   Half-leshys who find their way to urban areas often take to a life of crime, while those that remain in the village tend to focus on activities that often take them into the forest – collecting berries, mushrooms, or firewood, hunting and trapping, or traveling. Perhaps more commonly than other changelings, half-leshys return to their leshy family. Where there is no family, they take up residence in the forest, as ascetics or solitary heathens.
Genetic Ancestor(s)
Lifespan
Immortal (full leshy). Human (for changelings)
Body Tint, Colouring and Marking
Hulking appearance, tough, woodsy skin, possible green-tinged hair and horns.