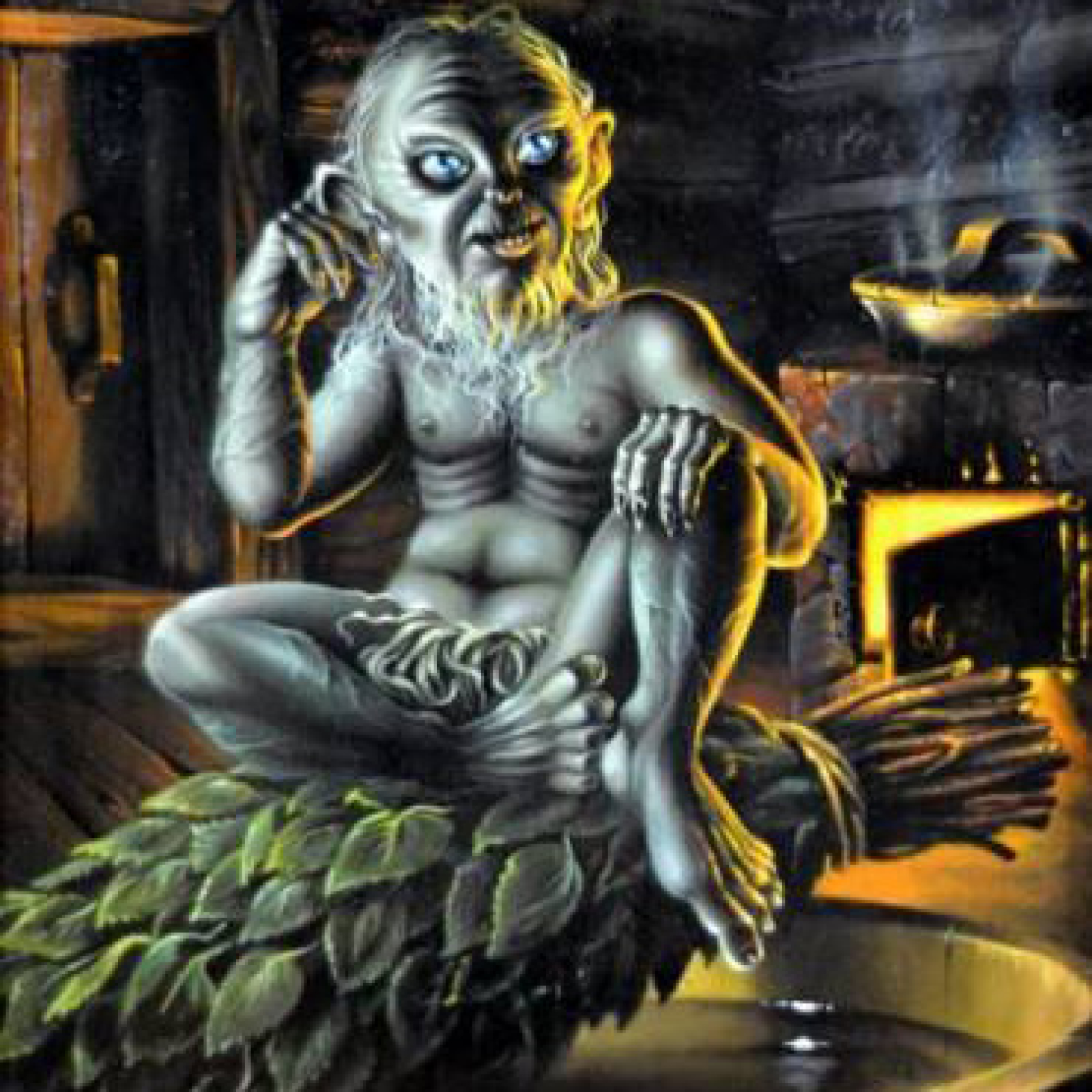 Banniks are masters of the bathhouse, one of the most important institutions of village life. While cleanliness might be next to godliness, the Nor’ bathhouse stands at the boundary between the peasant household and the wilderness, the True Confession and the old heathen beliefs, life, death, and spiritual rebirth. The antechamber to the steam room is the literal boundary between these worlds – a nail on the wall is there for the bathers to hang their cross, as they enter the bannik’s domain: the bannik does not tolerate any symbols of the True Confession. Once inside the steam room, the bannik’s other demands must be followed – he claims the hottest steamings for himself, his family, and his spirit guests, and he will flay anyone who intrudes on him at this time. When the humans’ turn comes, relations between them transform as well. Copious amounts of alcohol and other mind-altering substances are consumed, people hit each other with birch switches, and those who enter as strangers may become intimates. Standard gender etiquette breaks down. The bathhouse is also the place where women commonly give birth, and where midwives practice their potent hedge-magic. Here, warlocks and witches enter into pacts with their patrons, while sorcerers develop and hone their inherited magical capabilities. And the bannik is the tutelary spirit of the domain where all these transformations take place.   Banniks appear as dark, hirsute humanoids with long disheveled hair on his head, moldy beards (for males), and long, iron-like claws. Though (for obvious reasons) they usually appear naked, they are masters of disguise and invisibility.

Half-banniks   As a bathhouse is an ideal place for the conception of changelings, the bannik may charge humans to raise such creatures as the price for magical initiations and gifts. Like most changelings, these children tend to be ugly and troublesome, and rarely survive until adulthood, but those that do not only inherit their nechist’ parents physical characteristics, but also some of their flashy magical talents, as well as their resistance to heat and the forces of the netherworld.   Character   Half-banniks like to live by their own rules irrespective of conventions, laws, and power relationships in human communities. In their own life, however, they are highly ritualistic creatures of habit, and if their unique lifestyles are respected, they can be quite generous, and form long-lasting friendships and business partnerships. They typically pursue long-term plans, and devote their life to these obsessively, though they like to create a familial and comfortable atmosphere in which to best pursue these goals. Despite their eccentricities, they, like their bannik parent, do not want to wholly separate themselves from human society, preferring to remain at the margins – as healers, woodsmen, messengers, or perhaps even members of various obscure professions in the larger towns.
Genetic Ancestor(s)
Lifespan
Immortal (full bannik). Human (for changelings).
Average Physique
Typically thin and short of stature, but wiry. Many have long, iron-hard and sharp claws.