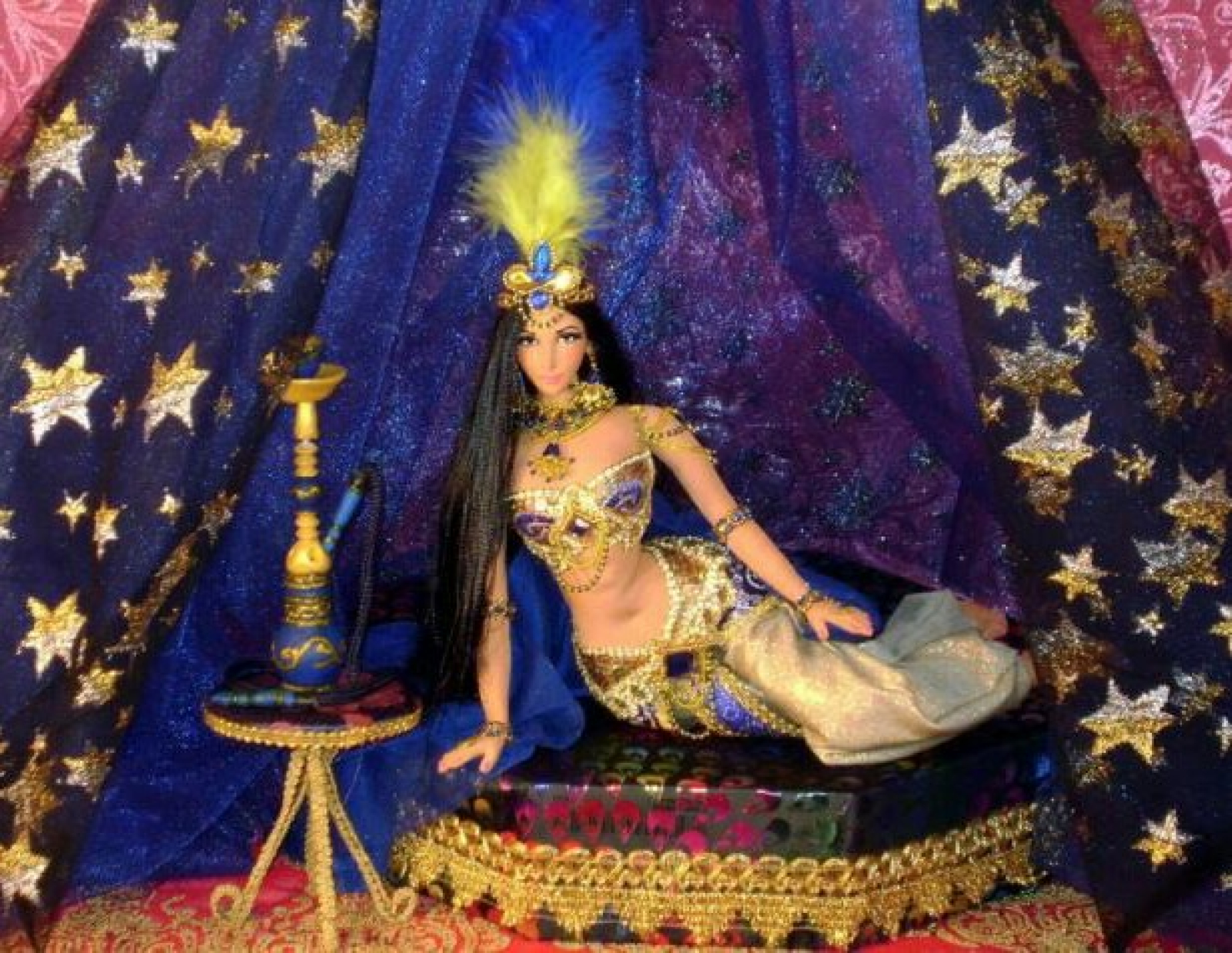 Six huge wolves charge down the tunnel. Yuri mounts the horse, sweeps Svetlana on behind him, and charges at the predators with his spear. Two of the wolves engage him, while the rest divide between his companions. Zorina fires her bow at the creatures while they approach, Lokan  goes to work with his sabre, while Agapia  and Vorobei defend themselves as best they can. Fired by the vigor that comes with having a new mount, Yuri brings down two of the wolves with his spear, while the rest flee back the way they came.   The party pursues, and soon comes upon a large, roughly oval chamber with six side passages leading off into darkness. In the middle of the chamber is a rough-hewn stone horse statue, with an opening at the bottom of the torso. And at the far end is one enormous she-wolf, apparently with pups underneath. The defeated males cower there as well. The she-wolf is ready to fight for the death for her pups, but Lokan promises to let them live if she lets them pass, and a deal is stuck. Before leaving the chamber, Yuri jumps up from the back of his horse, and inspects the hollow body, but it appears to be empty, though Lokan smells the recent presence of horse bones inside.   The party then follows one of the tunnels, which leads to a somewhat smaller, roundish chamber, which is apparently empty. Shining a light on the ceiling, however, reveals two dippers suspended from a spike or hook - one gold, and one silver. Within sight of long-desired treasure, Lokan has Yuri stand on his new horse, and hoist him up on his shoulders. Using a wire and a bit of luck, the wolfman manages to pry both from their resting place, feeling very satisfied with himself. Yuri brags of his horsemanship prowess to his new bride.   Wanting to recover a bit after the fight with the wolves, the party retreats back to the entrance, but finds it blocked by a huge boulder. Yuri urges his mount to put hooves on it and push, while his companions assist, but there is simply not enough room for all of them to be able to push on it, and it remains in place. Apparently trapped, the party settles down to rest, hoping to use its talents to heal its wounds after respite.   After Agapia, Zorina and Vorobei minister to the group later that day (or early the following day), the decision is made to inspect the central passage - the left not being of interest to Yuri, who is already married.After traveling several versts underground, a glowing opening is seen up ahead. As the group approaches, Agapia casts her die, and feels a strong sense of blood and fire up ahead. The chamber beyond is dimly lit by a mysterious light. The floor is littered with bones, and there are ledges on either side, though they do not go all the way around. A rickety rope bridge leads across the center of the chamber, though its end is not visible. Agapia and Lokan try to make their way around the ledge stealthily, but a great rustling is heard underneath the bones, and all of the companions, including Yuri, decide that discretion is the better part of valor, and flee back the way they came.   That leaves only the left-hand passage. It proves shorter than the rest, though it noticeably rises, whereas the right-hand passage fell, and the middle one was level. It, too opens into a chamber, from which light emanates. A soft singing can also be heard up ahead. Vorobei changes into a hawk, and flies in to investigate. Inside is a ring of fire, and beyond the ring, a silk tent stands. When Vorobei returns, he inexplicably turns on his companions! As they try to hold him off, they enter the chamber, where they behold the fiery ring, and a woman, dressed in Kochmak  (or southern) style rising up above the flames with shadowy wings. Zorina fires at her, and Agapia recites some nonsense verses, but to no avail. The woman flies toward Lokan, and apparently releases Vorobei from her spell. Offended at having been bewitched, or perhaps, spurned, he transforms into a falcon again, and flies off toward the exit. Lokan, however, is helpless, as she approaches him, and kisses him on the lips. His fortune leaves him, and the wolfman falls, lifeless, and all Yuri can do is to lift his body up on the horse, and gallop toward the tunnel on the other end of the chamber. The remaining companions flee after him.