Berke Bolat ('Steel Berke') is a tavern fighter and a member of the Banu Tabar criminal organization. He is a large, muscular Kochmak who frequents a tavern run by a certain Erkebulan (called 'Kesha' by the Noriki) near the main souk in the center of Udyn. Local legend has it that Berke is undefeated in tavern fights. Whatever the case, he has hangers-on and henchmen who accompany him on his outings in the tavern and drink with him (Berke prefers beer). Berke must look in charge in front of his men, and will not tolerate people hassling him or not showing the appropriate deference. At least not openly.   Berke was approached at Kesha's by Yuri Barolov, Lokan and Agapia. The three were looking for information about the captives from Vladykino who were recently brought to town by raiders. Berke insisted that the supplicants buy him and his companions a round of drinks. Lokan, who initially addressed the man in a secret sign language, claims poverty and asks for a job instead. Though Yuri fulfills the demand, Berke takes Lokan outside to teach him a lesson. Once there, he explains to the vagabond that local etiquette militates against untimely haggling. He expresses interest in finding out what the man wants, though, and then proceeds to sell him three pieces of information: one, that the captives are being warehoused on an island in the river, and that many have already been sold; two, that the young women of Vladykino were not sold downriver, but transported to the other bank soon after the raiders arrived; and three, that an envoy of the Grand Prince arrived in the Nart quarter soon after the raid, and is staying at the house of a boyar named Georgii. He also says that for a prince, his people could smuggle the companions onto the island. At the end of the discussion, Berke has Yuri slug Lokan and give him a black eye, and then has Lokan show off his black eye inside the tavern before he allows him to leave.   Subsequently, Yuri and Agapia came to seek Berke again after Yuri had escaped from the citadel. Yuri presented Berke with the letter written by Karim, and Berke acknowledged that Karim was a friend. For this reason, he agreed to help smuggle Yuri out of town along with Agapia. As Yuri had no money, he agreed to do it for free, and hold Agapia for collateral (saying he could always collect the money from Hegumen Mitrofan if Yuri objected). He had the two stuffed in barrels, and his followers brought them to Shatkal by watercraft. Lokan and Alden also visited Berke the following day, asking if he heard anything about Yuri. Berke denied that he had anything to do with his escape, but sold Lokan the information about what had become of Yuri. He also collected the payment for smuggling Agapia out from him. While conversing with both Yuri and Lokan, Berke denied stealing holy water, and tried to dissuade them from escaping from the city using the tunnels, saying that groups that had nothing to do with the Banu Tabar used them.   Berke presumably still lives in Udyn and frequents Kesha's establishment.   He appears in Chapters 8, 13, and 14. 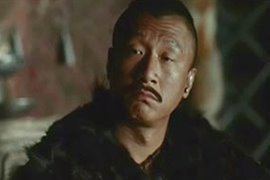