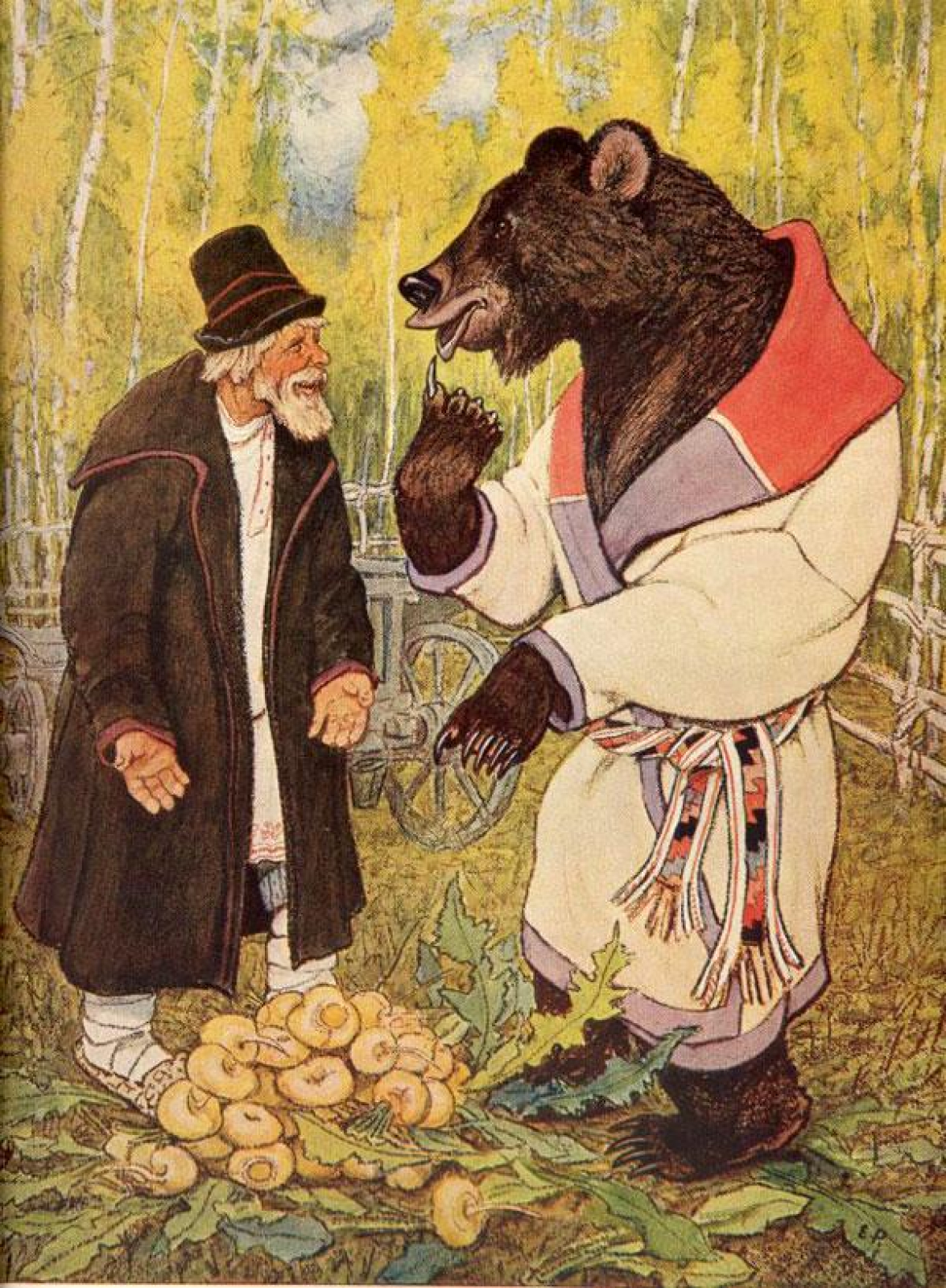 In the Land of Nor', the Bear is the strongest of animals, who are all subject to Tsar Medved' - 'King Bear' - the ruler over all beasts. Some even say bears were the first gods, and as symbols of health and fertility, they stand as close to the divine as humans. Partaking of both natures, bear shapeshifters do practice noblesse oblige - they are defenders of the weak, protectors from evil, and even shepherds. At the same time, they see themselves as guardians of the spirit world, and partners of the beings that govern the forest. This dual function makes bears both well-regarded and feared among people. Bears are given names that underline their familiarity and kinship with humans – Mishka, Mikhailo Potapych, Toptygin – but this familiarity conceals a fear of calling Bears by their true names because of their awesome power. In their human form, Bear shapeshifters usually look like friendly giants – tall, hefty, covered with hair, with broad, smiling faces, though the smiles can easily change to a determined frown if a Bear is angered.   Despite his kinship with Tsar’ Medved’, Mishka the Bear is the giant as Everyman when living in human society. His ideals typically include living in comfort and marrying a good, handy spouse. His background may be that of a simple peasant, but he may also be found in a band of trouper free spirits, or living in a small hut on the outskirts of human settlement.   The bear shapeshifter is usually physically powerful, but on the downside, he is sometimes, boorish, greedy and inhospitable. If he lives on his own, he is rarely welcoming to unexpected visitors, though he is always looking for help around the house (which he are usually poor at keeping). To this end, male bears will sometimes kidnap girls from nearby settlements, although these kept women are not generally mistreated when living as the bears’ prisoners. Many escape, because despite the bears’ sense of humor and love of a good laugh, they are often dimwitted, and may be easily tricked - or so stereotypes have it. Tricking Bears usually involves food – especially honey, for which they (like Vasya Toptygin) have a well-advertised weakness. Not infrequently, they also have a fondness for drink. They are also seen to be clumsy and bowlegged, and hence are (rightly or wrongly) associated with low dexterity.   Female bears also exist, though they are somewhat less common than males. They are usually found living among people as hardworking peasants, loyal servitors, healers, and, occasionally, warriors. Sometimes, like the famed Nadezhda Petrovna, they are matriarchs of forest-based shapeshifter clans.